The 33-year-old, who won gold at London 2012 and Rio 2016, now looks certain to miss out on the Tokyo Games after being penalised for ‘ducking’ Chase McQueen during the swimming leg.

But Alex Yee showed that he has a chance of emulating Brownlee and challenging for Olympic medals with his maiden win.

Brownlee says he will now have ankle surgery before focusing on long distance triathlons in the future.

He tweeted: “That’s not how I wanted my last World Triathlon series race to pan out. I’ve struggled with an ankle injury for three months and have done everything possible to get it better and stay fit for racing.

“I knew I needed a lot of luck today and it wasn’t to be.

“I think GB have a great team going to the Olympics and I wish them all the best. @Lixsanyee performance today was outstanding and a breakthrough. 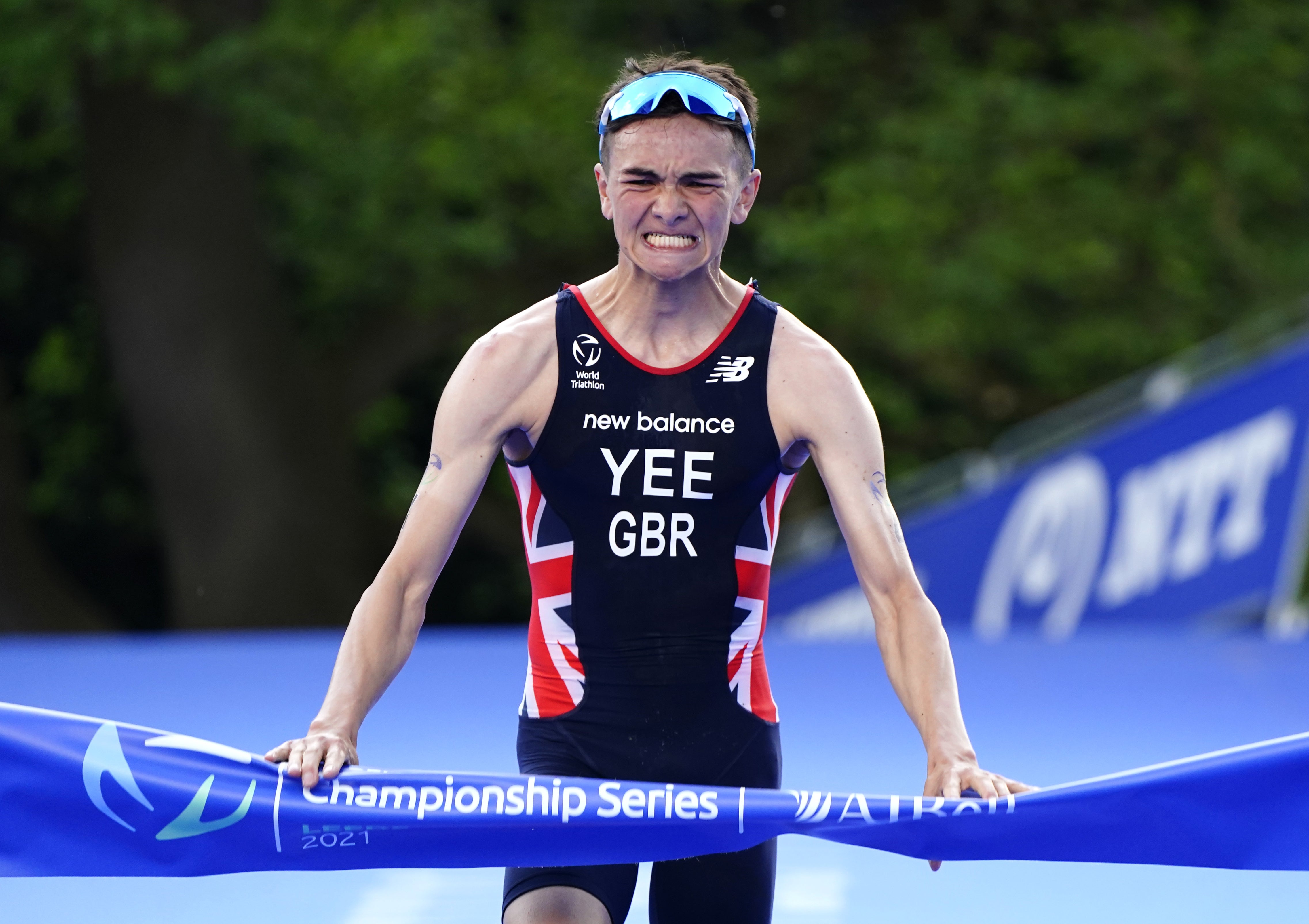 “I’ve known my ankle needs surgery for a little while. My focus will be on getting healthy again and then long distance triathlon in the future.”

The 23-year-old won it thanks to a fine running leg, allowing him to cross the line 25 seconds ahead of American Morgan Pearson, while Marten van Riel finished in third.

“That’s the best feeling I’ve ever had in my life,” Yee said on British Triathlon’s official website.

“It’s been so long since I’ve seen so many of the people that I saw whilst I was racing because of Covid and to do it in front of all of those people and just deliver is really special and at such an important occasion I guess as it was today and a home race as well.

“That was incredible, there was so much noise. I can’t describe it, when it just feels like you’ve got 4,000 people behind you giving you an extra push. I’m over the moon to get a result like that.”

The Dutchwoman finished 11 seconds ahead of Britain’s Jess Learmonth, with fellow Briton Sophie Coldwell a further nine seconds back.