Skip to content
HomeLifestyleAnthony Ramoss Road to ‘In the Heights’

The In the Heights star on his road from Broadway to Hollywood. 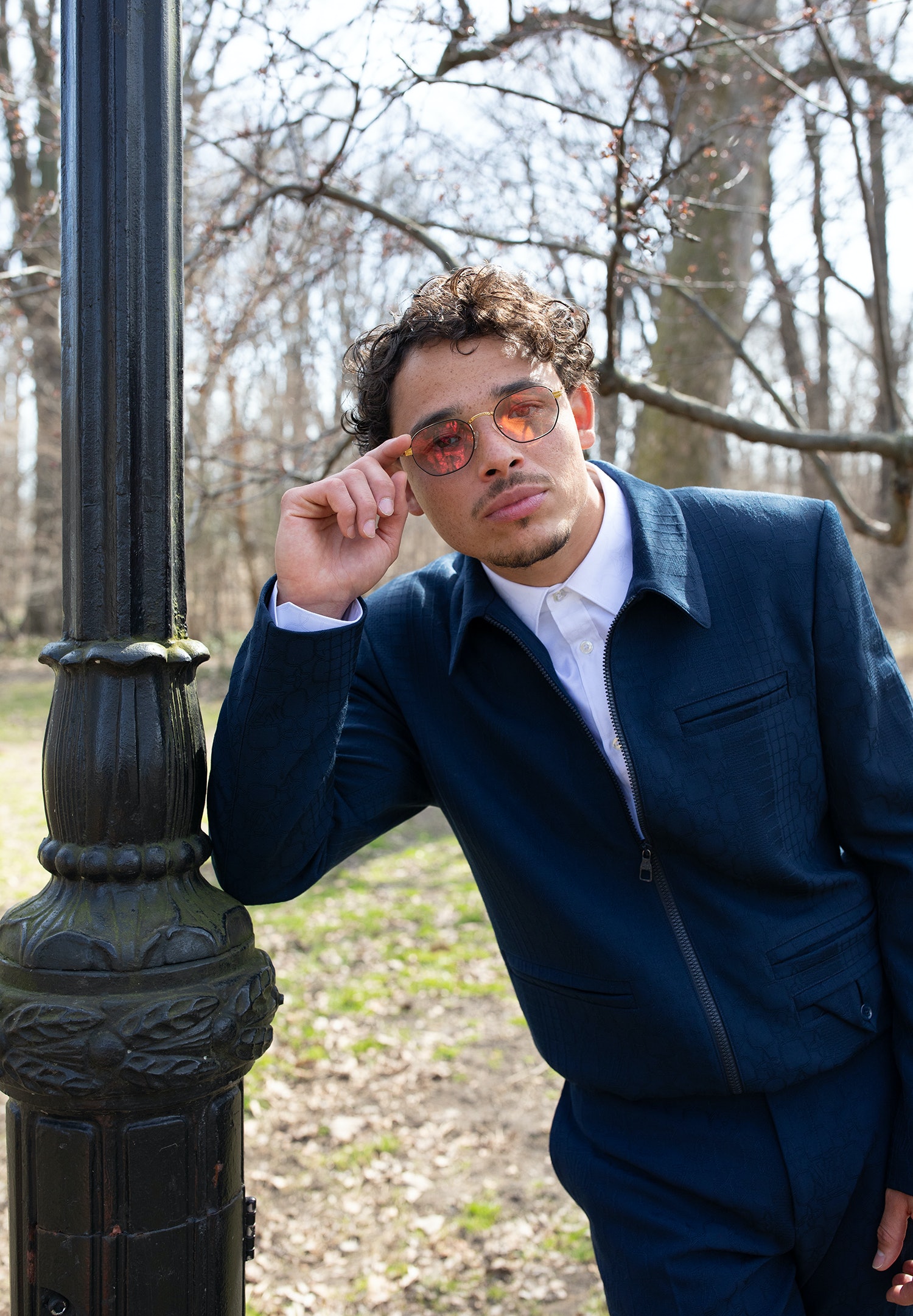 Anthony Ramos’s journey from theater kid to star of the film adaptation of In the Heights has been defined by both hard work and serendipity. If the movie (which premieres on HBO Max and in theaters on June 10th) had been made shortly after it was optioned ten years ago, the lead role would have been played by the writer and original star Lin-Manuel Miranda. But years of “development hell” resulted in Ramos landing the part that is sure to rocket him from beloved Broadway actor—you may remember him from that other Miranda project, Hamilton— to bona fide superstar. Meanwhile, the 29-year-old Brooklyn native has been hard at work on his second full-length R&B album, Love and Lies, which will be released early this summer. He can currently be seen starring opposite Uzo Aduba in HBO’s In Treatment. And he’s preparing for a lead role in the next Transformers installment. In an interview for W’s annual music issue, Ramos opened up to Editor at Large Lynn Hirschberg about performing on a Royal Caribbean cruise ship, finding inspiration in his community, and landing his breakout role while in the middle of a pity party.

You play Usnavi, the lead character in the upcoming movie version of In the Heights, Lin-Manuel Miranda’s semi-autobiographical, Tony Award-winning musical. When the show was on Broadway, did you see it?

Yes! This was the one musical that I could be in—the lead was Latin, the songs were from my world, and I memorized every line. I was 18, and I was attending the American Musical and Dramatic Academy, studying musical theater. I was learning songs from Carousel and Gypsy, and thinking, I don’t know about this. Then I went to In the Heights, and there were so many people who looked and sounded like me. I grew up on streets like that, eating that food, listening to that music. In the Heights gave me some hope about my future.

But first you were in Hamilton.

I auditioned for Lin-Manuel Miranda for the national tour for In the Heights, and I didn’t get it. I was crushed. Instead, I went and performed on a Royal Caribbean cruise ship; I was Double J. in the musical version of Saturday Night Fever. Nobody knew me, and I was at sea. I used to say I was in the Bermuda Triangle! But even out there, I heard that the people behind In the Heights were casting what was then called The Hamilton Mixtape. I was 22, and I thought, If they didn’t want me then, why would they want me now? But I went for it anyway. I did four auditions. At the last one, I sang “Grenade,” by Bruno Mars, at 10 in the morning. At the time, I was about to start performing in the Spring Spectacular at Radio City Music Hall. The day of my last Hamilton audition, they canceled the Spring Spectacular. To console ourselves, the cast found all the alcohol in Radio City, and when I got the call at 4 p.m. that I was cast in Hamilton, I was very happy.

The release of In the Heights, which is happening in June, was delayed by a full year because of the pandemic. During that time, you recorded and released music. I loved the video for “Stop.” It featured a man who was giving free haircuts during lockdown.

I wanted to put out a song saying something about what we were all going through. A guy named Anthony Payne was cutting hair on the streets of Brooklyn on a donation basis, and he was giving the proceeds to organizations serving Black and Brown communities. I knew I had to include him in my video, especially because the song was about appreciating the moment we were in.

Did you always want to sing and perform?

I was a dramatic child, for sure! But I only sang at family events. And at AMDA, they basically gave you a pat on the ass after two years and said, “I hope you make it.” Nothing felt certain.

Is your go-to karaoke song from a musical?

No! My song is “Don’t Stop Believin’,” from Journey. That’s my message, and that’s my dream: to sing in a stadium, with everyone Covid-safe, jamming together and believing.