Becoming a parent can change your perspective on topics you never imagined. Watching a little person’s mind developing beyond your complete control, for instance, can give you a different sense of empathy. That’s why we’re so baffled by parents who fail to show unconditional love and support to their kids when they come out as LGBTQ. Completely unlike Dwyane Wade, Charlize Theron, Billy Ray Cyrus, and other of the celebrity parents we’re applauding here.

Some of the famous parents we list here did not surprise us in the least with their whole-hearted support of their kids. It wouldn’t make sense for, say, Cher or Cynthia Nixon to suddenly appear transphobic when it comes to their children. When it comes to professional athletes like Wade, or fellow basketball legends Magic Johnson and Isiah Thomas, though, we’re a bit more impressed. Not that we were aware of any prejudices they had previously, of course. It’s just that the NBA is not a place that’s traditionally open about such things. When fans and fellow players see these icons step up to promote their kids’ rights to be themselves, we hope others can follow suit.

Each of the parents listed here has said something awesome about their kids. Browse through their quotes and you might feel equally uplifted about the world. 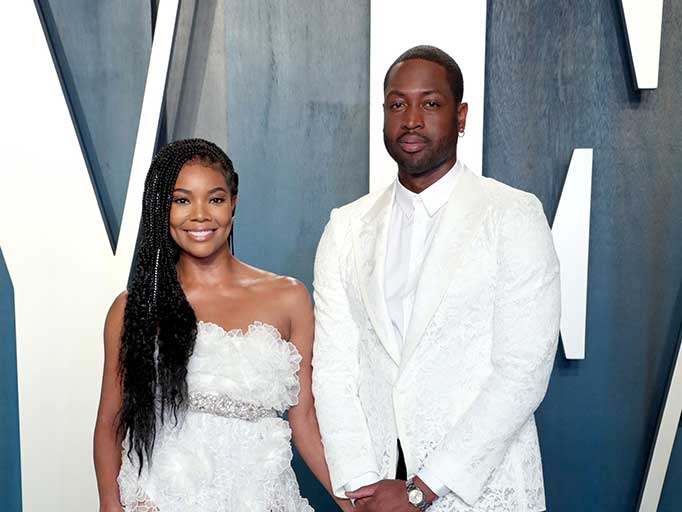 “We’re just trying to figure out as much information as we can to make sure that we give our child the best opportunity to be her best self,” Wade told Ellen DeGeneres of his 12-year-old transgender daughter Zaya in 2020. 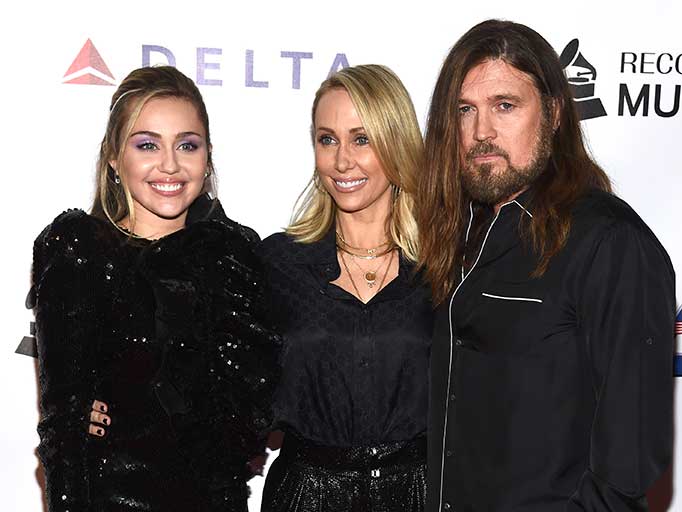 “We’ve always been very open-minded,” Billy Ray Cyrus told E! News when Miley Cyrus came out as pansexual in 2015. “Listen, it’s all about love and light. Forget the negativity and the haters.” 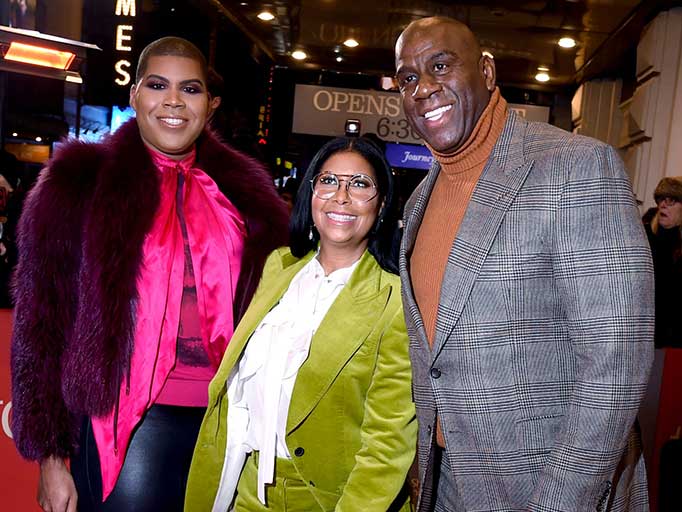 “As a parent, I wanted EJ to know that we loved him and would always love him,” Magic Johnson told the New York Times of his reaction when his son, makeup artist EJ Johnson, came out to him as a teenager. “My job as a father is to protect him. His family and those that know him would always love him, but there would be people that don’t know him and may not approve. Some people may not be nice, but it wasn’t about him. I wanted to prepare him and let him know that I would always support him.” 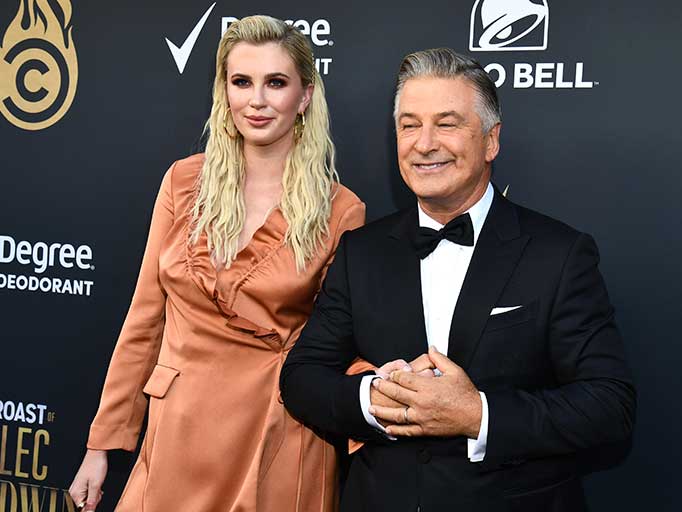 Alec Baldwin had a matter-of-fact reaction daughter Ireland Baldwin coming out as bisexual. “As my daughter said to me — because she had a girlfriend for a while—she said to me, ‘You don’t sleep with a man or a woman. You sleep with the person. I’m attracted to that person,’ ” he told Amy Schumer on his podcast Here’s the Thing. “So she slept with somebody who was a woman.” 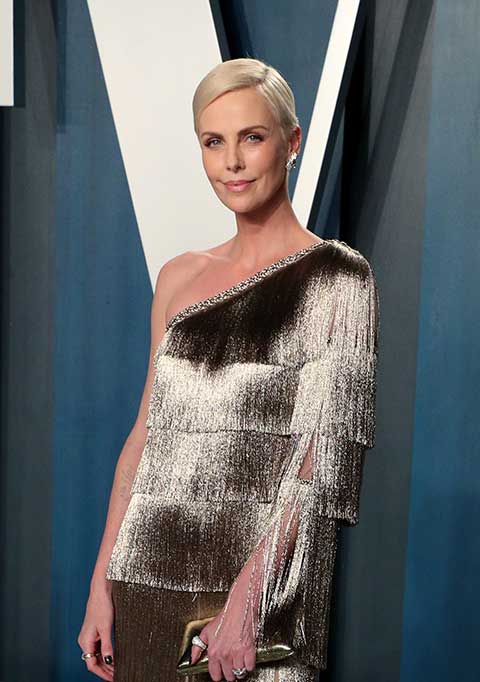 “My job as a parent is to celebrate them and to love them and to make sure that they have everything they need in order to be what they want to be,” Charlize Theron said of her children, including transgender daughter Jackson. “And I will do everything in my power for my kids to have that right and to be protected within that.” 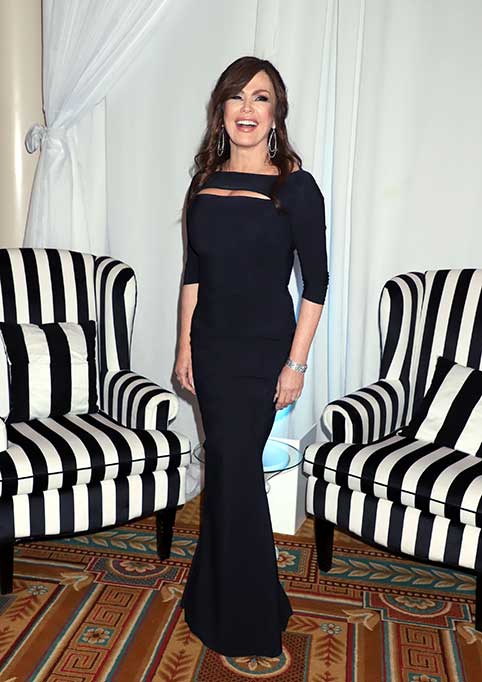 “I believe in [my daughter’s] civil rights, as a mother,” Marie Osmond said of lesbian daughter Jessica in 2013. “I think that my daughter deserves everything that she desires in life. She’s a good girl. She’s a wonderful child.” 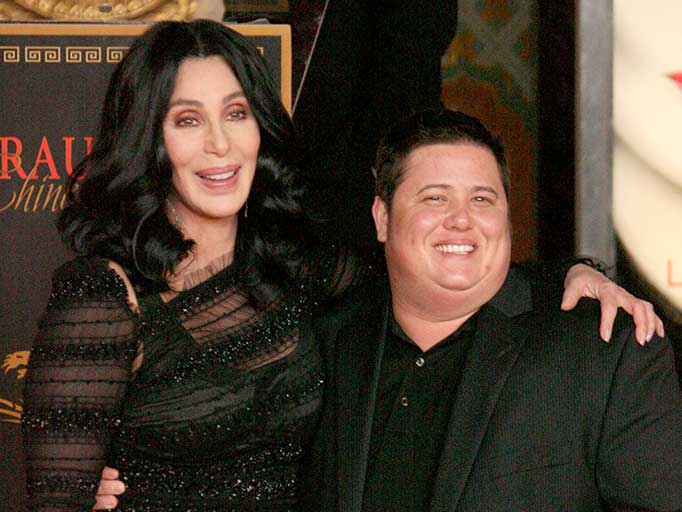 “I admire my son Chaz’s courage for sharing his personal journey,” Cher said of transgender son Chaz. “Most important to me is that he is very happy. That’s what I care about the most. He has my love and support.” 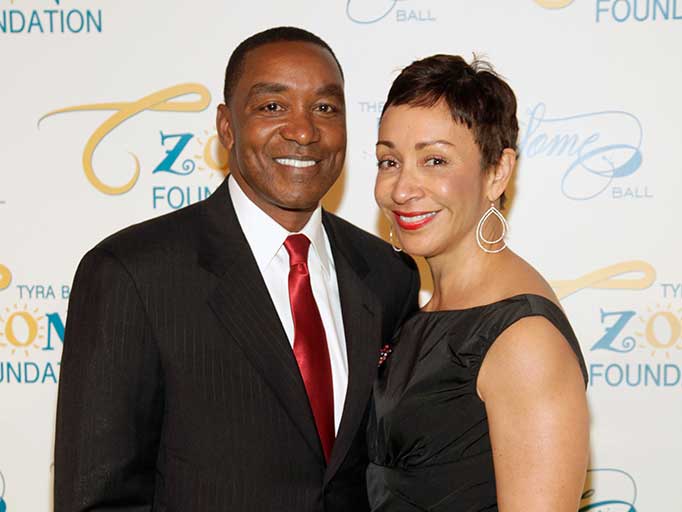 “I came out to them, and they were very accepting,” Zeke Thomas, who is gay, told Out of his parents. “I always knew they would be accepting. Growing up, I had gay uncles, like every kid in America. I never was so scared that my parents were going to shun or disown me — the horror stories you hear.” 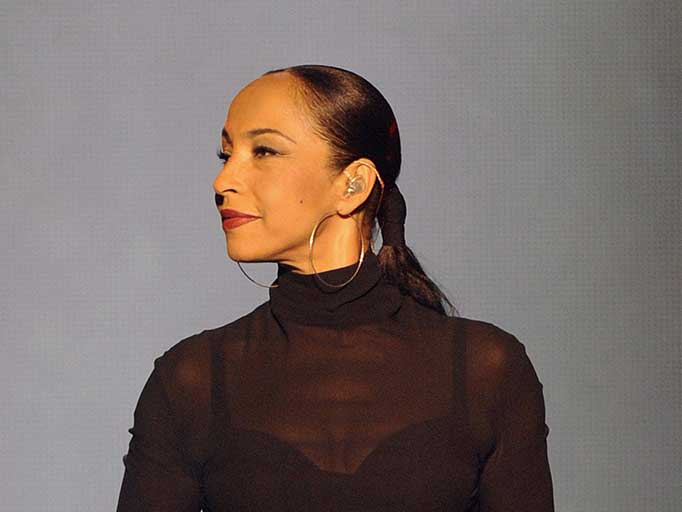 “Thank you for staying by my side these past 6 months Mumma,” Sade’s transgender son Izaak wrote on Instagram in 2019, after his gender confirmation surgery. “Thank you for fighting with me to complete the man I am. Thank you for your encouragement when things are hard, for the love you give me. The purest heart. I love you so much. Queen of queens.” 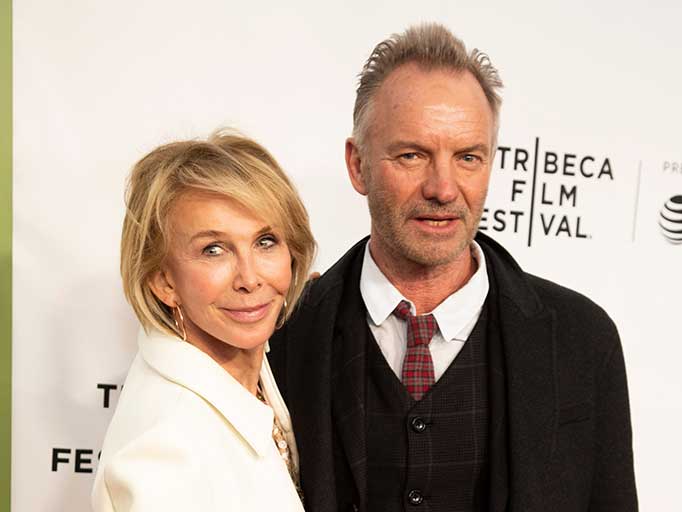 “They knew already,” gender-fluid musician Eliot Coco Sumner said of parents Sting and Trudie Styler. “So I didn’t need to. I’ve never come out to anyone. My friends always knew and I always knew.” 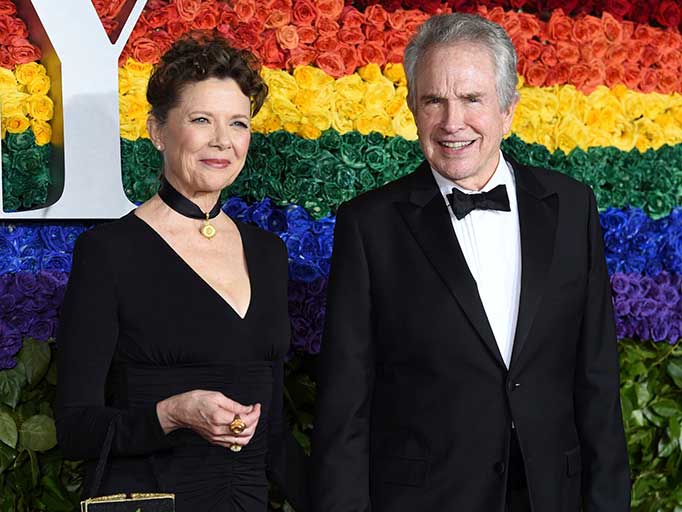 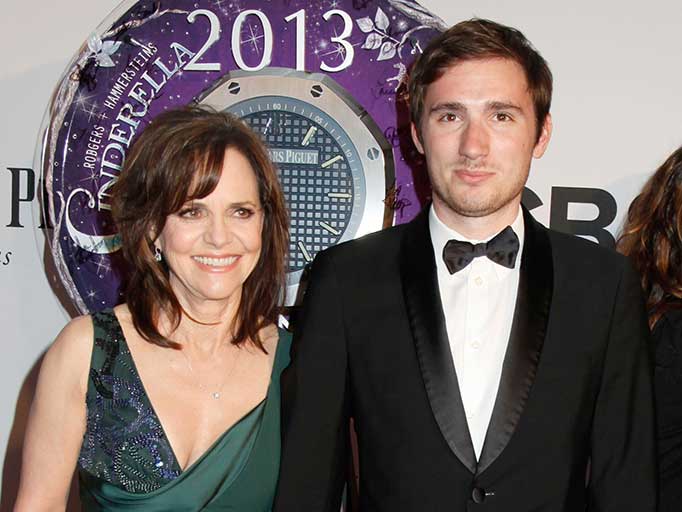 “As long as I am upright, I will fight for this to be that Sam and everyone’s children and grandchildren and sisters and brothers will be protected in every state of the United States,” Sally Field said of why she’s a part of the Human Right Campaign’s work towards the Americans for the Equality Act. 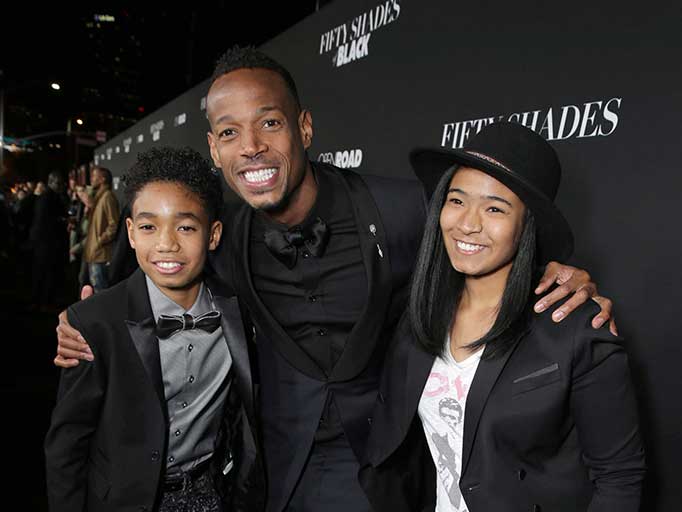 “Happy pride to my pride and joy,” Marlon Wayans wrote to his daughter Amai on Instagram. “I wouldn’t change one effing thing about you. Love you to the moon around the sun through the galaxies and back again.” 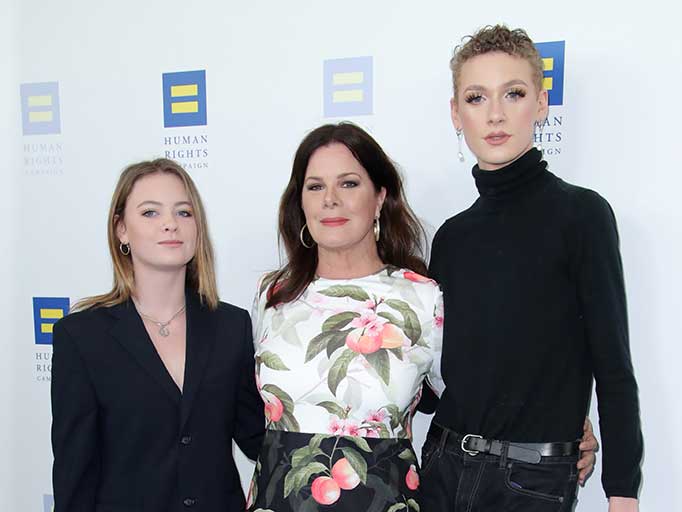 “My son is gay. I just want to make sure he gets to have a family when he wants one,” Marcia Gay Harden said of son Hudson at the Family Equality Council’s Impact Awards. 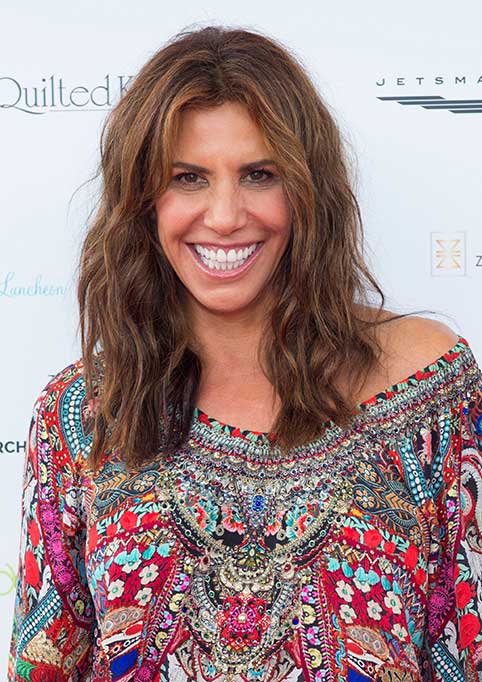 “Trans children, they know their identity,” Real Housewives of New York’s Cindy Barshop told People of transgender son Jesse, who came out at 6. “It’s not about sexuality and that is the most important thing. Because people are like, ‘Well, how do they know?’ It’s an identity change, not a sexuality. So that’s the one clarification I want to make. And you have to be open with your children.” 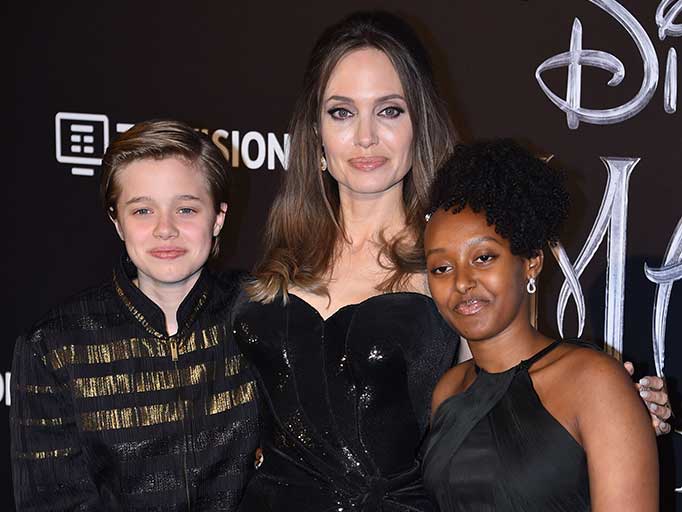 “She wants to be a boy,” Angelina Jolie told Vanity Fair of Shiloh back in 2010. “So we had to cut her hair. She likes to wear boys’ everything. She thinks she’s one of the brothers.” 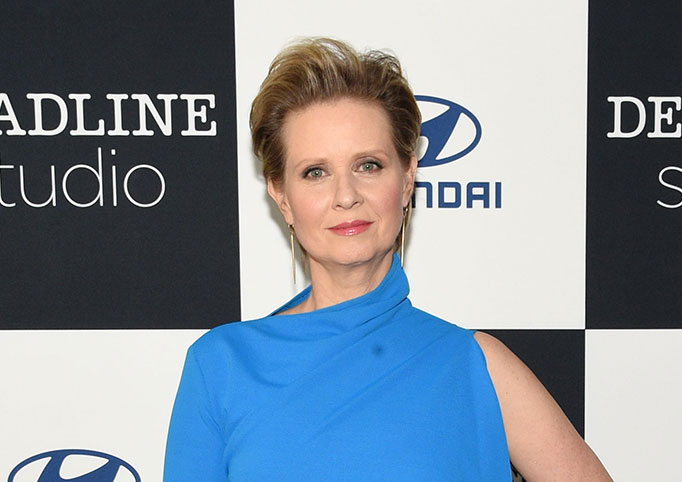 “I’m very proud of him,” Cynthia Nixon said of when her son Seph came out as transgender. “I was kind of shocked at what a non-event it was, which is just how far we’ve come in such a short amount of time.”