Skip to content
HomeLifestyleAre YOU causing your child to develop nappy rash?

Are YOU giving your child nappy rash? Midwife reveals the common mistakes parents make when changing their little ones – from using baby wipes to bathing them in bubble bath

Most babies develop nappy rash at some stage in their lives, and as a new parent, caring for their health and wellbeing is your number one priority.

But could the way you’re changing your little one be – albeit unintentionally – making the problem worse?

Midwife Heather Morris, a registered nurse who has contributed to the British Journal of Midwifery, has identified a few common mistakes during nappy changing which could be heightening your baby’s risk of developing the irritating condition.

The good thing is, they’re easy to fix! Here Heather shares her top tips for keep your baby rash-free with FEMAIL. 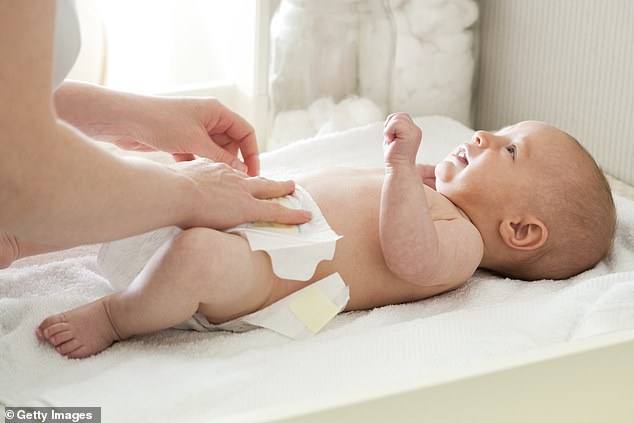 Most babies develop nappy rash at some stage in their lives, but could the way you’re changing your little one be – albeit unintentionally – making the problem worse? Pictured: stock image

‘Most babies will get nappy rash at some point,’ Heather explained. ‘Although it is common and mild cases are easily treatable, it can be a cause for concern.

‘At any one time, around one in three nappy-wearing infants will have nappy rash, with girls and boys equally affected.

‘It is less common in newborns, however it may occur in pre-term babies due to the reduced barrier functions of immature skin.

‘But there are some simple changes any parent can make to lessen the chances of their baby getting nappy rash.’

The nappy you are using 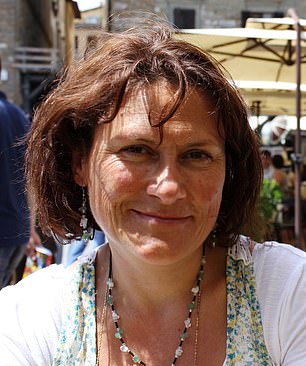 Heather said nappies with a higher absorbency are more effective at preventing nappy rash, as they are better at keeping excessive moisture away from your baby’s skin.

‘Look out for plus signs on certain nappies – this means they are super absorbent and are effective for use at night time or when your baby may need to go for longer without being changed,’ she suggested.

Disposable nappies sometimes contain chemicals which can irritate your baby or provoke an allergic reaction, which will also heighten their risk of nappy rash.

Usually shopping around for different varieties or trying reusable nappies can help solve any problems.

Always having your baby in a nappy

Nappy rash can occur as a result of excess moisture on the skin, so leaving your baby with no nappy on for a while is also a good way of preventing it.

‘It lets their skin breathe,’ Heather explained. ‘As often as you can, after a nappy change let your baby lie on a towel with no nappy on.

The way you’re changing your baby

It sounds simple, but the way you change your baby’s nappy can affect their chances of getting nappy rash.

‘Being gentle throughout a nappy change and being cautious to pat dry and not rub too hard can stop nappy rash occurring,’ Heather observed.

‘Rubbing skin dry causes unnecessary friction which can weaken it. Also be sure to wipe your baby’s bottom from front to back, being careful not to drag their skin as this can irritate and damage it.

‘Make sure you have clean hands when changing your baby in order to prevent the spread of bacteria.

‘After they are clean and dry, I recommend applying a thin layer of purple Metanium everyday barrier ointment in order to prevent nappy rash by forming a barrier against external irritants.’

‘This will help air circulate around their bottom. After doing this for a while, apply a barrier ointment which will help to prevent excess moisture damaging your baby’s skin.’

If your baby has nappy rash, Heather said you should avoid potential irritants such as soaps and bubble baths.

‘Use them minimally to prevent it,’ she added. ‘Such toiletries can remove lipids from the skin, making your baby’s sensitive skin more vulnerable to irritants and microorganisms, enhancing the risk of nappy rash.’

Ingredients such as perfumes and colourants can cause damage to your baby’s delicate skin, especially if they have skin problems such as eczema.

‘Always try to use fragrance-free toiletries on your baby’s skin,’ Heather advised.

While it’s important to keep your little one clean, there’s a fine line when it comes to bathing.

Doing so too regularly can dry out their skin as it washes away natural oils, which may worsen nappy rash.

Heather said: ‘It has been recommended to wash a baby in its early months using only water, then move onto a gentle liquid baby wash. Avoid using talcum powder.’

Most mums and dads rely on baby wipes during a change – but the type you’re using could be contributing to nappy rash.

Heather advised using water-based and fragrance-free wipes which are more sensitive to your baby’s skin.

‘The peak incidence of nappy rash is between the ages of nine to twelve months,’ Heather said.

‘There are certain “trigger times” that may exaggerate the risk of nappy rash, including when your baby is teething or weaning, as these stages can cause diarrhoea and frequent, watery poos which increase moisture in your baby’s nappy.

‘If your baby is poorly – maybe they’ve had a cold or a course of antibiotics – the chances of them getting nappy rash is likely to be increased.

‘Certain antibiotics, including amoxicillin, can cause diarrhoea in babies and therefore heighten the risk of nappy rash.’

‘Heavily fragranced or alcohol-based wipes are potential irritants for baby’s skin and can worsen nappy rash,’ she said.

If you don’t have water-based baby wipes, use cotton wool and warm water to clean your baby’s bottom, which will be gentler on nappy rash.

How frequently you change them

Again, it sounds obvious, but how often you change your baby’s nappy can also have an impact on them developing nappy rash.

‘When your baby first starts to sleep through the night, nappy rash is more likely to occur due to prolonged skin exposure to excess moisture,’ Heather explained.

‘I recommend changing your baby’s nappy before or after every feed and whenever they have done a wee or a poo.

‘Also be sure to change your baby into a fresh nappy right before bedtime when they start to sleep through the night to ensure the nappy is dry for as long as possible, and keep an eye on it.’

Use a preventative ointment

Heather said: ‘Ointments are more effective than creams and lotions to prevent nappy rash, as they create a better moisture barrier.

‘In cases where nappy rash has occurred, use a treatment such as the yellow Metanium to quickly soothe and treat the rash. 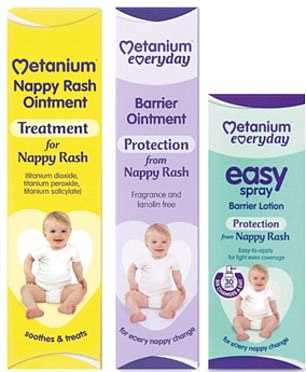 ‘The topical ointment has a thick yellow consistency which should be spread thinly, so the skin can still be seen through it.

‘This creates a barrier from moisture in order to eliminate the rash. Apply at every nappy change to ensure quick treatment.

‘Follow effective treatment of nappy rash by applying barrier ointment and adhering to these top tips to ensure your baby doesn’t get nappy rash again.’

If the rash persists despite adhering to treatment via an ointment, Heather advised contacting your GP as your baby may have a secondary candida infection.

‘Most cases of nappy rash are mild and easily treated by parents without the need for referral,’ she added.

‘Despite being a cause for concern, uncomplicated nappy rash should settle when treated appropriately with good skincare routines and the use of an appropriate barrier ointment. It typically lasts about three days.’