Skip to content
HomeLifestyleArousing, but not in a good way: Jon Ronson on porn’s new frontier 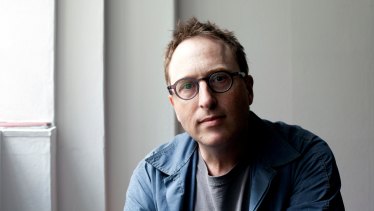 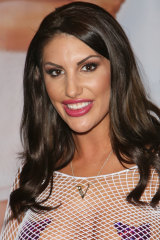 Ronson’s show will be a behind-the-scenes look at the two series he made about the adult industry – The Butterfly Effect and The Last Days of August. The latter proved so traumatic in its telling of the suicide of star August Ames that Ronson had “a mini decline in mental health”. As he told The Yorkshire Post, the pressure of telling the story responsibly led him to be diagnosed with adjustment disorder – basically situational depression – for which he sought cognitive behavioural therapy.

One example Ronson gives is a film in which Wonder Woman is trying to leave the house but is prevented from doing so by a gremlin. Ronson tracks down the client behind that request and discovers that the man’s mother had left the family when he was five years old, and he’d fruitlessly tried to sit on her suitcase to stop her. Many of these custom videos can be traced back to childhood trauma, it seems. But what’s heartwarming to Ronson is that few requests involve violent scenarios, despite the prevalence of keywords such as ‘‘brutal’’, ‘‘violent’’ and ‘‘forced’’ on Pornhub.

“When I was looking around for interesting custom videos to chronicle, the stuff I filtered out wasn’t abusive stuff, it was boring stuff like toe-sucking,” Ronson says. “What’s so lovely is that the creators and their clients are connecting in a kind-hearted, mutually therapeutic way.”

The stuff I filtered out wasn’t abusive stuff, it was boring stuff like toe-sucking.

It drowns out everything else.

He’s right – two big-name pornographers from the '90s, Max Hardcore and Rob ‘‘Black’’ Zicari, wound up going to jail, and while young girls can become cannon fodder in movies these days, they’re also more likely – post #MeToo – to call out abuse on Twitter. 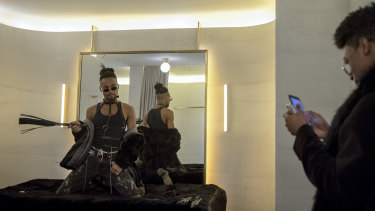 Ronson feels performers are discriminated against by everyone from bank managers, to future employers once they exit the industry, to the tech companies destroying their livelihoods – and statistically by those who would have no problem watching them on screen.

Ronson has become so interested in the amorality of big tech that he plans on investigating it further. “I want to do a Great Gatsby of the modern tech world,” he says. “Uber, you could argue, are just as troublesome as Pornhub – there’s a spate of Yellow Cab drivers in New York who have committed suicide in the last couple of years. When I said that to Brandon he immediately shot back with, ‘You don’t think YouTube should exist?’ And obviously that’s not the point. You can’t turn back the clock. But I think it’s important to consider the seismic consequences.”

And for Ronson himself? His depression alleviated when the response to The Last Days of August was very positive within the industry and he felt satisfied that he’d conducted himself ethically. For now, he remains enamoured by podcasts.

“I get so absorbed in the minutiae – should the silence be a second or a mini-second?” he says. “Whereas I always think every book needs to be everything I’ve learned in life, so when you deliver it you’re a spent husk.”

While unintentional, it’s a fitting metaphor for the industry to which he’s devoted the past few years.