SAMUEL UMTITI has declared he wishes to fight for his place at Barcelona to deal Arsenal a huge blow in their quest to sign him.

The Gunners were heavily linked with a move for the 26-year-old in the summer as they failed to bring him to the Emirates. 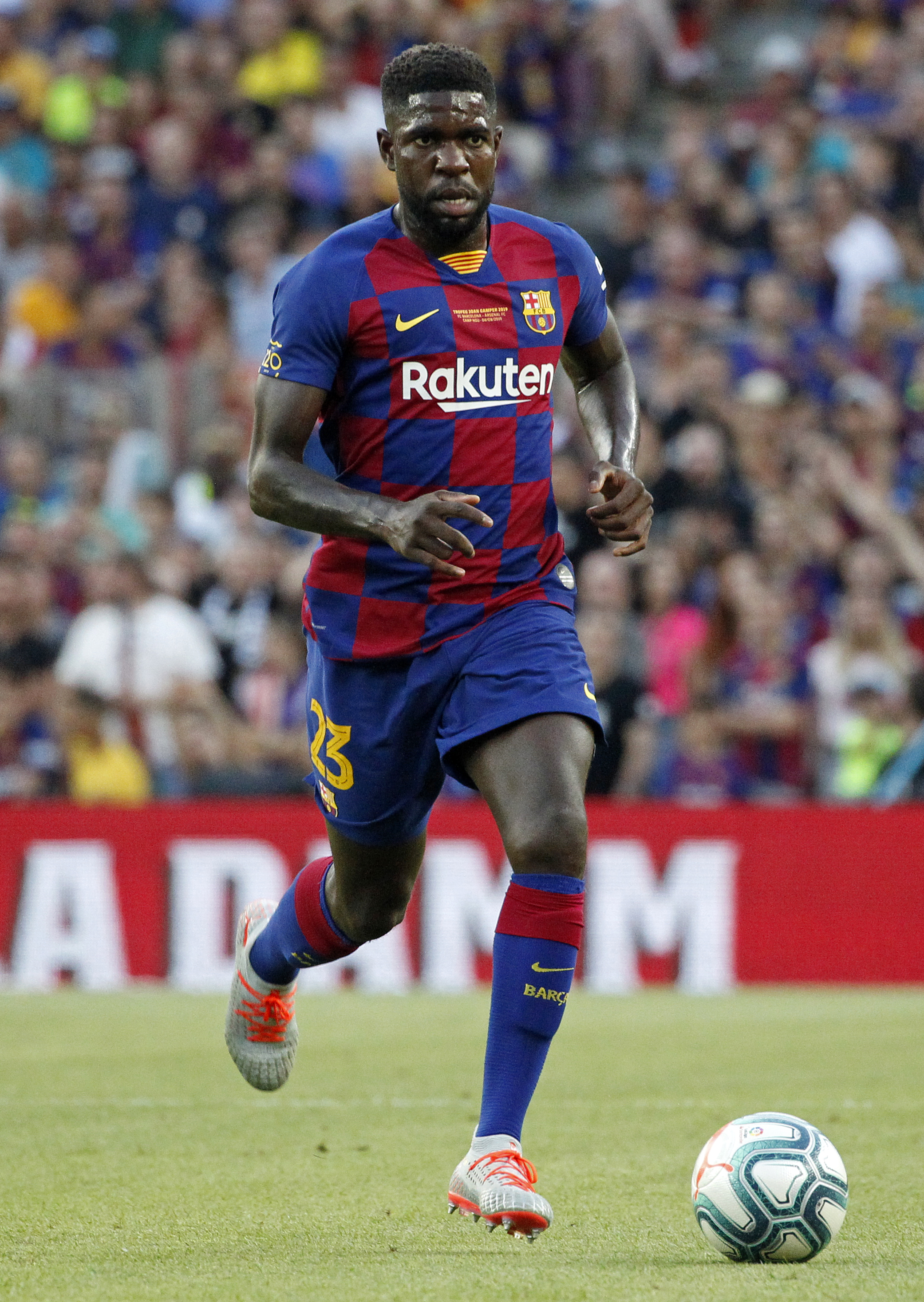 And there were even reports that the North Londoners could have snapped him up on a free with Barca said to have considered ripping up his contract.

Injuries have limited Umtiti to just 33 games in all competitions since the 2018-19 season, with the centre-back yet to feature this campaign.

As a result of his problems and Barca needing money due to Covid-19, Ronald Koeman put him up for sale after deeming him as surplus to requirements.

But despite being unwanted by the Dutchman, Umtiti has declared he does not want to leave the club where he has a contract until 2023.

The 2018 World Cup winner has revealed he held talks with Lyon about a return in the summer, but is focused on earning his spot back at Barca.

Speaking to Canal Football Club, he said: "Lyon is my team, it is my city.

"It is the team that has given me the opportunity to play in Europe, in Barcelona and with the national team.

"There were talks with them during the transfer market, but there was never anything concrete.

"I don’t see myself in a club other than Barcelona.

"I have been clear with everyone on this issue."

Umtiti has featured in 116 games for the Blaugrana since joining from Lyon in 2016 – helping the club win two LaLiga titles.

There is still a chance Arsenal could go back in for the defender to replace Shkodran Mustafi, after the German rejected a contract from the Gunners.

The former Valencia star is now expected to depart North London on a free transfer at the end of the season.