PIERRE-EMERICK AUBAMEYANG appeared to be in tears as he went from ecstasy to despair in the space of just eight minutes at the Emirates.

Arsenal appeared to have edged Olympiacos when Aubameyang struck with seven minutes of extra time left to play. 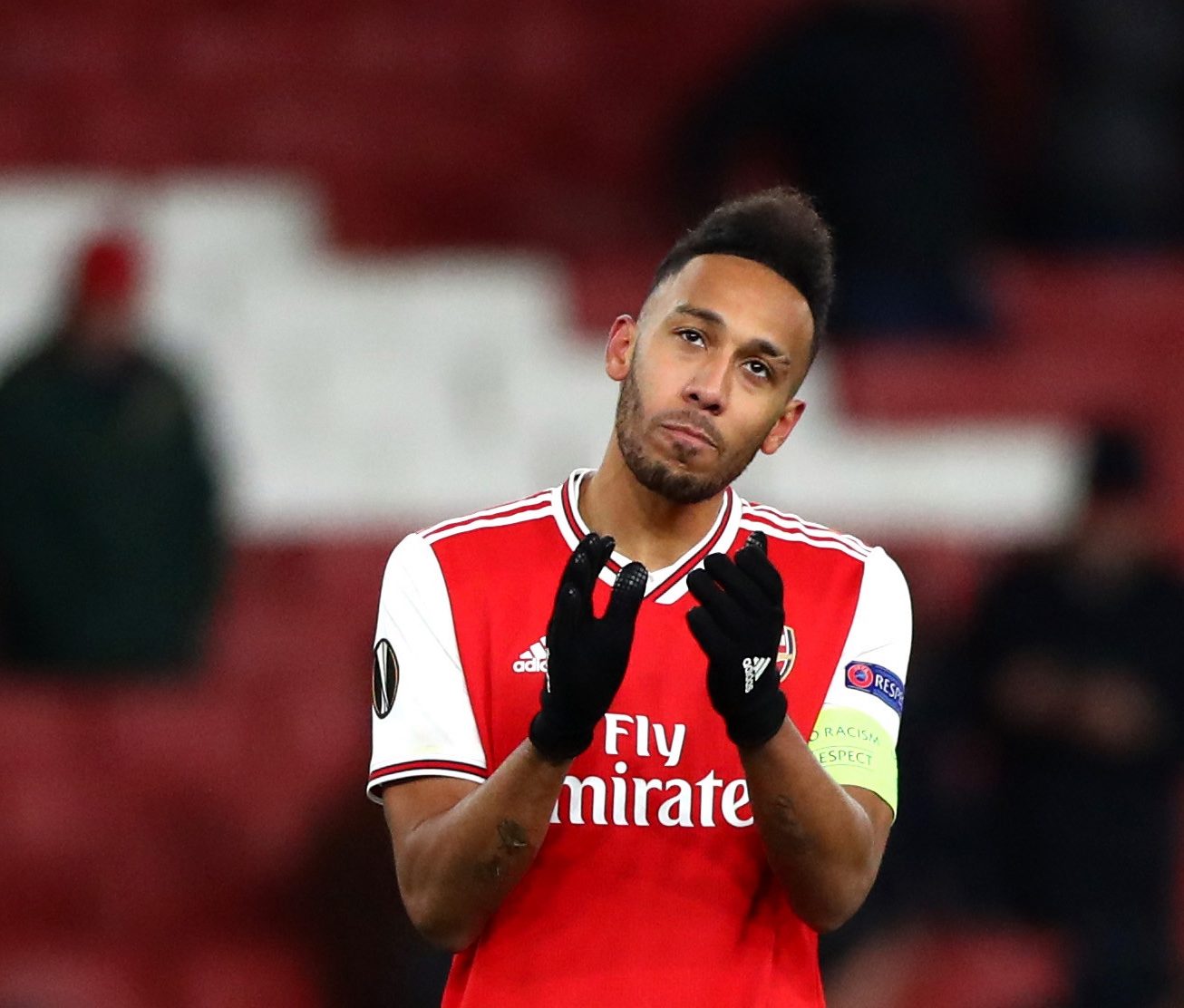 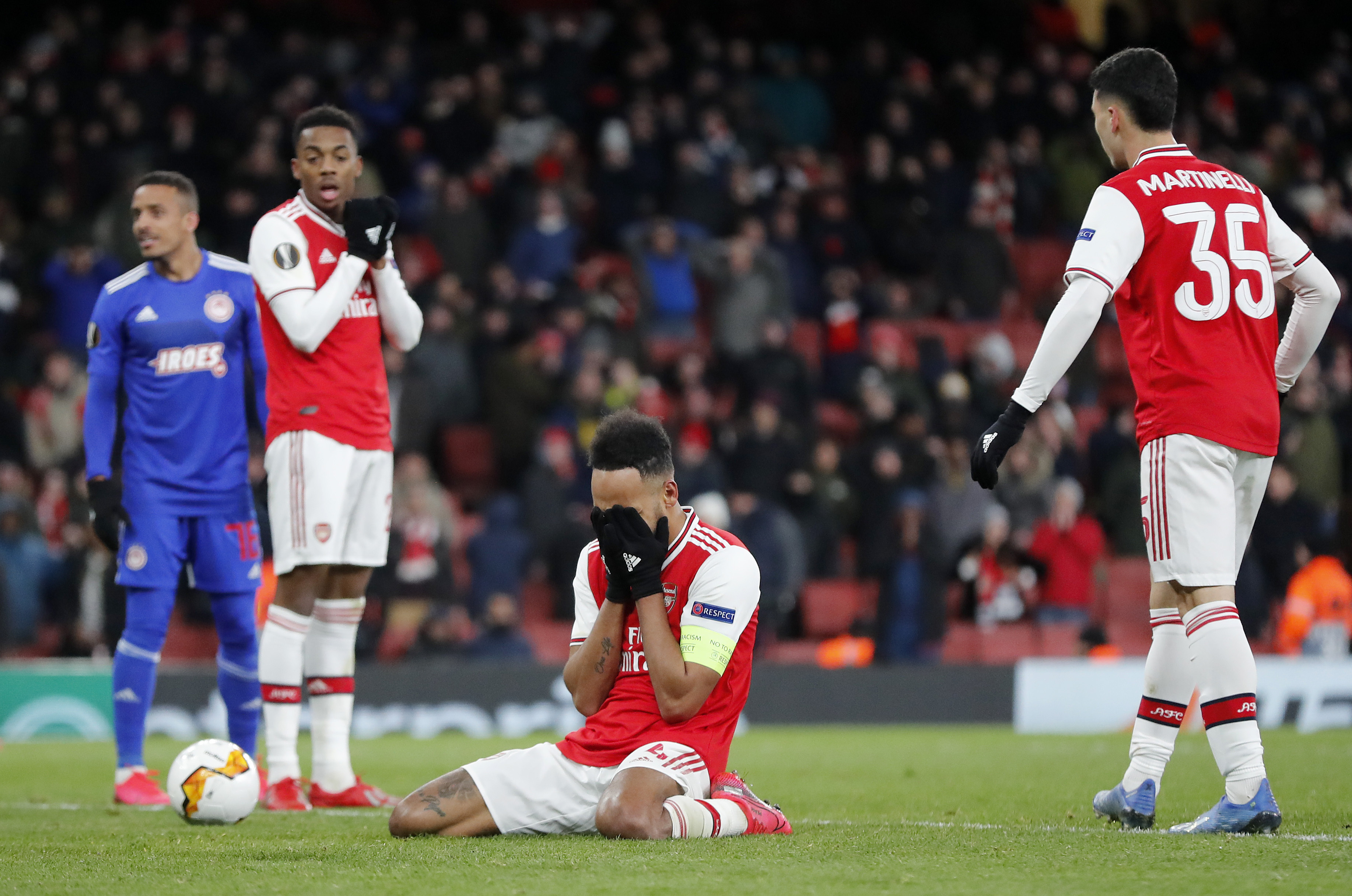 The joy of the moment immediately following his outstanding strike appeared almost too much for the 30-year-old.

The Gabonese looked to be in TEARS after smashing the ball into the net.

But less than ten minutes later, he appeared to be crying again… but for a very different reason.

Youssef El-Arabi struck in the 119th minute for Olympiacos – sending Arsenal to the brink of going out.

But Arsenal were to get one more chance, when the ball ricocheted into Aubameyang's path in stoppage time.

You'd have put your mortgage on the prolific goalscorer, who Gary Neville labelled as "world class" only on Monday, to stick the ball away.

But he sliced it wide. And Arsenal crashed out.

He crouched to his knees with his head bowed in his gloved hands.

When his face emerged, the sadness was palpable, and he appeared to be in tears again.

The Gunners skipper did front up after the game though.

He told BT Sport: "Very, very disappointed. What can I say, it’s very hard, very tough. We missed some pace in the game that cost us and the last-minute goal was unlucky. That’s it."

And on his miss, he continued: "I don’t even know. I feel very, very bad but that can happen. I don’t know how I misdeed this.

"I was tired and had some cramps but it’s not an excuse. I have to score this goal. It was hard to find solutions in the final third."

Naturally social media had no pity for the unlucky star.

One user wrote: "Aubameyang now crying because he missed a sitter hahahaha". 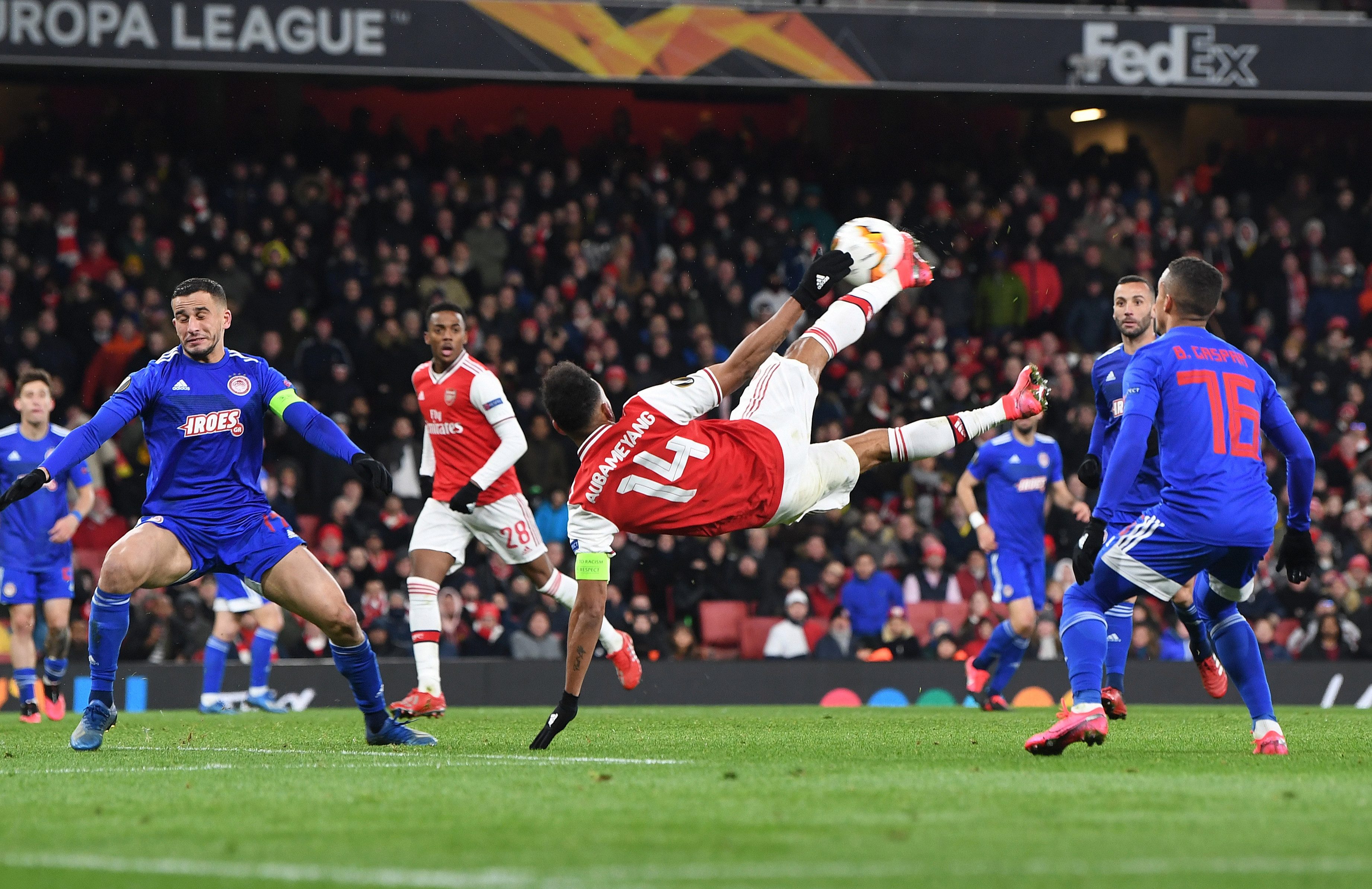 While another joked: "Aubameyang was crying after his goal because he knew Arsenal would bottle it."

But an Arsenal fan felt his striker's pain: "Aubameyang is crying…. We are crying too."

You have to wonder what Ian Wright made of it, having posted a video of himself celebrating Aubameyang's 113th minute goal with the caption: "What would we do without you! @Aubameyang7".