MANCHESTER CITY star Benjamin Mendy is no stranger to acting the cheerleader for Pep Guardiola's side.

The charismatic full-back was an unused substitute in City's League Cup final triumph over Aston Villa, but stole the show during their dressing room celebrations. 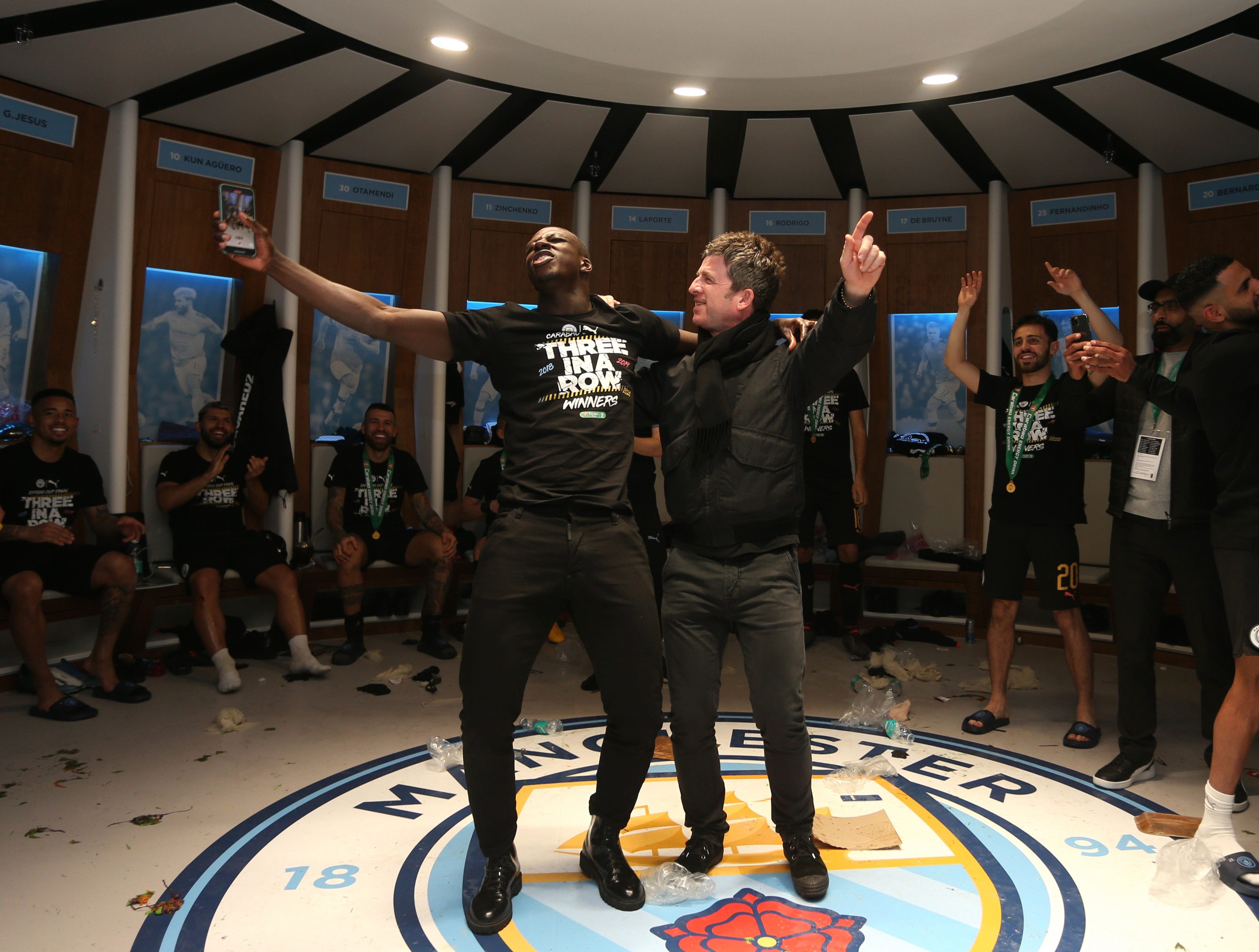 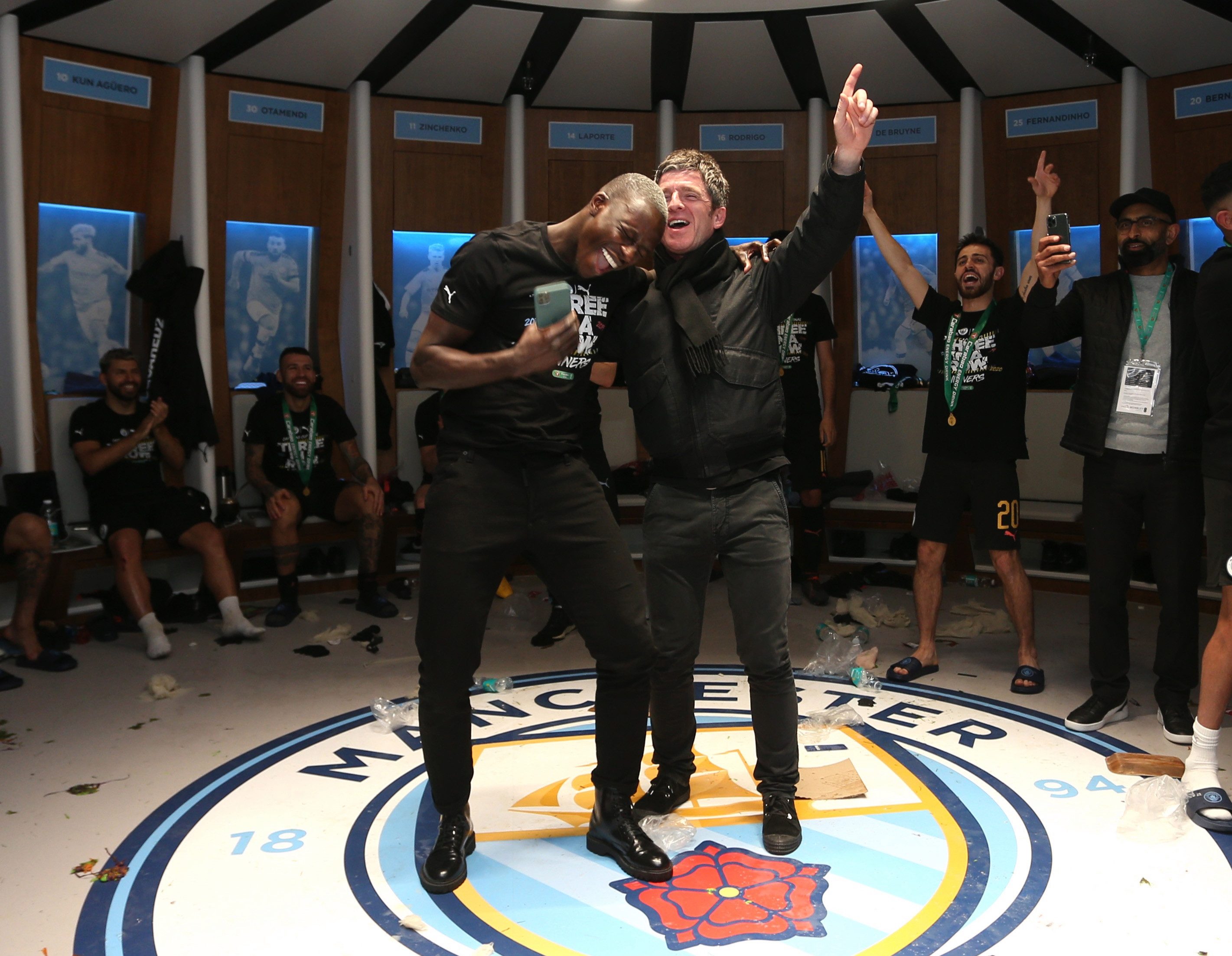 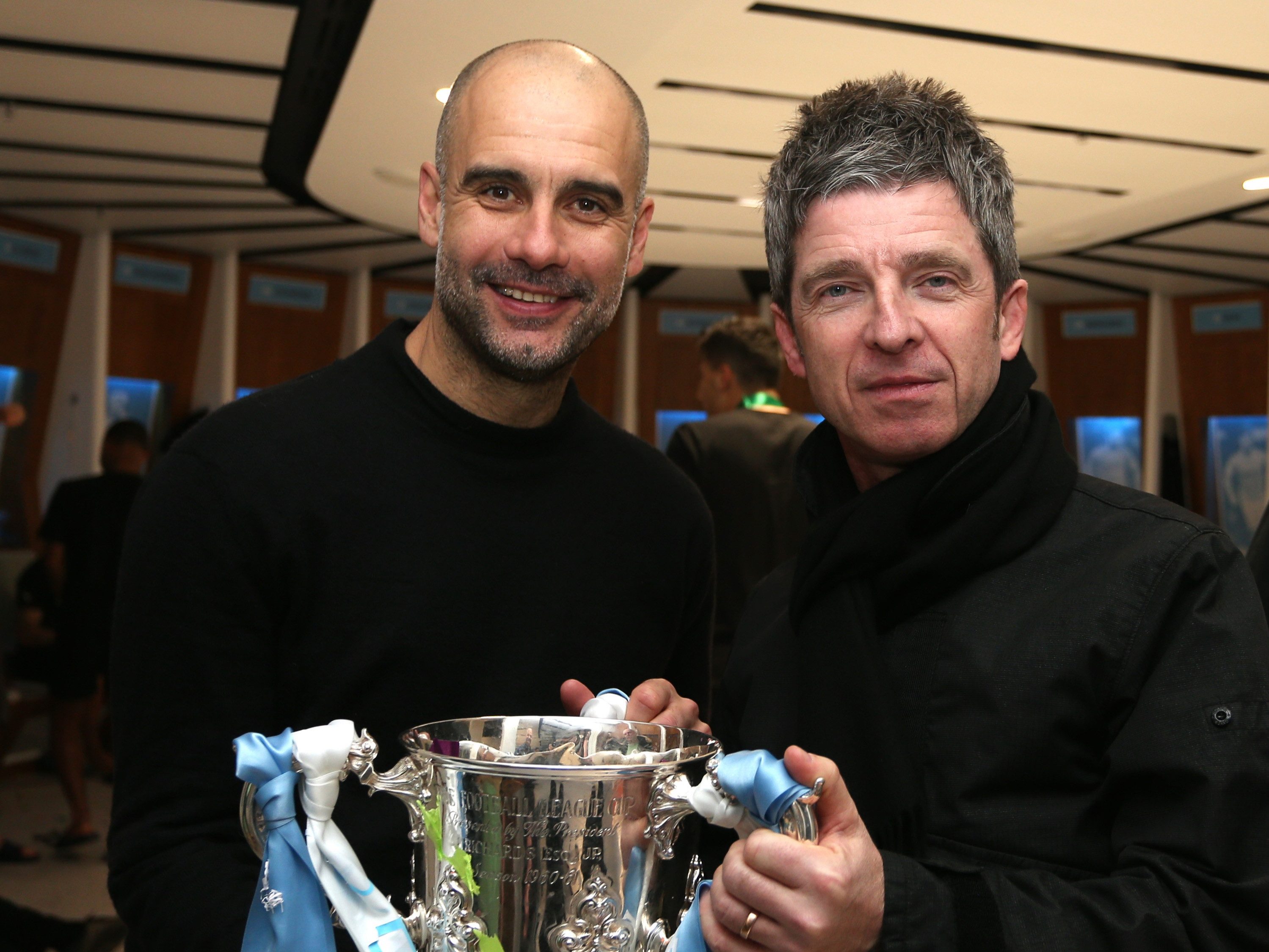 With Oasis legend and high-profile Sky Blues fan Noel Gallagher joining the team in the dressing room to bask in the glory, the Frenchman couldn't help but lead the squad in a rendition of one of the star's most famous hits.

The popular left-back belted out 'Wonderwall' from the middle of the floor, crouching to his knees as his happy team-mates joined in.

Gallagher himself was also loving it, beaming from ear-to-ear amid the jubilant celebrations.

The 90s legend was also pictured hugging boss Pep Guardiola in the wake of the Spaniard winning his sixth major trophy with the club.

He was also present for the excellent 2-1 win at Real Madrid in mid-week.

The BT Sport cameras captured Gallagher going ballistic in the stands as his beloved City came back from a goal down at the Bernabeu.

And this time around, amid the joy, there was a trophy to boot.

Gallagher would have been feeling calm when his side raced into a two goal lead on the half hour mark.

Goals from Sergio Aguero and Rodri had put City into a commanding position. 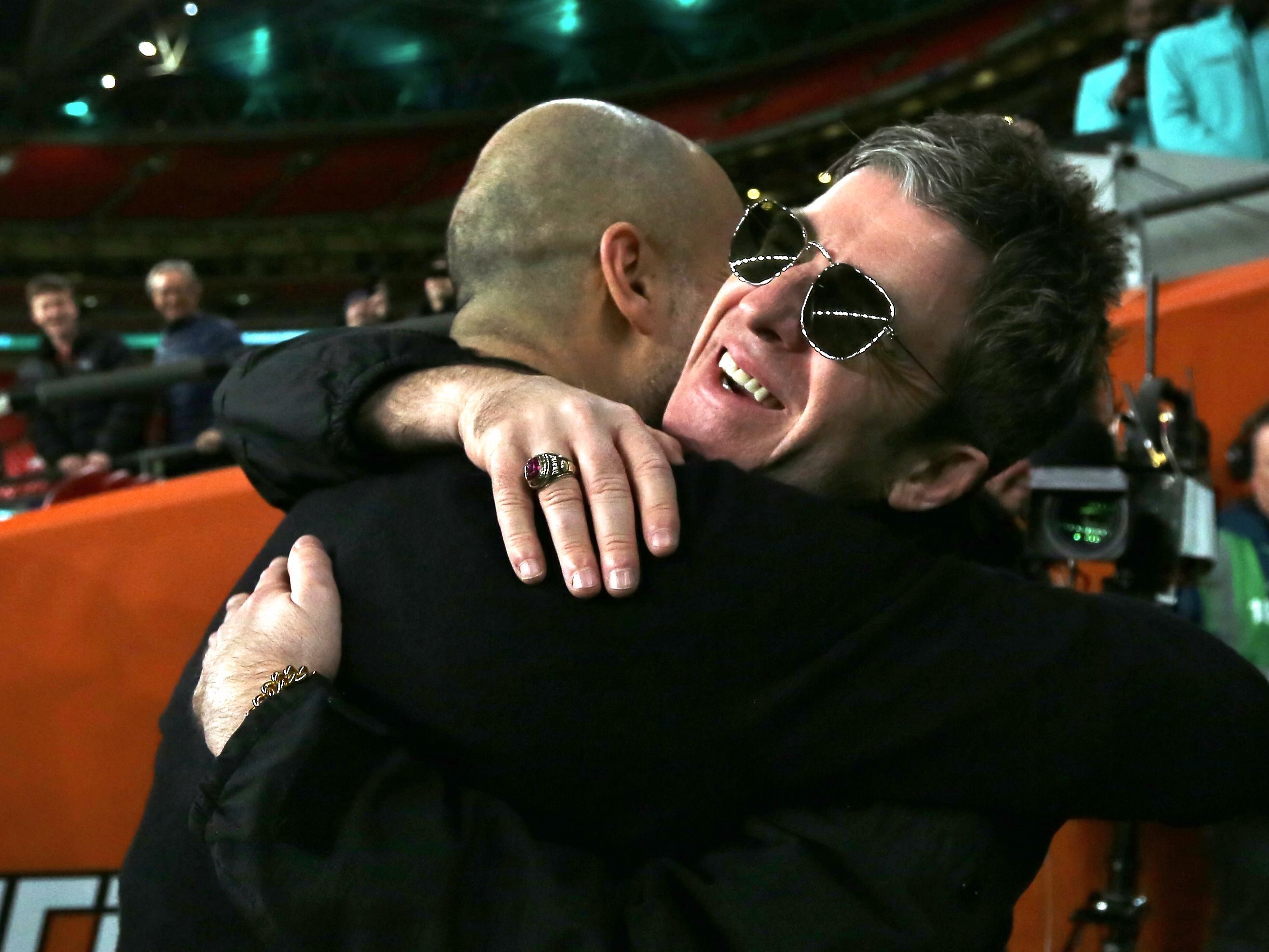 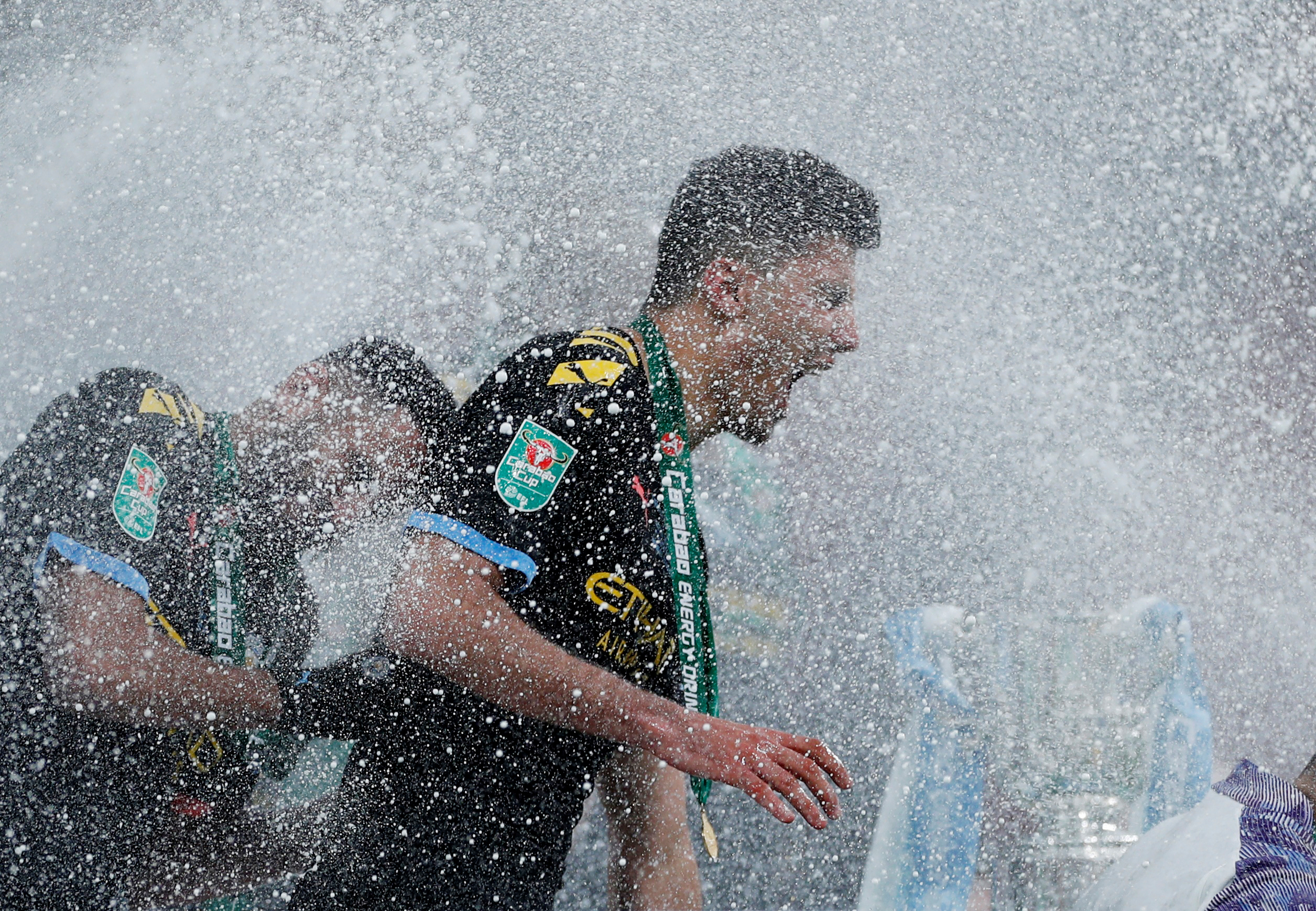 But then Mbwana Samatta's header on the stroke of half-time gave Villa a lifeline.

And City were indebted to much-maligned cup keeper Claudio Bravo, who made a sprawling fingertip save to deny Bjorn Engels late on, tipping the Dane's header onto the post.

Joyous scenes followed the final whistle, with players photographed drenching each other in sparkling wine and scrambling to get a snap with the trophy itself. 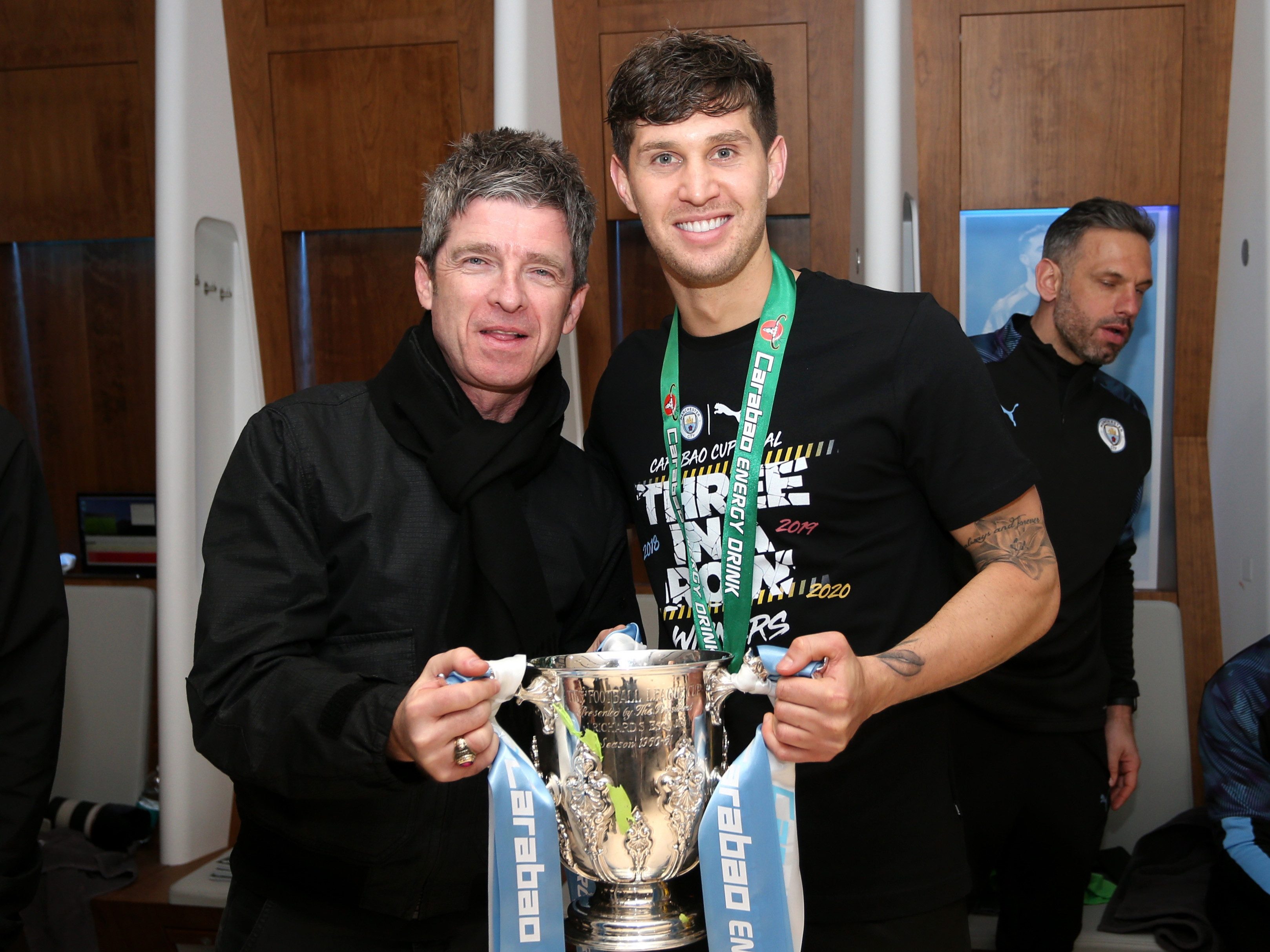