Pete Davidson has Kim Kardashian’s name tattooed on his chest

Pete Davidson’s colleagues have his back.

Bowen Yang said the cast of “Saturday Night Live” is “supporting” Davidson amid his public feud with Kanye West by giving him “space” to handle the drama without any unnecessary additional commentary.

“We are supporting him by giving him space,” Yang told “Entertainment Tonight” at the 2022 Critics Choice Awards Sunday.

“I think he’s just, you know, figuring it out, because I think a lot is out of his control, in terms of people’s responses.”

Yang, 31, shared that he hoped Davidson was navigating his way through the feud despite West constantly barraging him with threats on social media.

“I think he’s just getting back to his comfort, and I think that is the best thing he can do,” Yang continued. “We are all thinking about him, and we love him so much.”

Yang’s comments came hours after West escalated his one-sided war with Kim Kardashian’s beau. In a video posted to Instagram (but since deleted), West claimed Davidson, 28, had texted him to brag about being in bed with Kardashian, 41, in response to the rapper’s public complaint about his daughter North West’s TikTok account.

“At this point it’s going too far. God, please. The boyfriend texts me, antagonizing me, bragging about being in bed with my wife,” West alleged.

“I’m like, ‘Well, who’s watching my children if he’s texting me, bragging about being in bed with my wife?’” 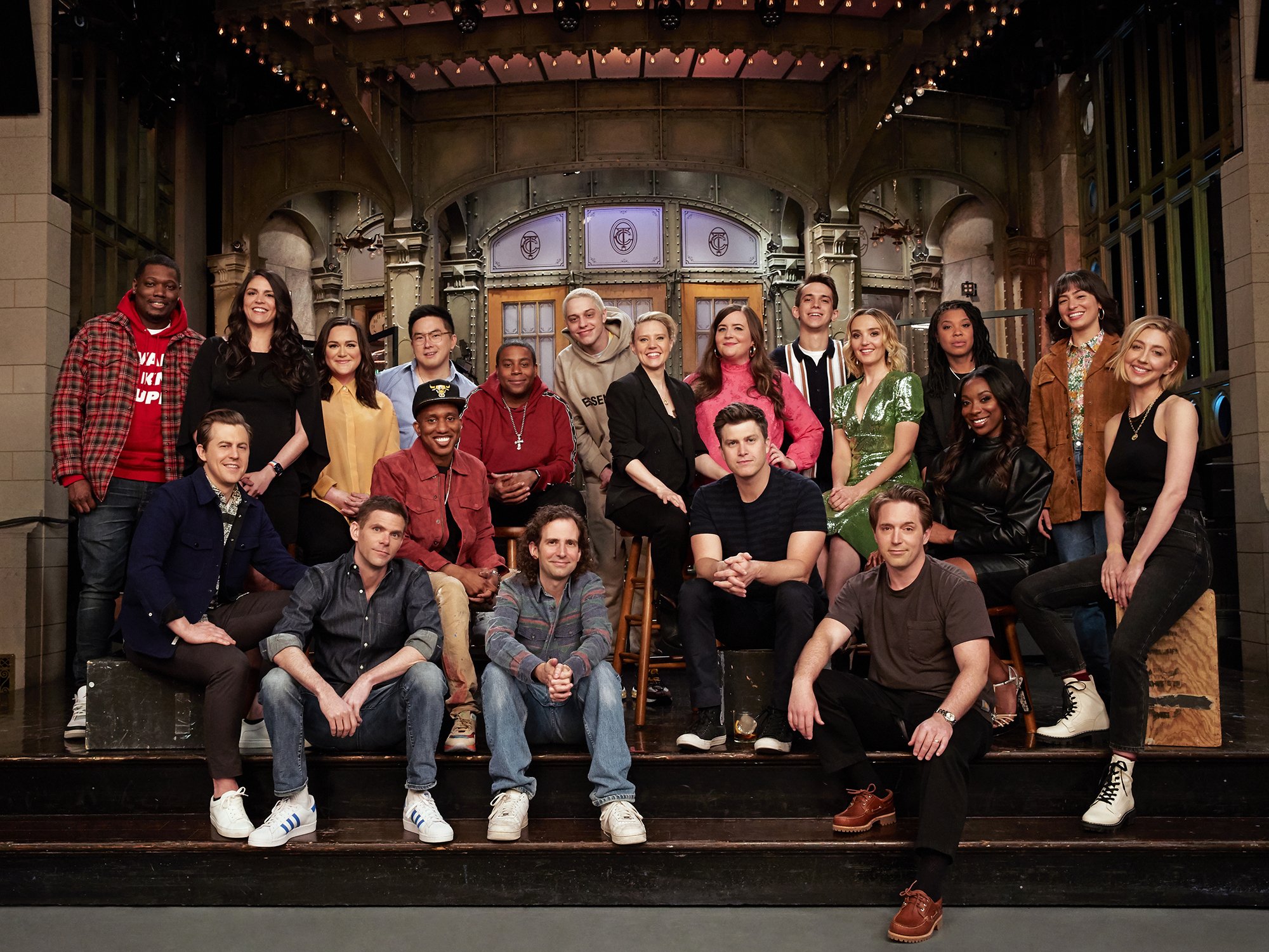 The “King of Staten Island” star’s good friend Dave Sirus later shared screenshots of Davidson’s exchange with West — which Page Six confirmed were legitimate — to show that he was actually defending the Skims founder to West.

“Kim is literally the best mother I’ve ever met. What she does for those kids is amazing and you are so f–king lucky that she’s your kids mom,” he wrote. “I’ve decided im not gonna let you treat us this way anymore and I’m done being quiet. Grow the f–k up.”

West then asked, “Oh you using profanity now. Where are you right now?”

Davidson clapped back with a selfie showing him shirtless under the covers, adding, “In bed with your wife.” 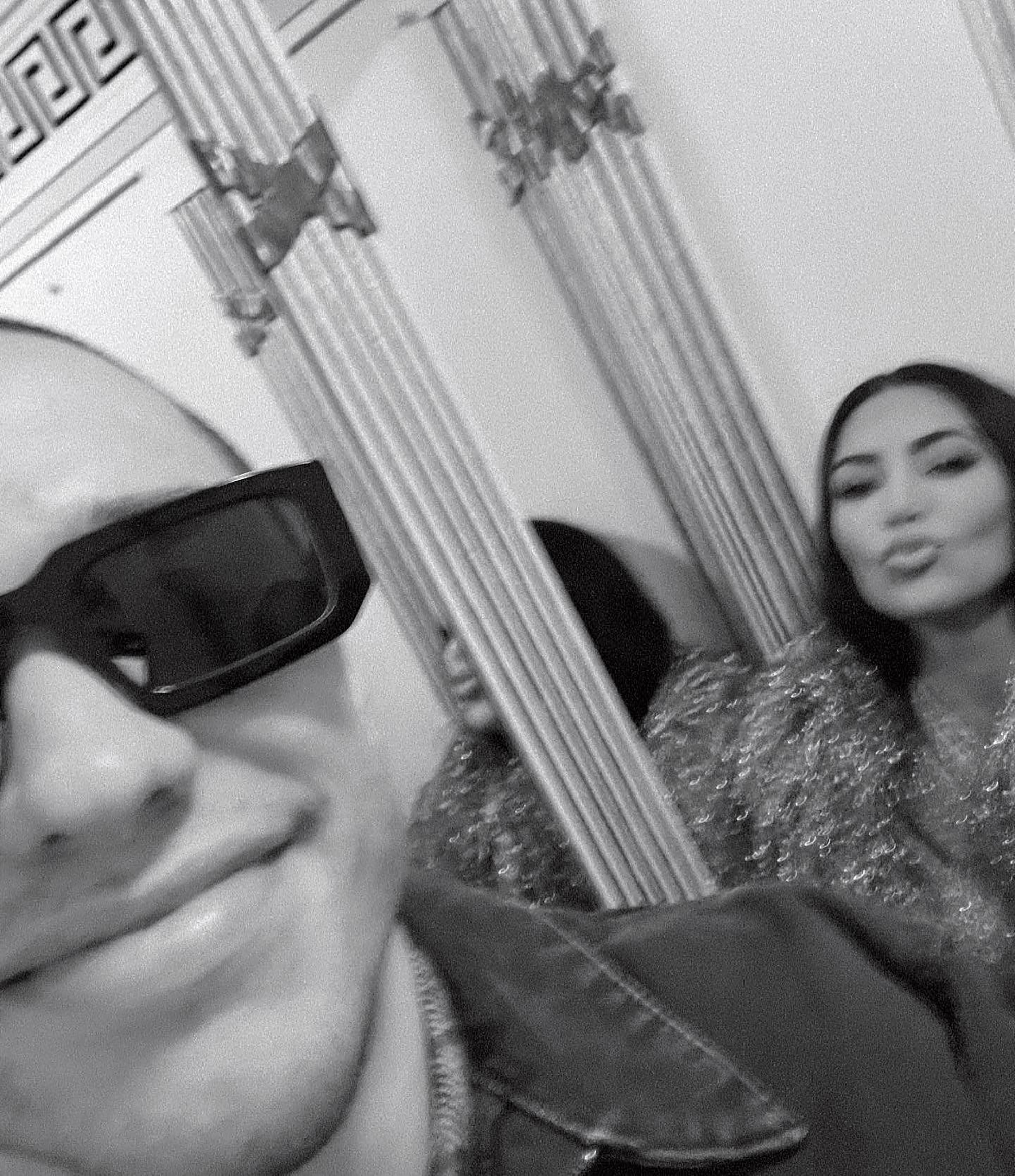 The exchange continued with Davidson asking West, 44, to meet him at his hotel for a private conversation, but the Yeezy designer refused. Eventually, the “Big Time Adolescence” actor changed his tune to a more sympathetic attitude.

“It’s not an easy journey, you don’t have to feel this way anymore. There’s no shame in having a little help. You’ll be so happy and at peace,” Davidson wrote, encouraging West to seek help for his mental health.

“I have your back even though you treat me like shit because I want everything to be smooth. But if you continue to press me like you have for the past 6 months I’m gonna stop being so nice.”

Davidson and Kardashian started dating in the fall, less than a year after she filed for divorce from West.