FOX Business correspondent Jackie DeAngelis, who was diagnosed with stage 1 breast cancer in June, said on Thursday that she believes early detection saved her life.

DeAngelis shared her journey on "Mornings with Maria" during Breast Cancer Awareness Month, stressing that "screenings are super important."

About 42,000 women in the U.S. die each year from breast cancer, according to the Centers for Disease Control and Prevention.

DeAngelis said she was diagnosed on June 17 after a routine mammogram.

"It just kind of blindsided me and the first call that I made was to my mother," she said.

"No mom wants to hear that their child has cancer," DeAngelis’ mother told FOX Business.

DeAngelis’ doctors said her masses were nearly invisible and described them as corn flakes crushed in a bag like "grains of sand." The FBN host revealed she didn’t have any history of breast cancer in her family and didn’t have the BRCA gene.

KAYLEIGH MCENANY: BREAST CANCER AND ME – WHY I CHOSE TO HAVE A PREVENTATIVE DOUBLE MASTECTOMY

DeAngelis said she was presented with two options, "a lumpectomy, which would come with radiation and chemotherapy and constant surveillance after" or a mastectomy. DeAngelis decided to have a double mastectomy.

Race for the cure

"Doing the double mastectomy was difficult, it was a harder surgery, but I was able to avoid the follow-up treatments, which I thought was really important," she told host Maria Bartiromo.

"I’ve never felt such fear in my life," she went on to say, explaining what it was like during the three weeks before her surgery.

DeAngelis said the "surgery went well" and returned to work only 13 days later. She is scheduled for a second procedure on Monday.

"The reconstruction is a piece of this," she explained.

"It’s been about 16 weeks since the surgery in July and they put tissue expanders in your breast."

WHY CORONAVIRUS-RELATED DELAYS IN CANCER SCREENINGS ARE CONCERNING, ACCORDING TO EXPERTS

"They took all the skin off, they want fresh skin to grow, they want to expand it and make room for that reconstruction so it’s been painful," she continued.

"It hasn’t really been pleasant. It feels like I have coke cans in my chest right now so I’m looking forward to getting them out on Monday."

DeAngelis told Bartiromo she felt compelled to share her story "because I think there’s a lot out there that other women don’t know."

She noted that maintaining a healthy lifestyle is important, saying she has retooled her life by "trying to think about some of the choices that I make, some of the products that I use, things that I put on my skin [and] food that I ingest to just try to be a little bit healthier." 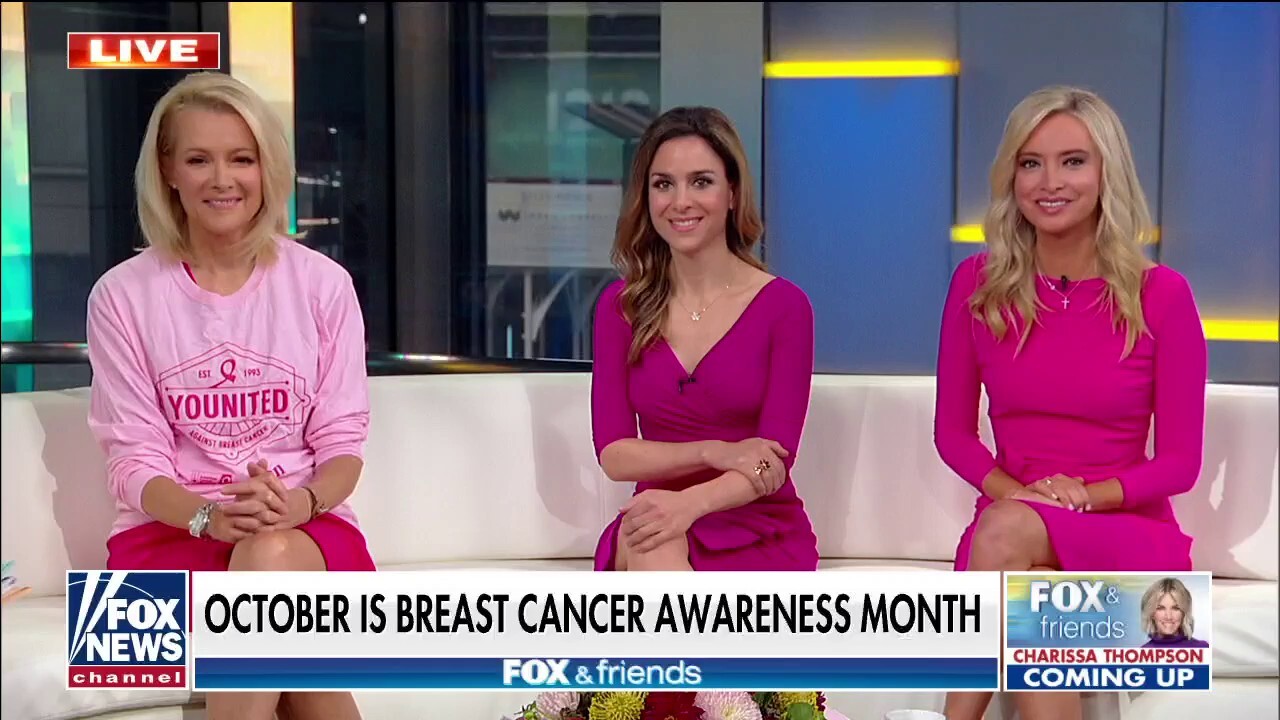 Willis was first diagnosed with stage 3 lobular breast cancer in 2016. She described the strain as a "weird kind" that’s hard to pick up with a mammogram – but after showing physical signs, Willis got tested and came back positive.

McEnany was never diagnosed with breast cancer but ran an 84% risk of developing the disease since eight women in her family had already been diagnosed, some passing away in their late 20s.

After testing positive and keeping 10 years of surveillance on the matter, including multiple scares, McEnany decided to receive a double mastectomy as well.

GET FOX BUSINESS ON THE GO BY CLICKING HERE

During the coronavirus pandemic, screenings for breast cancer plummeted.

"There’s something that people can learn here and I want them to learn from my journey that number one, the fear is there of course, but this is not a death sentence anymore and you can overcome it because I did," DeAngelis said on Thursday.

"No. 2, one in eight women will get breast cancer. I never thought it could be me. I didn’t think I had health problems or a reason to worry, but it happens and it could be random and it could happen to you."

"I urge people, if they’ve been putting this off, go in there, get the screening. It’s important," she added.