Skip to content
HomeLifestyleBrighton 0 Crystal Palace 1: Jordan Ayew nets only goal of game as Schelutto booked on bench for feud with Zaha – The Sun

Striker Ayew netted the only goal of the game on 71 minutes after tucking away Christian Benteke’s through ball. 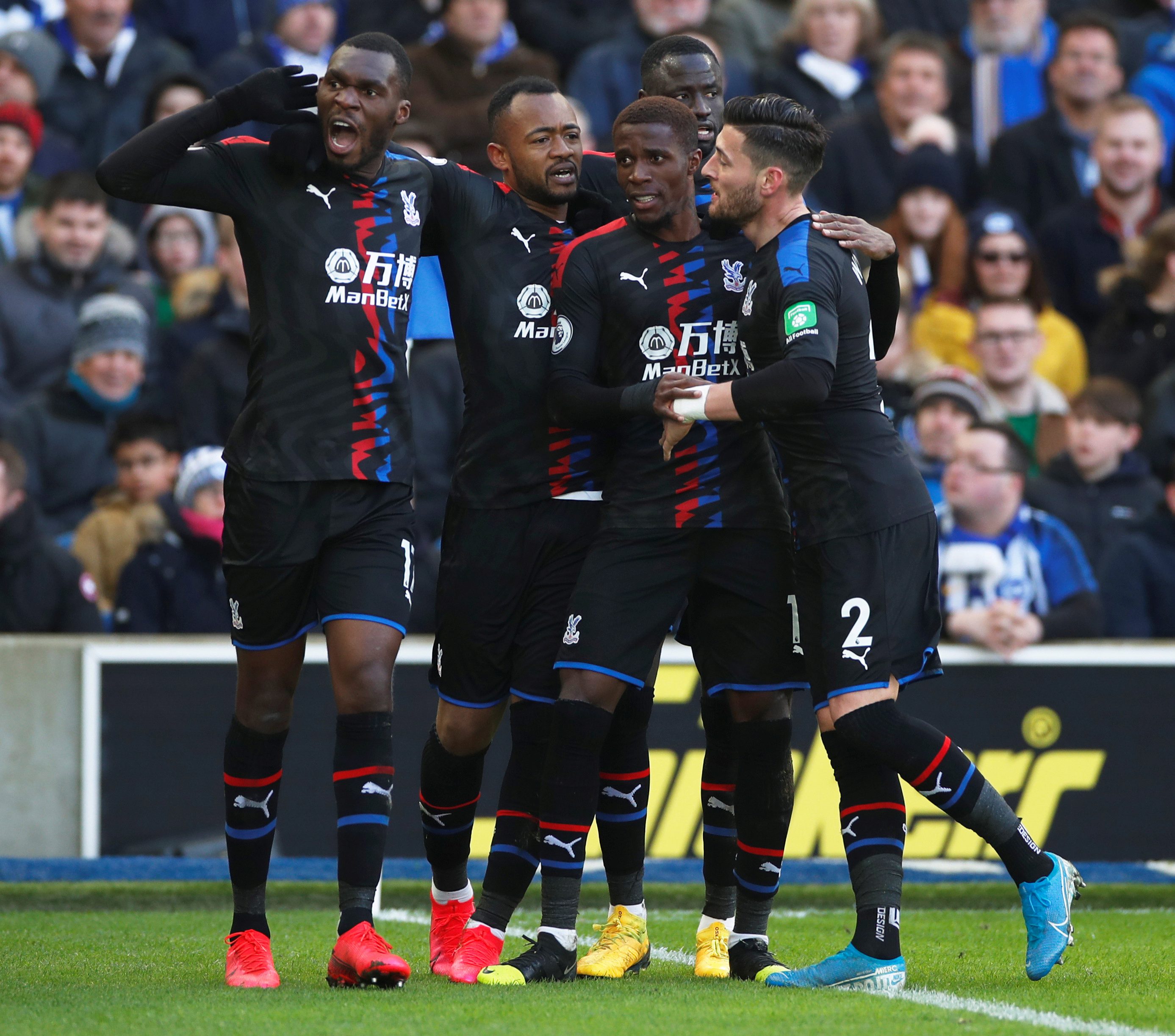 The finish saw away fans set off plumes of black smoke as they celebrated their side reaching 36 points and virtual safety against their arch-rivals.

It meant a happy end to the day for Zaha, who had clashed with Brighton sub Ezequiel Schelotto ten minutes before the break.

Zaha had copped abuse from the home crowd after appearing to spit in their direction and then cupping his ears over in the North-West corner of the Amex.

Schelotto, who was warming up in the area, then kicked the ball against Zaha, infuriating the Crystal Palace star who angrily shoved the Argentine.

Seagulls supporters booed nemesis Zaha from then on – then jeered him as he missed a last-minute sitter – while Schelotto cheekily mocked the tricky winger’s antics with a crying gesture.

But it will be the Albion team and fans most upset after this result as they slipped to defeat after wasting a number of chances.

Neal Maupay and Solly March were the guiltiest parties, with both failing to beat keeper Vincente Guaita when played clean through.

And with a horror fixture list to come, Graham Potter’s side will be looking nervously over their shoulders with the relegation zone just four points away and no wins in eight. 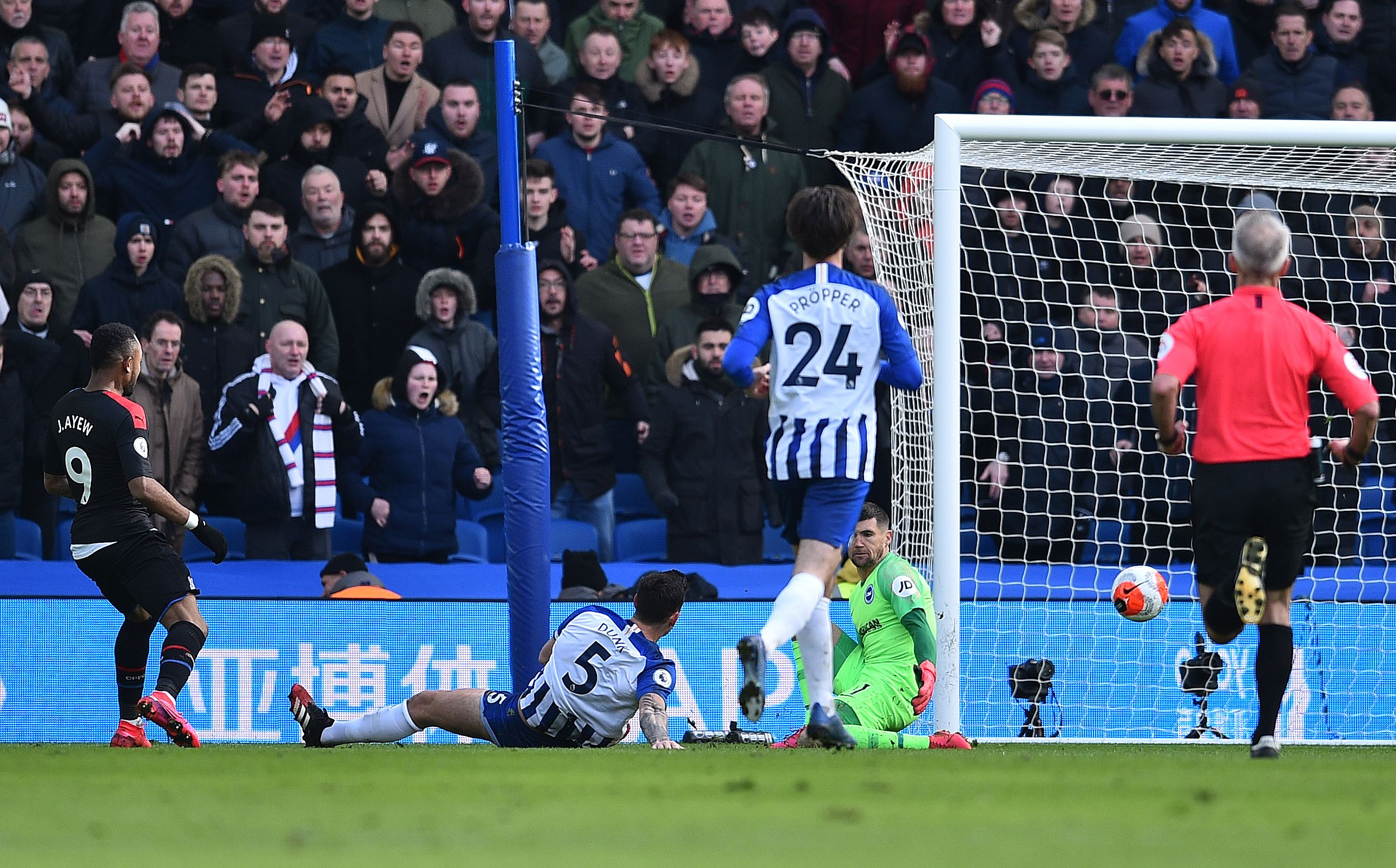 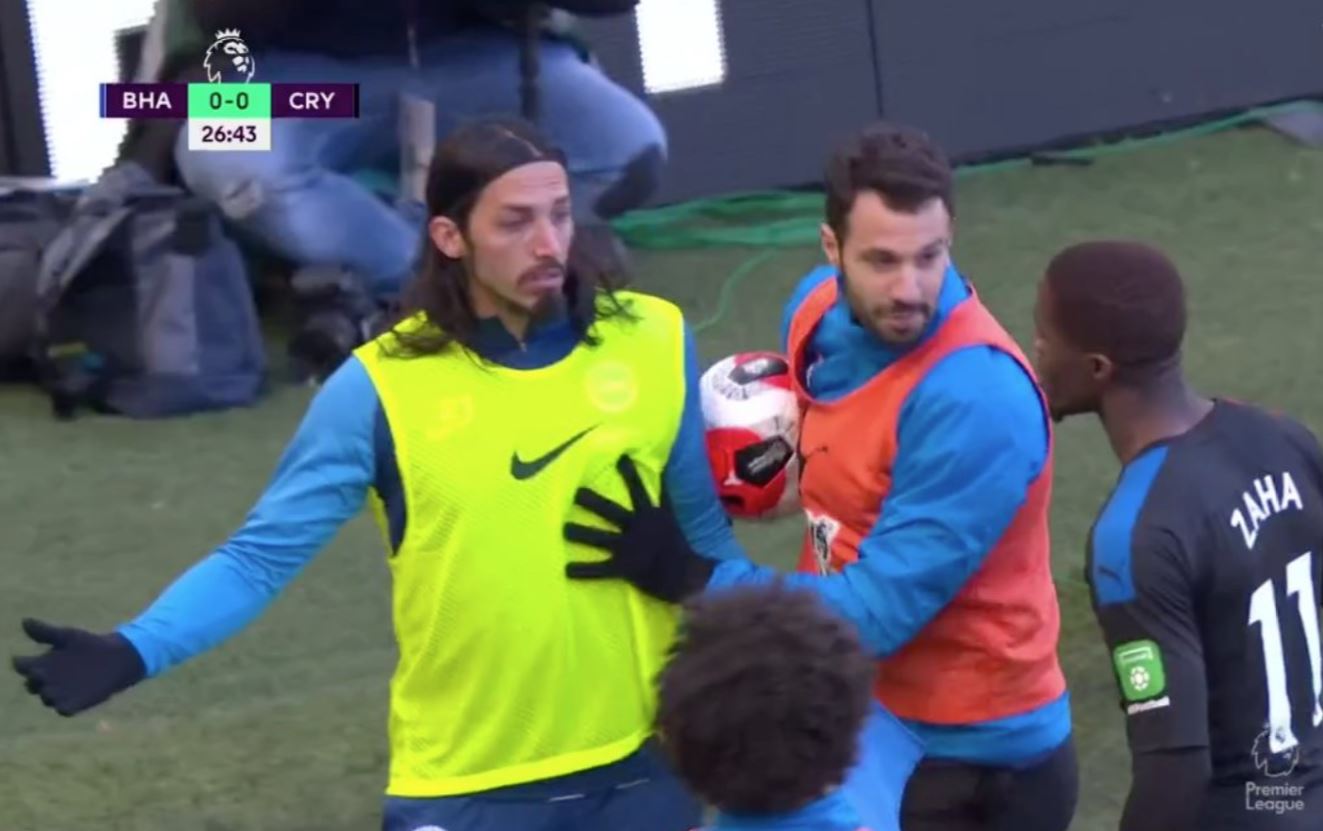