BRIGHTON substitute Ezequiel Schelotto was shown a yellow card midway through the first half following a bust-up with rival Wilfried Zaha.

The feud was sparked when the Crystal Palace winger appeared to spit towards the Brighton subs warming up on the touchline. 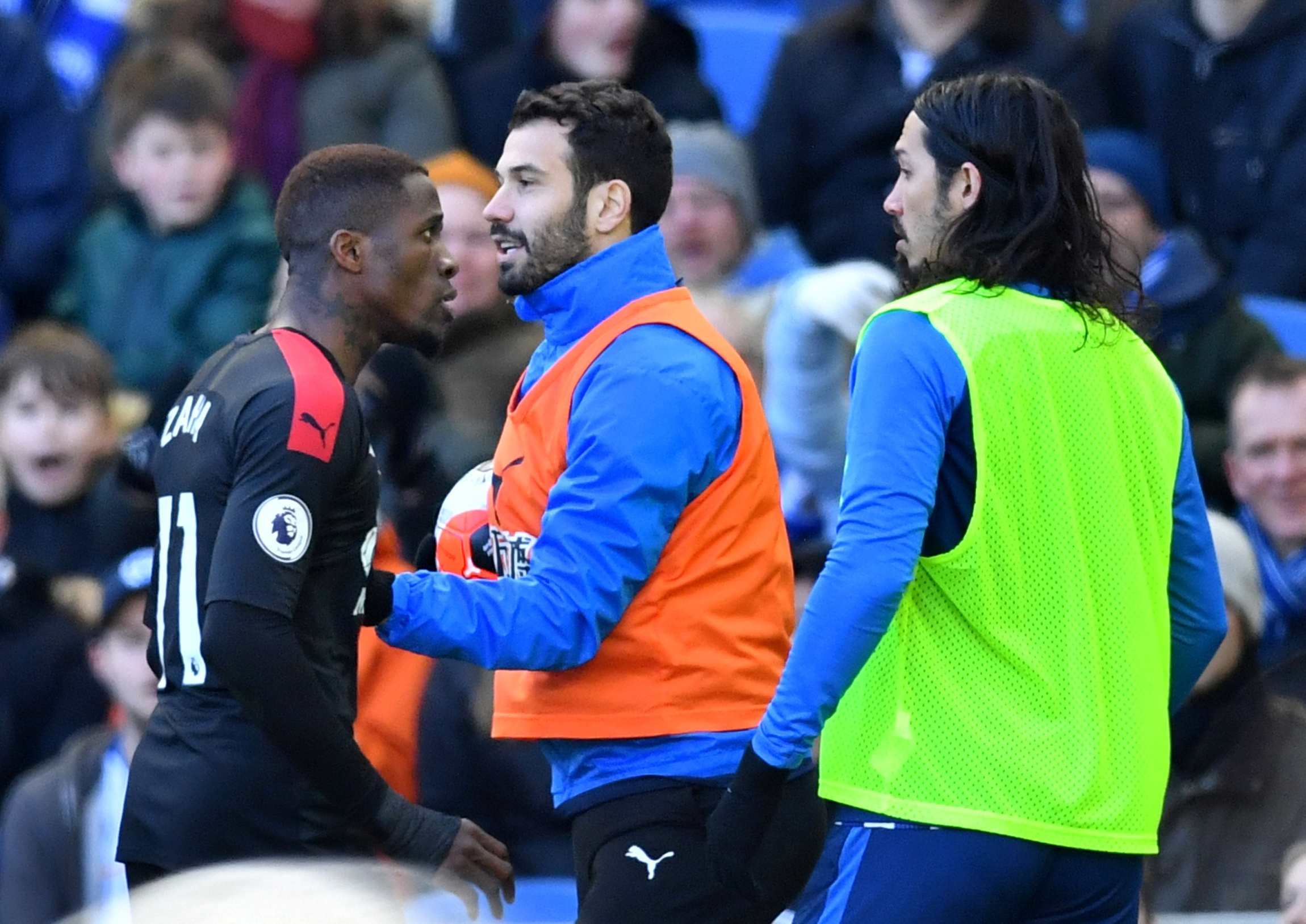 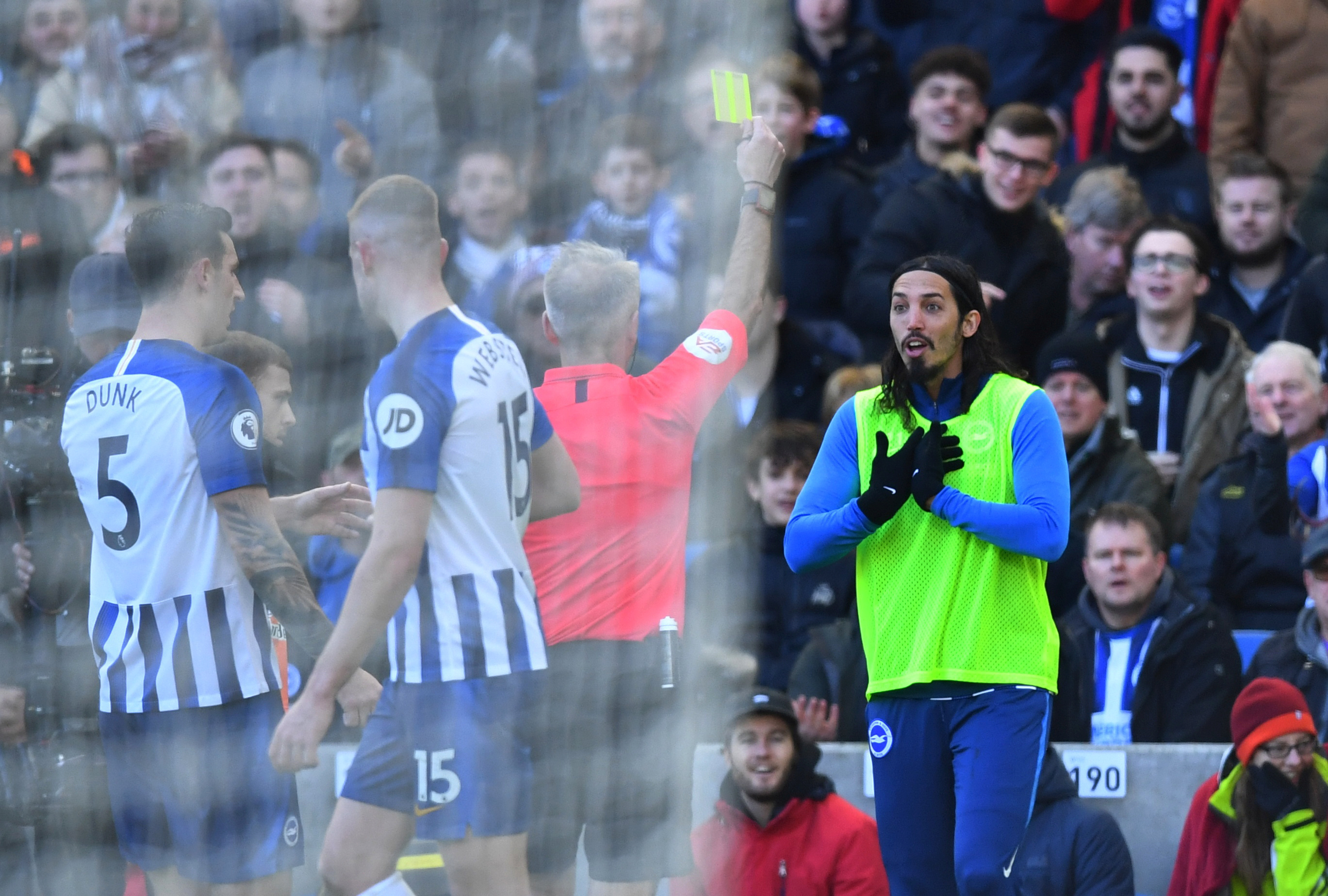 Zaha then cupped his ears to the home fans after being greeted to a chorus of jeers.

But tempers threatened to boil over when Schelotto hit Zaha with the ball sparking an angry reaction from the Ivory Coast international.

Zaha raced over to the Argentine right-back and shoved him before the pair were locked in a series of verbals.

The referee showed Schelotto a yellow card for his role in the incident while Zaha escaped with a warning.

Schelotto was then at it again a few minutes later after he was caught on camera shouting towards Zaha.

Ahead of kick-off, Zaha called for fans to stop booing him as he feels like the “panto villain”.

He told The Mirror: "I’ve had so many messages where people are saying, ‘I hope you die’.

"I’ve been depressed until that point but you just have to be mentally strong. I get hundreds of abusive messages a week.

“For some reason, I’m that pantomime villain that every club hates. Every team. We played against Colchester. I’ve never played against them before, I go on and I get booed. I’m thinking, ‘You don’t even know me, why are you booing me?’ 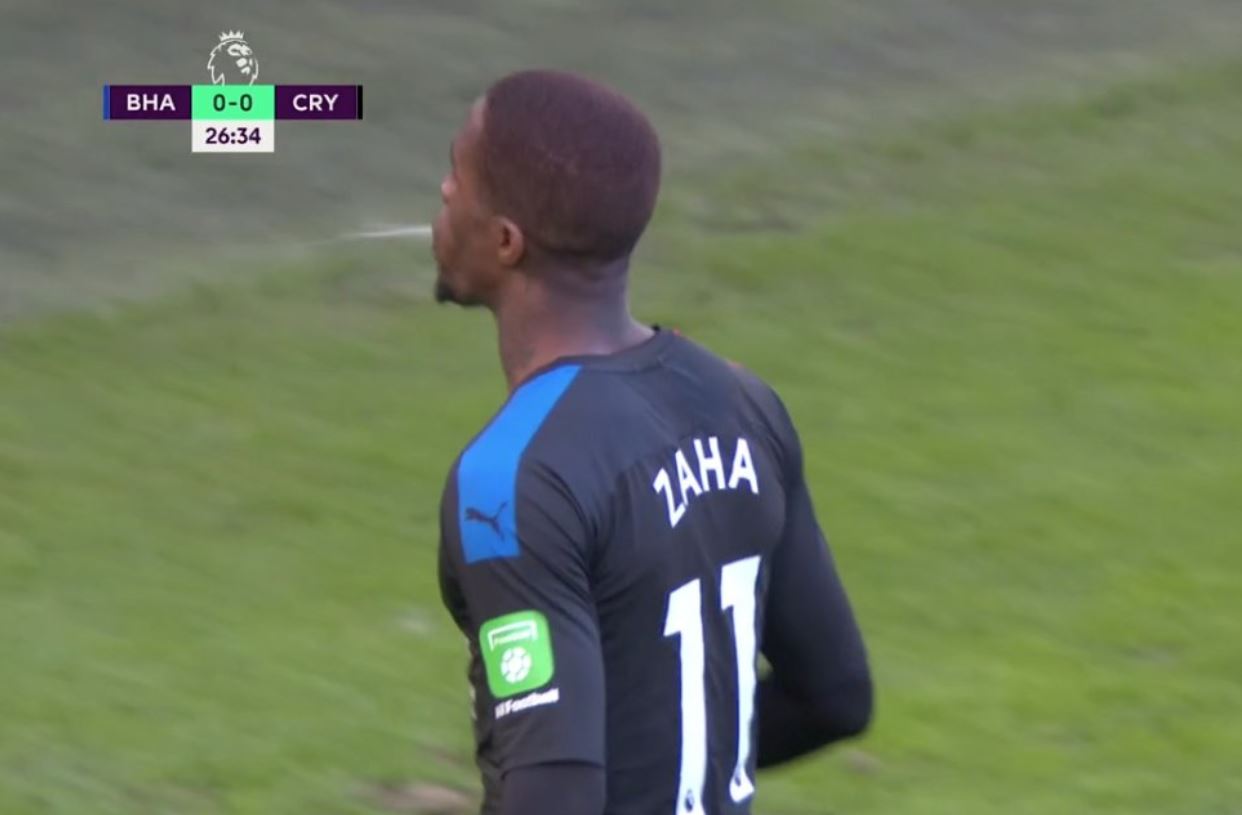 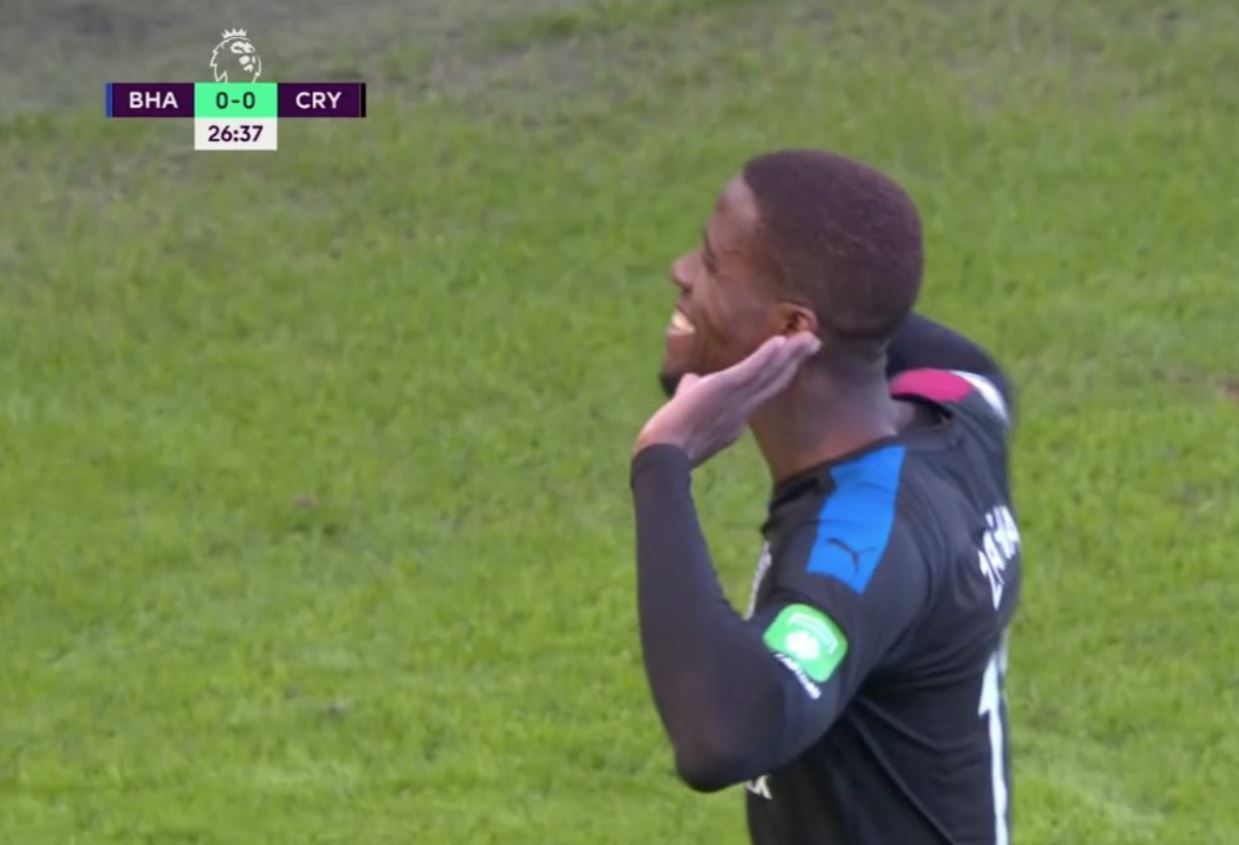 "If I’m going off with crutches…that’s not a compliment. ‘Yeah, but you’re one of the best players so take him abusing you as a compliment’.

"It doesn’t feel nice for me so why would I have to have this thick skin? I’m the only player being booed.

“Even Brighton, I got sent a video where they’re singing on a train, ‘Zaha’s got malaria.’ This is the stuff I get all of the time.”