She is expected to be Mares' Hurdle bound, but a clash with Paisley Park in Thursday's feature is not off the cards for now. 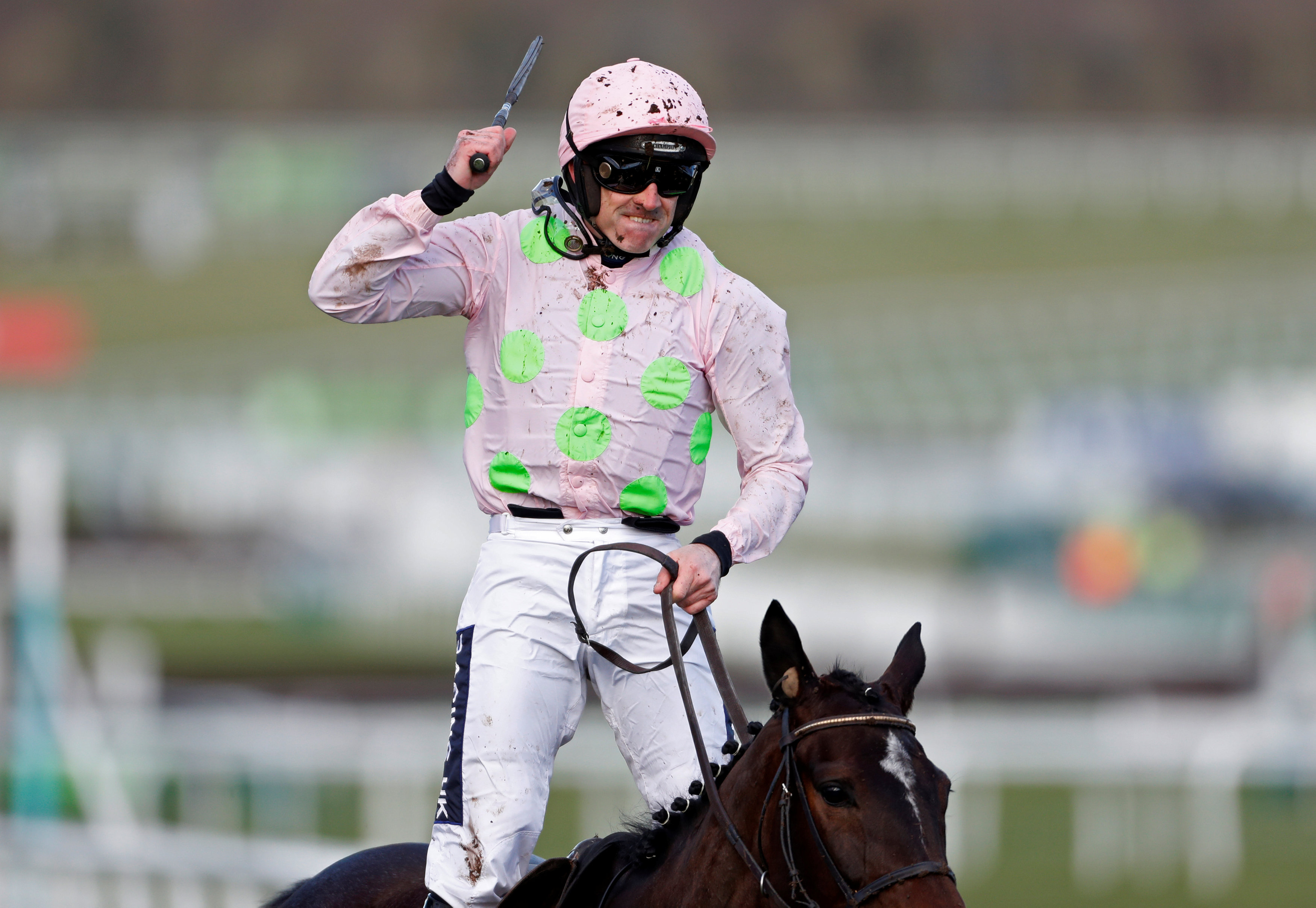 Emma Lavelle's defending champ remained at the top of the betting though and is one of 18 who remained in contention.

The eight-year-old is unbeaten in his last seven starts in all and is odds-on across the board to continue his winning sequence on his return to Prestbury Park.

Mullins could also send Penhill and Bacardys to the race.

There are three other Irish-trained hopefuls, in Gordon Elliott's Apple's Jade, who is set to wear blinkers for the first time on what could be her swansong, Martin Brassil's Ballymore Novices' Hurdle winner of last season City Island, and Matthew Smith's Ronald Pump.

Tom George looks set to saddle both Summerville Boy and The Worlds End, while Warren Greatrex has high hopes for Emitom following his impressive recent triumph at Haydock.

A Plus Tard, Frodon and Min are three of 13 horses confirmed for the Ryanair Chase.

The Paul Nicholls-trained Frodon brought the house down when triumphant in last year's renewal under a jubilant Bryony Frost, but arguably faces a tougher test this time around, with a couple of top-class Irish raiders in opposition.

Mullins has also left in Duc Des Genievres, Real Steel and the aforementioned Chacun Pour Soi, although the latter is almost certain to run in a mouthwatering renewal of the Champion Chase 24 hours earlier.

Frodon is joined on the list by a couple of stable companions who also appear Champion Chase-bound in Dynamite Dollars and Politologue.