Manchester City and Manchester United joined forces on Sunday afternoon to deliver a message of solidarity to those affected by the war in Ukraine.

City players emerged ahead of the Manchester derby at the Etihad wearing t-shirts carrying the Ukrainian flag with a message reading ‘no war’, while their cross-town rivals donned black t-shirts displaying the same statement.

A large Ukrainian flag echoing the message was unfurled in the stands, where City fans waved Ukrainian flags before kick-off as players and staff from both teams observed a minute of applause. 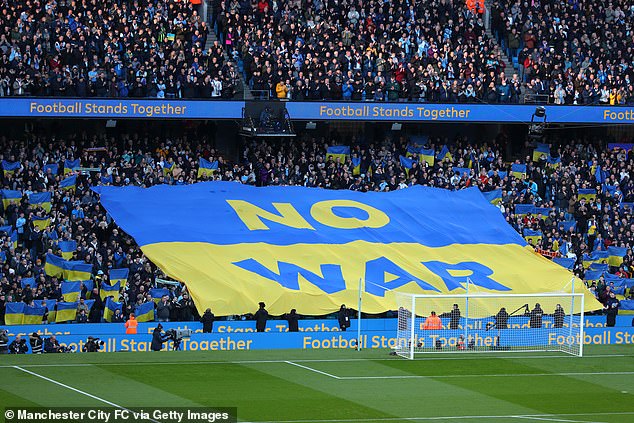 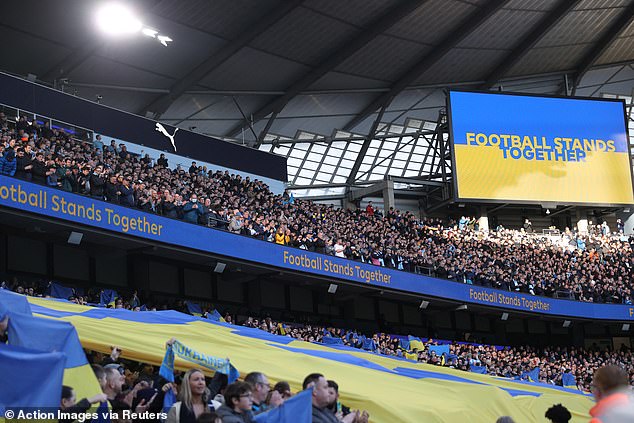 Among those joining in was City’s full-back Oleksandr Zinchenko, who started the 187th Manchester derby on the bench.

The Ukraine international spoke movingly of the ordeal several of his friends and relatives are suffering in his homeland and revealed only his family had stopped him from travelling to fight in Ukraine.

‘It’s everything in my head. Imagine the place where you were born, where you were growing up and there is just empty ground,’ the 25-year-old told Gary Lineker during an interview with BBC Sport. 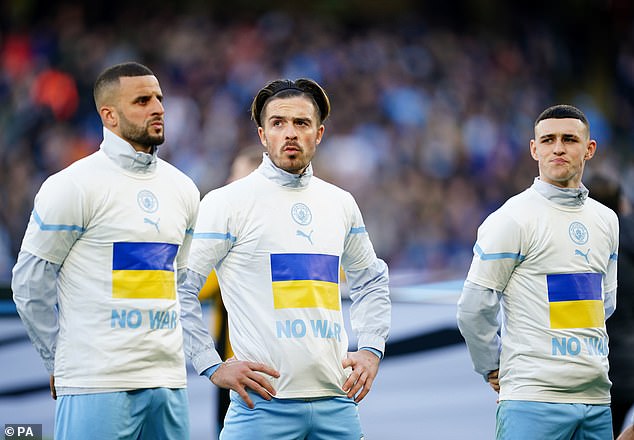 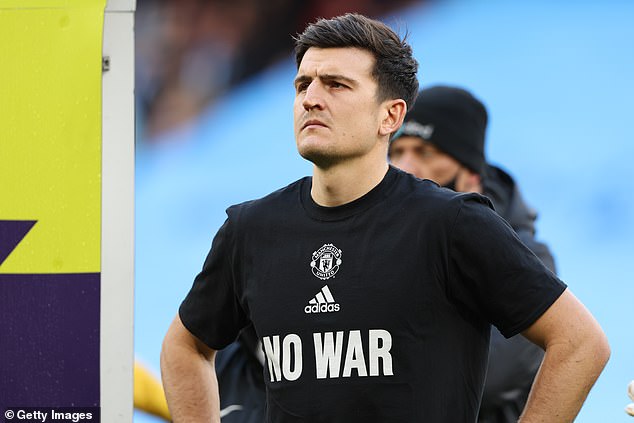 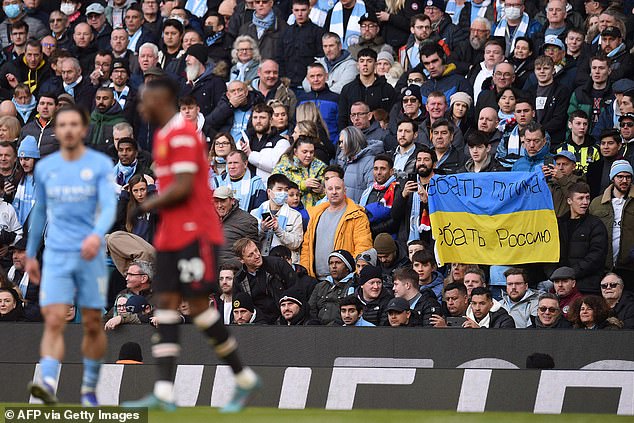 ‘I can show you one million pictures and videos of every city in my country which they destroyed. I’ll be honest, if not for my daughter, my family, I would be there.’

Captains of all 20 Premier League clubs wore armbands carrying the colour of the Ukrainian flag this weekend, with a ‘moment of reflection and solidarity’ taking place before kick-off in grounds across the country under the ‘Football Stands Together’ banner.

According to UN estimates, over 1.5million people have fled Ukraine into neighbouring countries since Russia’s invasion began 11 days ago.