COPENHAGEN star Michael Santos has been charged in connection with an alleged assault following a fracas with a policeman after his side's winner against Celtic.

Santos, 26, collided with the cop and sent him crashing to the ground during wild celebrations in their shock Europa League win at Parkhead. 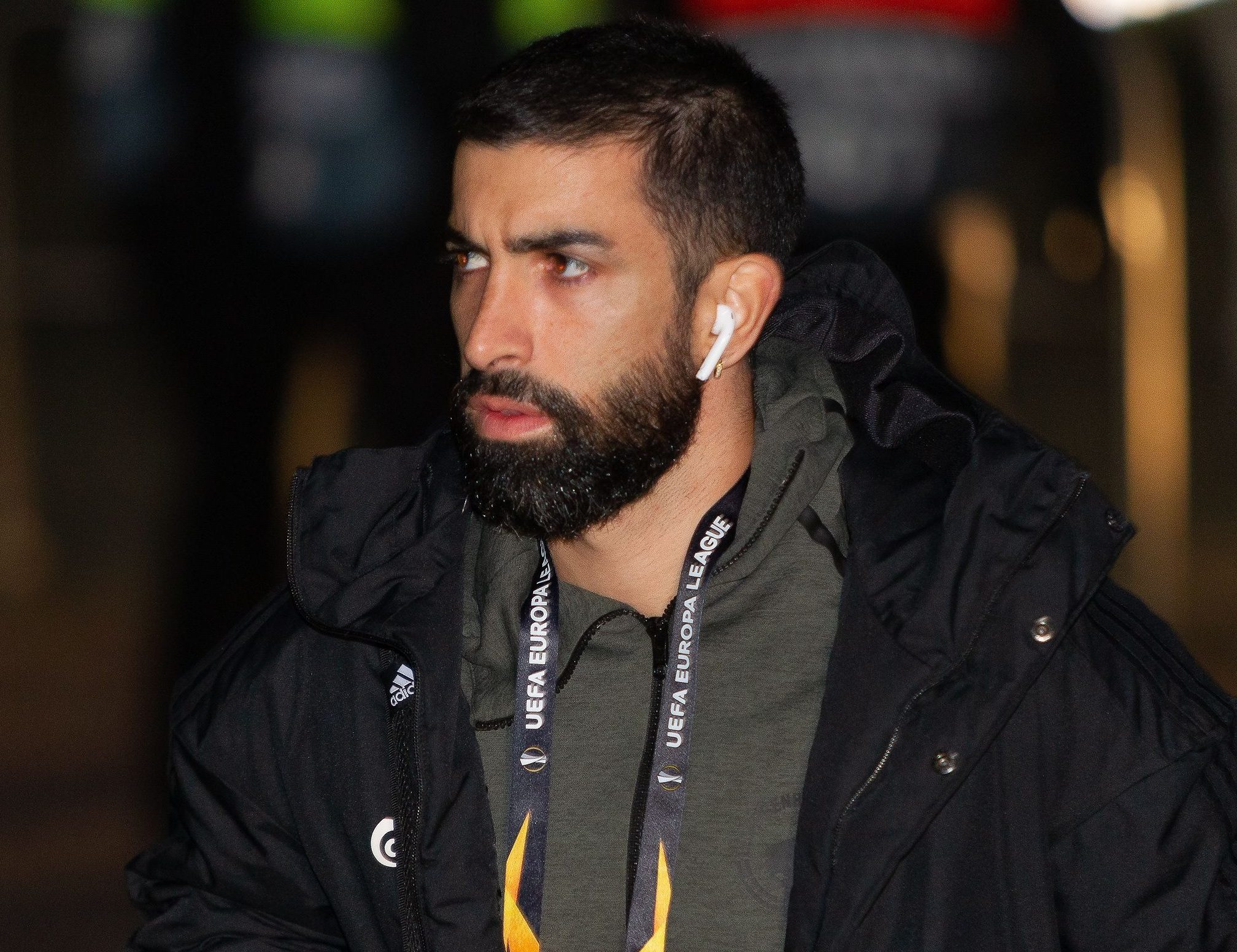 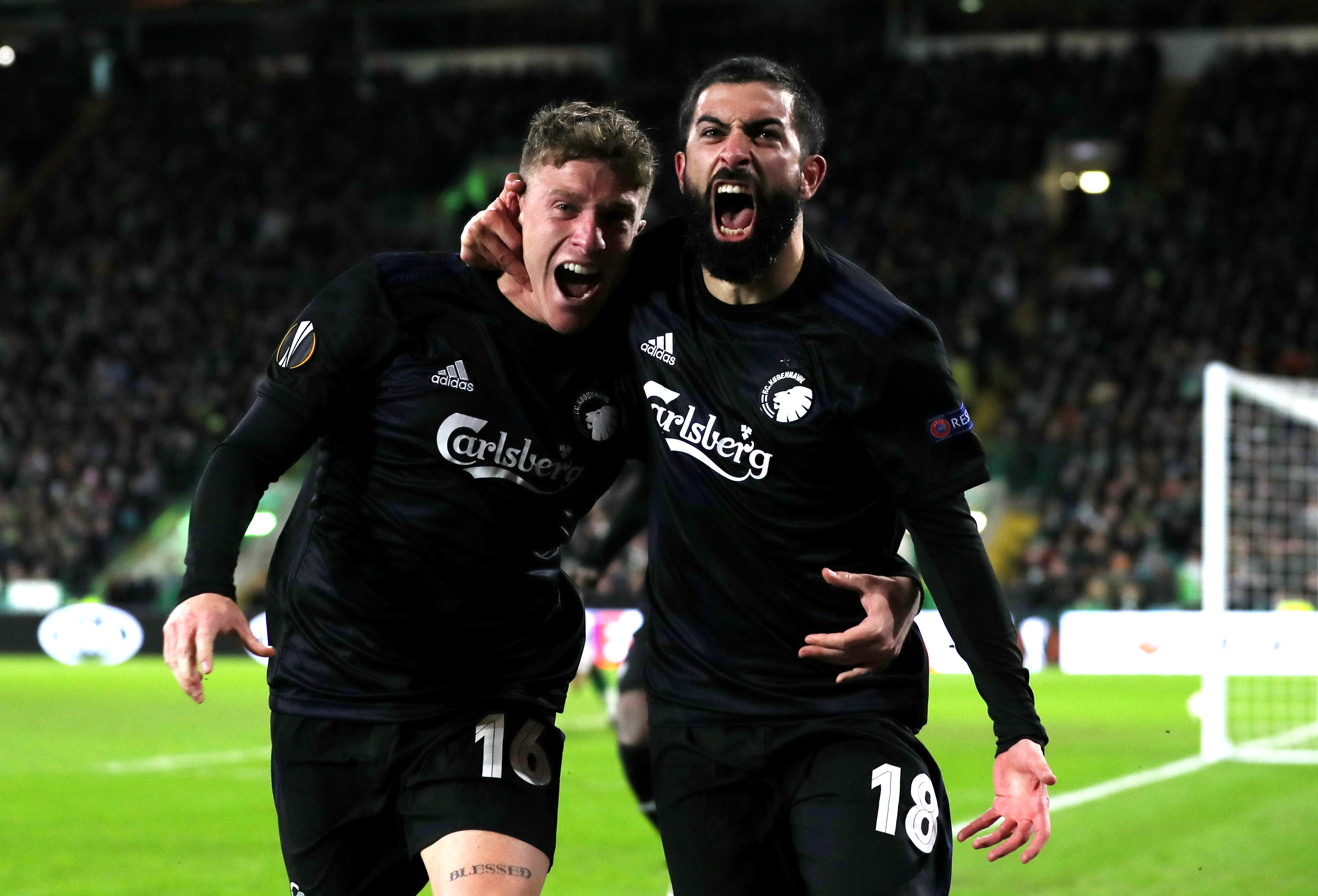 TV cameras captured the incident after Pep Biel gave the Danish side the lead.

And now Santos has been charged with alleged assault, along with a member of the Copenhagen staff.

A spokesperson for Police Scotland revealed: "Two men aged 26 and 42 were charged in connection with an alleged assault at Celtic Park last night.

"They have been reported to the Procurator Fiscal."

After scoring the decisive goal, Biel ran to the corner flag to celebrate with the ecstatic travelling Copenhagen fans.

A policeman could then be seen grabbing the Spaniard from behind and spinning him round as he tried to calm him down.

As the pair tussled, the cop was sent flying by Santos – who had stormed over to join Biel in his celebrations.

The camera then cut away just as the policeman was standing back up to show Copenhagen boss Stale Solbakken celebrating with his staff.

As the TV footage returned to Santos and Biel however, the Uruguayan could be seen being grabbed by the policeman who fell. 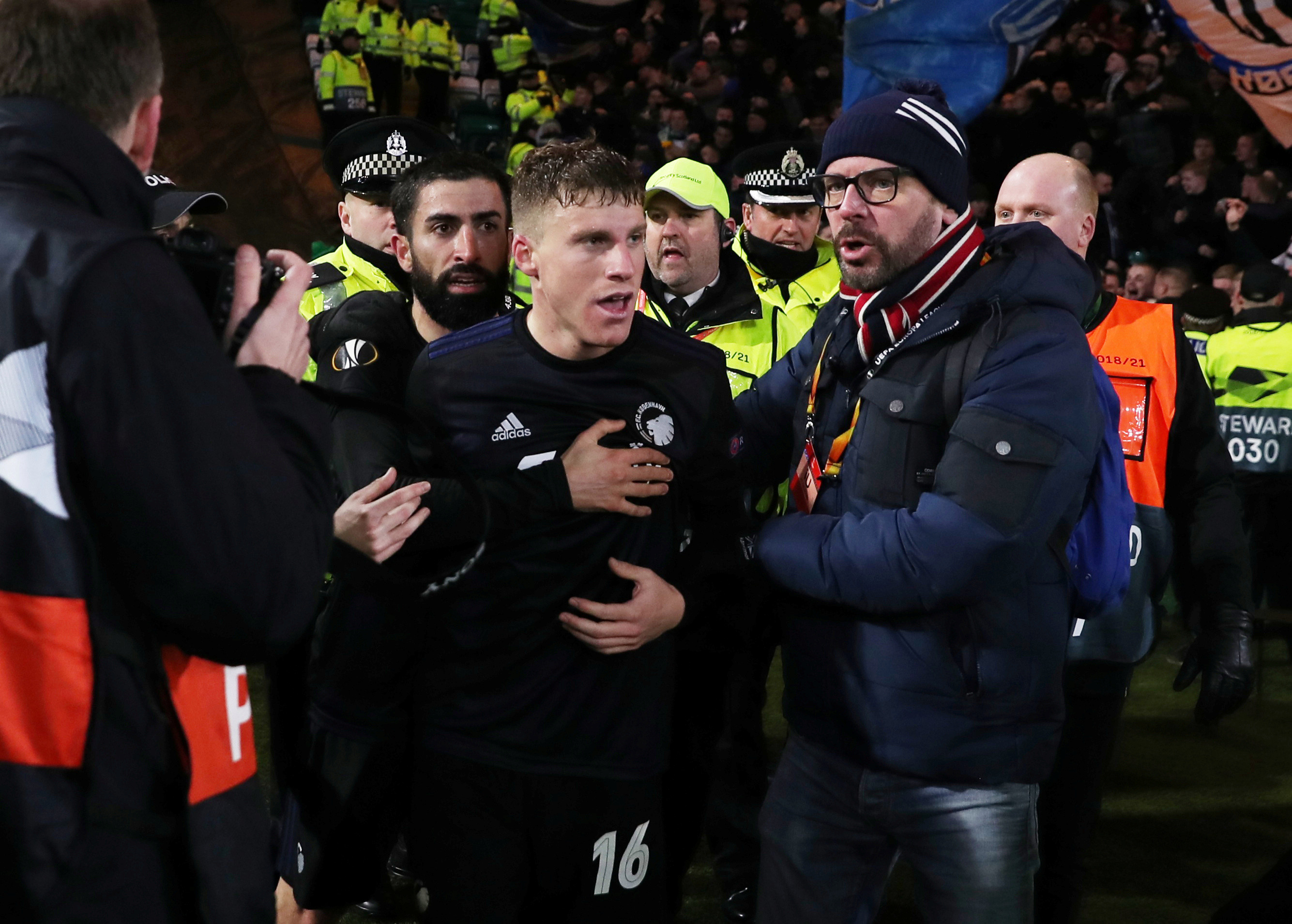 Another officer then appeared to try and assist him as Santos put his arms around Biel and tried to walk away.

The striker could then be seen turning round to the policeman and was seen wagging his finger at him.

Copenhagen ultimately secured a 4-2 aggregate win to send them into the Europa League last-16 – and Celtic crashing out at the first knockout stage.