Police are on the lookout for two American alligators that were stolen from a pet shop earlier this month.

The theft, which reportedly took place at Pearce’s Pet Place in Indiana County, Pa., on Aug. 8, includes a six-foot female alligator and four-foot male alligator, according to Pittsburgh Post-Gazette.

EARLY-MORNING WAKEUP CALL TURNS OUT TO BE 2 ALLIGATORS FIGHTING OUTSIDE FLORIDA HOME: REPORT

Representatives from Pearce’s Pet Place and Indiana Borough Police Department did not immediately respond to Fox News’ request for comment.

However, the owner of the shop, Mike Pearce, told the Pittsburgh Post that the enclosure holding the two alligators had its 12 screws removed – a feat that makes him doubt the creatures simply ran away.

“I am really bummed and I want them back,” he added. “If they were going to a big place where people knew how to care for them, I would be happy for them. But I fear that’s not the case.”

The alligators have lived their lives in captivity, so it is not clear if they will be able to survive on their own if they have been let loose into the wild. Pearce also worries that they are in the thieves’ custody, the two alligators may not be given a proper diet or health care. 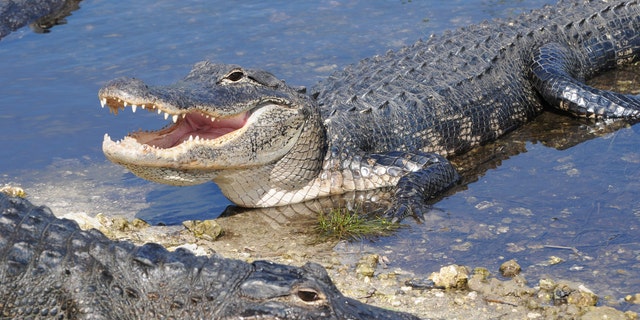 Two alligators were stolen from Pearce’s Pet Place in early August 2020. Police are searching for the animals in Pennsylvania. (iStock)

In a separate and unrelated incident more than 230 miles away, also in Pennsylvania, a couple was arrested this past weekend over canine-related theft from a pet store.

Seven puppies were reportedly stolen from a pet shop named Puppies on Oak Street in Scranton, according to local news outlet WNEP.

The stolen puppies included a Siberian Husky, Shiba Inu and Labradoodle mix. The seven puppies’ retail have a total retail value of $15,000. The puppies were returned to the shop.