Coronavirus infections among children continue to hit near-record highs in the United States, with pediatric cases accounting for nearly 26% of all new cases reported last week, according to a new report.

Nearly 226,000 new pediatric cases were reported between Sept. 9 and 16, which is slightly lower than the previous two weeks’ totals but still higher than at any other time during the pandemic, according to the report released Monday by the American Academy of Pediatrics and the Children’s Hospital Association.

This latest boom in COVID-19 infections among children has primarily been seen in the South, according to the report, as government officials in that region have largely fought against mitigation efforts such as mask mandates and vaccination requirements.

“Child cases are high in places where community cases are high,” Dr. Sean O’Leary, vice chair of the AAP Committee on Infectious Diseases, told HuffPost. “Where we’re seeing the highest rates in the entire population, the child cases go up.” 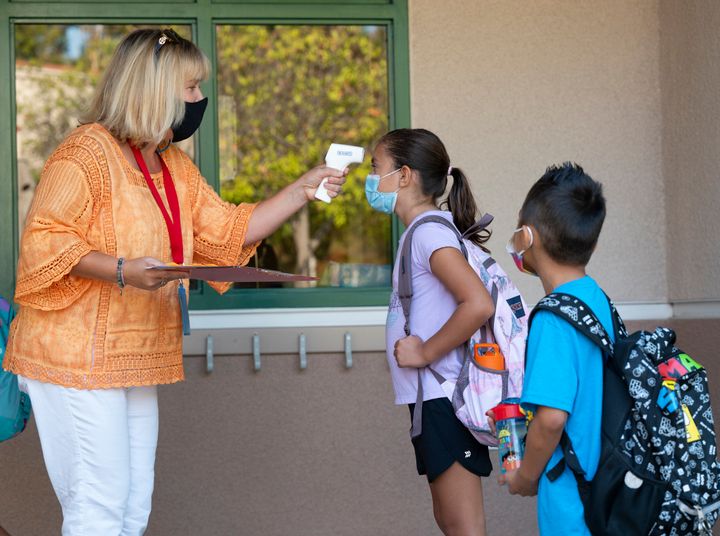 Children returning to classrooms isn’t necessarily the reason for the increase in cases. Instead, a combination of high community transmission, low vaccination rates and fewer efforts to curb infections has allowed the highly contagious delta variant to spread, particularly among children who are ineligible to be vaccinated, O’Leary said.

“They essentially are completely unprotected. And so even in places where there is high vaccination coverage in the adult population, if there’s still a lot of community transmission, you’re going to see proportionately more children infected,” he said.

The impact of the delta variant has been apparent in the steady rise in pediatric cases since the start of the summer.

Today, the delta variant is responsible for almost all new cases in the country, according to the Centers for Disease Control and Prevention.

“The best way to deal with this situation is for as many people, including adults, to get vaccinated as soon as possible because that will drive down community transmission and protect children who are too young to be vaccinated,” said O’Leary, who also reminded parents to make sure their children are up to date with all of their other recommended vaccines.

Drugmaker Pfizer announced Monday that it will seek emergency use authorization by the end of the month for administering its coronavirus vaccine to children between the ages of 5 and 11. Currently, only those over the age of 12 are eligible to be vaccinated.

In the AAP and CHA’s latest report, both groups noted that children remain less likely than adults to suffer serious illness or die from the coronavirus. However, more research is needed to determine the long-term impact of the pandemic on children, “including ways the virus may harm the long-term physical health of infected children, as well as its emotional and mental health effects,” the health organizations said in a statement.