Damilola Taylor’s father says ‘nothing has really changed’ 20 years after his son, 10, was stabbed to death with a broken bottle – and insists the fall in knife crime was the one ‘good’ thing about the pandemic

Damilola Taylor’s father says that ‘nothing has really changed’ 20 years after his ten-year-old son was stabbed to death with a broken bottle in 2000.

Richard Taylor, 72, from London, appeared on Good Morning Britain today to speak about launching his new charity The Hope Collective, which aims to educate impoverished and marginalised communities around the globe.

Damilola’s father has been an avid anti-knife campaigner campaigner for years, and has continued to work to prevent youngster from turning to knife crime.

He told that while not much has moved on since his son’s death, he will continue to do his ‘best work’ to help people ‘change their life’, and that an advantage of the pandemic has been a temporary decrease in knife crime. 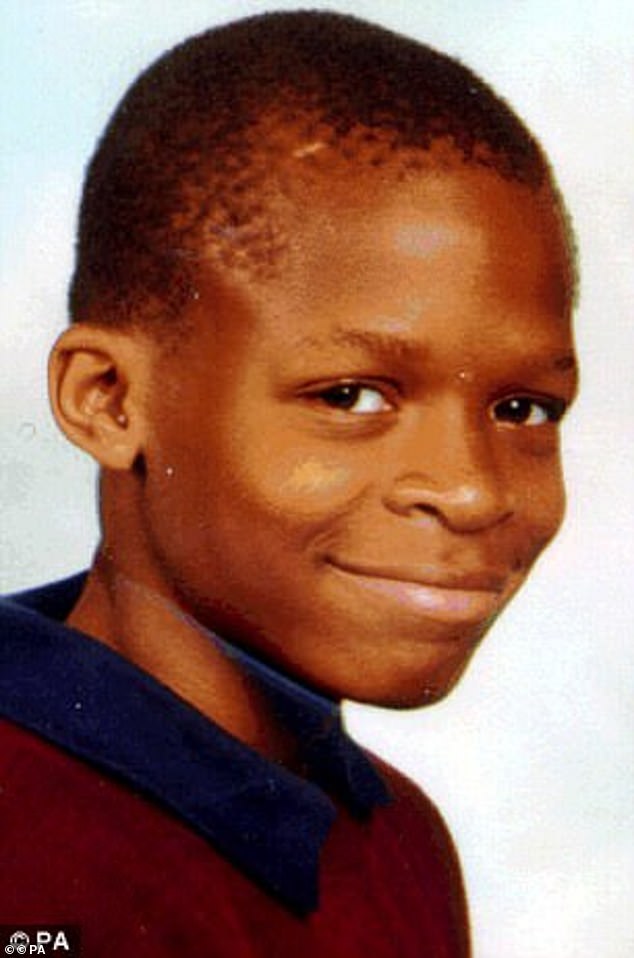 The savage murder of Damilola Taylor, pictured, in Peckham in an unprovoked attack 20 years ago sparked nationwide outrage after the ten-year-old was stabbed to death with a broken bottle 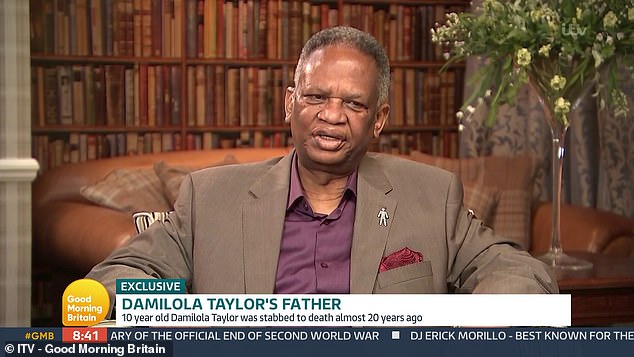 His father Richard Taylor, 72, from London, appeared on Good Morning Britain today to speak about launching his new charity The Hope Collective

‘We’ve been on this for the past 20-years and things have not really changed’, said Richard.

‘We still continue to do our best to work with people, to let them understand the need, to see the reality in life about positive behaviour and change in their life.’

He went on to say the coronavirus pandemic was an effective way of keeping young people off the streets, and that a ‘good thing’ about the crisis was the temporary decrease in street crime.

‘It’s obvious the pandemic had an effect on keeping young people at home’, he said, ‘The way I have seen it, it has helped in one way to prevent young people being on the street. 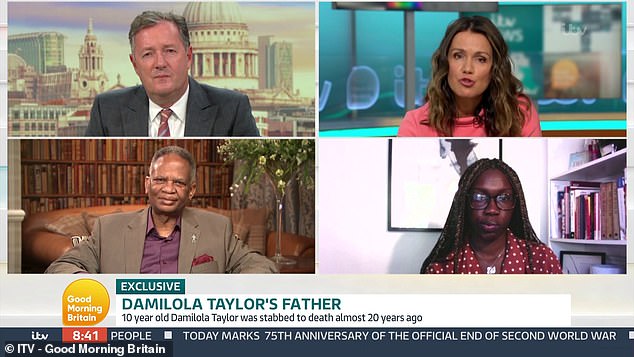 Richard was joined by The Hope Collective ambassador Aminat Sule (pictured bottom left) , who is training to be a barrister and hosts Piers Morgan and Susanna Reid (pictured top)

‘In another way it has caused a lot of setbacks for parents who have to keep children at home. But the good thing about it is the rate of knife crime during the peak of the pandemic came down a bit.

‘But now things are getting back to normal we are now hearing the rate is coming up again. But for young people it’s an advantage for them to continue their education at home online.’

The savage murder of Damilola in Peckham in an unprovoked attack 20 years ago sparked nationwide outrage.

Damilola had moved to Britain from Nigeria a few months before he was jabbed in the thigh with a broken beer bottle by a gang of youths. 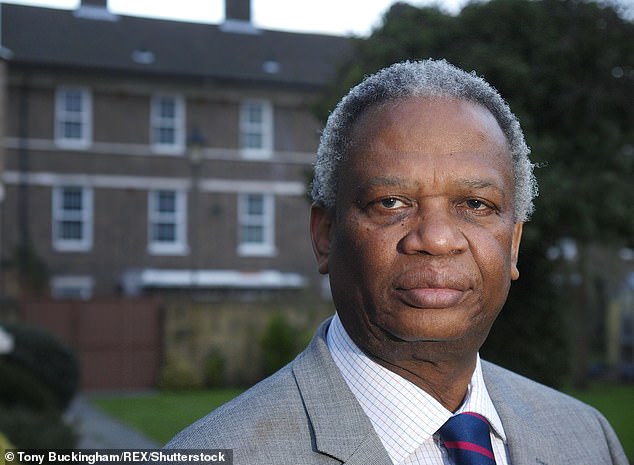 Richard, pictured in 2012, has been an avid anti-knife campaigner campaigner for years, and has continued to work to prevent youngster from turning to knife crime

The youngster was walking from after leaving a computer class at his local library when he was stabbed and was discovered bleeding to death in a stairway, having left a 30-metre trail of blood behind him.

Shortly before his murder he had written a school essay in which he revealed he hoped to save the world one day, his father has said.

Brothers Danny and Ricky Preddie, then aged 12 and 13, were convicted of Damilola’s manslaughter in 2006.

CCTV footage released at the time of the murder showed Damilola entering a lift with two unidentified friends, who were later revealed to be his childhood friend John Boyega then aged eight, and his sister, aged 10. 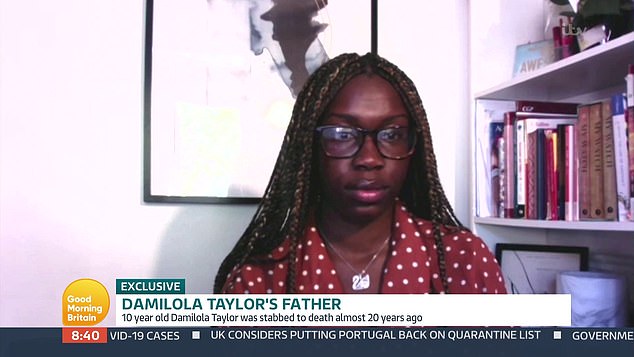 Aminat called the recent Black Lives Matter movement, a ‘way of life’ and hopes the charity will ‘bring people together’

Richard was joined by The Hope Collective ambassador Aminat Sule, who is training to be a barrister, who called the recent Black Lives Matter movement, a ‘way of life’ and hopes the charity will ‘bring people together’.

Speaking of the movement, she said: ‘It’s more than a slogan, it’s a way of life. Black people are being discriminated against. But where here to speak about The Hope Collective.

‘We hope to address inequality for young people across the whole of the UK, the idea of The Hope Collective is to bring people together.

She went on: ‘I think it’s really important young people are proactive and they believe their dreams and their goals are absolutely achievable.

‘It’s the time the older generations make way for young people and stop seeing them as the problem and see them as the solution, I think there’s time for a cultural shift’.