Skip to content
HomeLifestyleDAN HODGES: Why does the Left hate Priti Patel so much?

DAN HODGES: Why does the Left hate Priti Patel so much? Because she’s an Asian woman who dared make a success of herself – without asking their permission

Priti Patel doesn’t like to dwell on the racism she used to experience as a child. ‘She doesn’t talk about it much,’ a close friend told me. ‘But she used to get a lot of name-calling at school and when she was out with her parents. She has told me it was pretty horrible.’

That was back in the late 1970s and early 80s, and when she was appointed Home Secretary a few months ago, Patel was entitled to think such abuse was in the past. But as has just been dramatically demonstrated, if she did, she was wrong. Even before Sir Philip Rutnam’s explosive resignation, Patel was being lined up for a ritualistic, progressive punishment beating.

Priti Patel should go back to where she came from. Better yet, she should never have been allowed here in the first place. That was according to Will Straw, the former executive director of Britain Stronger in Europe.

‘At last, a compelling reason to support this policy,’ he tweeted, in response to an article headlined: ‘Home Secretary Priti Patel admits own parents may not have been allowed into UK under her new immigration laws.’ 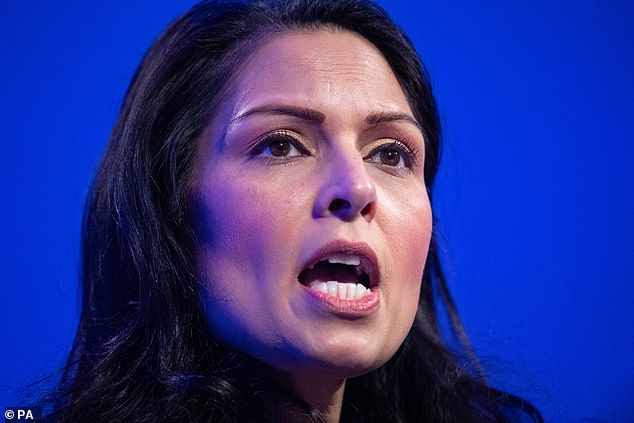 She is also an emotionally unhinged, self-obsessed thug. At least in the eyes of New European journalist Zoe Williams, who last week detailed ‘her tantrums, her alleged bullying and swearing, bouts of narcissistic rage in which everybody is stupid apart from her’. Interestingly, this vitriol echoes the criticism levelled by Sir Philip, who strenuously denies any form of negative briefing against his Minister.

Worst of all, Priti Patel is from a Ugandan-Indian family. Not just anyone with an Indian background, but one who actually has the temerity to serve as a Conservative Cabinet Minister. Which as far as the in-house magazine of liberal Britain, The Guardian, is concerned, is one of the worst crimes of all. ‘How did British Indians become so prominent in the Conservative Party?’ the paper wailed last week, before commissioning Neha Shah, an ‘activist and researcher at Oxford University’ to supply the answer.

‘The old colonial tactics of divide and rule,’ Shah concluded, while adding bafflingly: ‘The Home Secretary, Priti Patel, and the three other British Indians appointed to Johnson’s Cabinet will only embolden Tory racism.’

Let’s imagine for a second if a senior member of Vote Leave had tweeted about barring a senior black or Asian Labour politician from the country. Or a journalist from a Conservative- supporting paper had used such vicious language about a female Labour Cabinet Minister. Or a Conservative- supporting newspaper produced a headline: ‘How did Muslims become so prominent in the Labour Party?’

Actually, we don’t need to imagine. As the liberal Left were queuing up to stick their hand-stitched brogues into Britain’s first female Asian-heritage Home Secretary, her opposite number Diane Abbott was announcing her own retirement from front-line politics. Abbott is a divisive figure, but I’ve always liked and respected her.

When she was elected as the first black woman MP, she represented a challenge to the political elite that was years ahead of its time.

But she also made mistakes. And when she did – and her critics highlighted them – the response from the liberal Left was instantaneous and ferocious. ‘Abuse of Diane Abbott driven by racism and misogyny, says [Chuka] Umunna’ – The Guardian. ‘Diane Abbott may be flawed. But this is bullying’ – also The Guardian. ‘Diane Abbott accuses BBC Question Time of legitimising racism – Labour MP’s spokesperson claims she was mocked and interrupted more than other panellists’ – you guessed it, The Guardian.

To be honest, I believe many of these charges are accurate. Much of the abuse Abbott received was racist and misogynistic. But if we’re going to acknowledge that, we also have to be honest about the campaign now being waged against Priti Patel – by both her enemies and those who are supposed to be her allies. People who have worked with her say she has a ‘robust’ manner. But anyone who wants to drive through change in a major department of state can’t do so without having finely chiselled elbows. And if you follow the career of any senior woman MP, the allegation that she is a bully is never far behind.

It’s worth remembering Patel is not the first Home Secretary who has fallen foul of Sir Philip. His officious and obstructive manner brought him into conflict with Amber Rudd, who also mysteriously found herself the subject of negative briefing as the Windrush crisis unfolded.

RUTNAM abandoned her during Windrush,’ a Rudd ally says. ‘He p****d off Amber and he p****d off Priti. He’s got an equal opportunities attitude towards p*****g off his Ministers.’

Patel’s critics are also wrong on a key point. Her parents wouldn’t have been stopped from entering the UK under her new immigration proposals, because they were Indian Ugandans escaping the regime of a man who used to boast about eating the flesh of opponents. They weren’t coming to the UK as economic migrants, but fleeing for their lives. 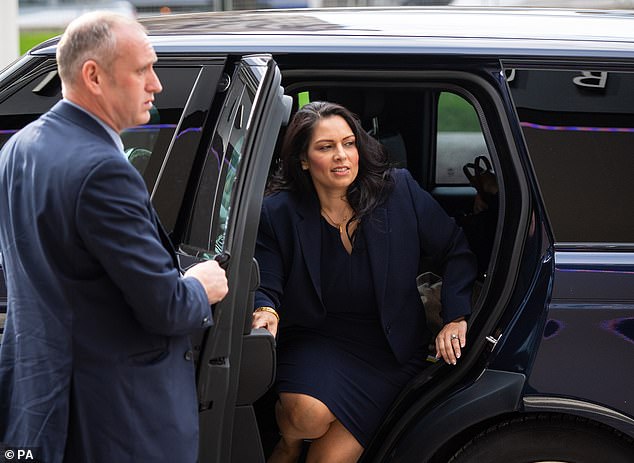 Yet strangely, Patel’s enemies don’t feel encumbered by these facts. Remember the woke brigade’s instruction to those of us that haven’t shared the ‘lived experience’ of Britain’s migrant communities that we must ‘check our privilege’ before passing comment. Well, don’t worry, because so long as it’s a black or Asian Conservative Cabinet Minister you’re attacking, you get a pass.

In fact, they don’t have to be a Cabinet Minister or an MP at all. As The Guardian demonstrates, you can dismiss hundreds of thousands of first and second generation migrants as John Bull’s patsies just for daring to support a party that isn’t Labour. And this is what actually lies at the heart of the attacks being launched against Priti Patel. Yes, much of it is underpinned by racism or sexism. But even more, it’s the product of liberal Britain’s seething resentment at anyone of colour who makes a success of themselves without asking permission first.

‘Only Labour can be trusted to unlock the talent of black, Asian and minority ethnic people,’ Jeremy Corbyn boasted before the Election. But Priti Patel didn’t want or need his help. And that’s something the modern missionaries of the liberal Left simply cannot forgive. Because if she can succeed without their patronising beneficence, so can anyone else.

‘I can’t see why you’re laughing,’ Andrew Marr famously taunted Patel, before he and the BBC were forced into a grovelling apology. I can. Priti Patel will continue to laugh defiantly in the faces of the racists and the sexists and the entitled liberals and the usurped Sir Humphries. Let’s hope she has the last laugh.