The postponement of Tokyo 2020 will cost the International Olympic Committee an additional £650million.

Bach said: ‘We anticipate that we will have to bear costs of up to $800m (£650m) for our part of the responsibility for the organisation of the Games.’ 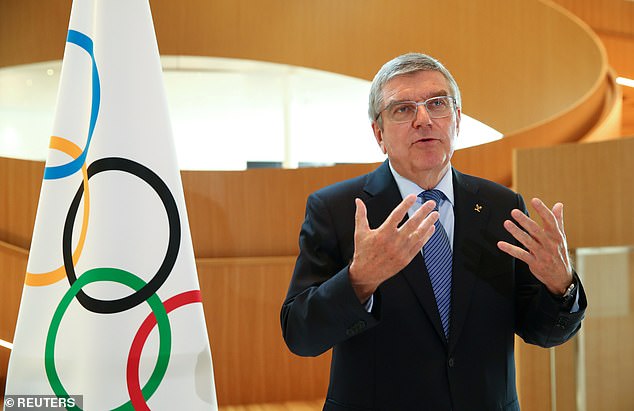 The total bill for the postponement of the Olympics will be even greater when the costs incurred by the Japanese government and Tokyo organisers are added.

Bach also admitted the IOC will have to scale back some aspects of the Olympics in 2021 to cut costs.

He said: ‘This situation requires compromises and sacrifices. We are leaving no stone unturned to reduce the cost while maintaining the spirit of the Games and quality of the sports competition.

‘We want this Olympics to be a frugal Games, concentrating on the essentials.’ 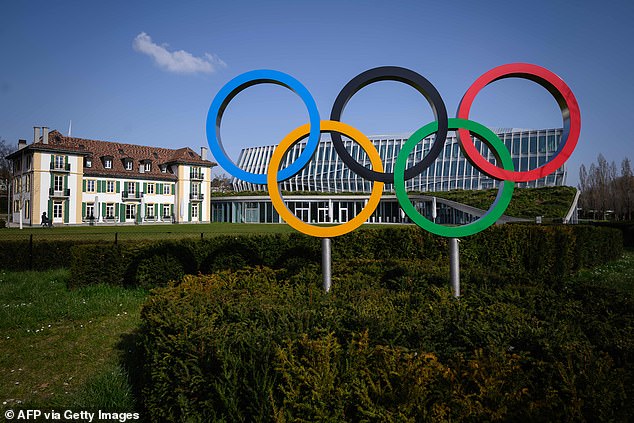 Last month, Tokyo 2020 president Yoshiro Mori said the Olympics would have to be scrapped if coronavirus was still spreading next year.

But while Bach refused to confirm if that was the case, he said: ‘We have a taskforce to ensure the organisation of the Games in a safe environment. The advice of the World Health Organisation plays an important role.

‘All this would greatly depend on the developments in the months to come. The taskforce is collecting all the available advice from all the experts.

‘We are one year and two months away from the Games so it is way too early to draw any conclusions. We should not fuel any speculation on any future development.’ 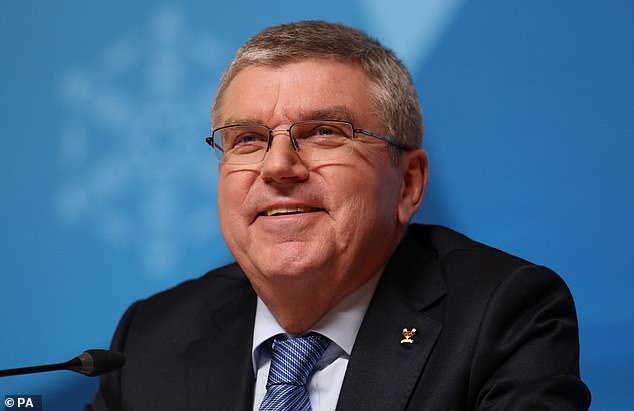