Skip to content
HomeLifestyle‘Died of neglect’: Family anger over aged care death, not by COVID

The daughter of a St Basil’s Home for the Aged resident who died in hospital without having acquired coronavirus says “sheer neglect” by the federal government’s emergency nursing contractor Aspen Medical was key to her death.

Further angering Filia Xynidakis’ family was that the hospital where she died last month, Bellbird Private, initially recorded her death as a consequence of coronavirus. Her death certificate was later altered to reflect the reality: that she died of a dementia-related illness. 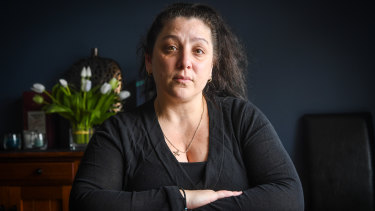 Klery Loutas, whose mother Filia Xynidakis was a resident at St Basil’s, and who died – but not of coronavirus.Credit:Justin McManus

She said her mother had lived happily at St Basil’s for more than two years and received good care until the coronavirus swept through the Fawkner home in July, killing 44 of the home's 120 residents. 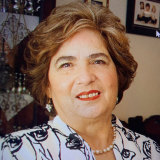 She said both the state Department of Health and Human Services and the federal Health Department, ultimately responsible for aged care, failed to protect her vulnerable mother. Ms Xynidakis' death is now being investigated as part of a coronial inquest into St Basil’s.

Ms Xynidakis emigrated from Greece in 1971 and worked as a teacher in Melbourne’s northern suburbs for almost four decades. Formally diagnosed with dementia in 2017, she moved the following year to St Basil’s, where most residents were Greek.

On July 21, after coronavirus cases at the home soared from two to 51 in a week, Chief Health Officer Brett Sutton ordered the entire workforce out, forcing them to quarantine, and Aspen and other firms were sent in by the Morrison government.

Desperate to see her mother, who needed constant attention, Ms Loutas was allowed into St Basil’s on July 24 and was told her mum was going to die. "They told me mum was palliative – not from COVID though. She was dehydrated, malnourished and not medicated properly.”

Ms Xynidakis, 77, could not feed herself or go to the toilet by herself. “You need to do everything for her,” Ms Loutas said, and it was not clear if she was being attended to by Aspen Medical staff, or other workers who started at the home after DHHS ordered out the permanent workforce.

A spokesman for Aspen Medical, which has won $1.2 billion of work from Canberra since March and is a Health Department “provider of last resort” nursing services, said it was o only one of a number of companies working at St Basil’s.

And responsibility for care of St Basil’s residents “remained at all times with St Basil’s management”, he said.

There were multiple care providers brought in after permanent staff at the home were stood down by DHHS, meaning it was wrong to blame Aspen solely. “Aspen Medical was one of nine providers of clinical care at St Basil’s. Our team accounted for approximately one in four of the staff at the facility.”

After Ms Loutas said she “went in there and screamed”, it was agreed her mum would be moved from St Basil's to a hospital. She was taken to Bellbird Private, a small hospital in Blackburn that had been turned into a COVID-positive site.

Ms Loutas said she received excellent care for the 19 days at the hospital before she died, but placing her in a COVID-19 site had drastically reduced her husband of 49 years’ ability to visit his wife.

“We couldn’t say our goodbyes, only dad – on two occasions, once for five minutes, and then for 10 minutes once she had passed.”

Ms Loutas said she was shocked when her mum’s death certificate recorded her as having had coronavirus. “Mum had never tested positive for COVID.”

A spokesman for Bellbird Private said the hospital had “sincerely apologised to one resident’s family for an administrative error which incorrectly cited coronavirus as the cause of death on the death certificate”, he said. “A corrected certificate was supplied to the family within 24 hours.”

Get our Coronavirus Update newsletter for the day’s crucial developments at a glance, the numbers you need to know and what our readers are saying. Sign up to The Sydney Morning Herald’s newsletter here and The Age’s here.