SUNSPORT readers have given their backing to Eric Dier after the Tottenham star confronted a fan who abused his brother in Wednesday night's FA Cup defeat.

We asked you what you made of the Spurs star, 26, storming into the stands to support his family and you responded in your thousands. 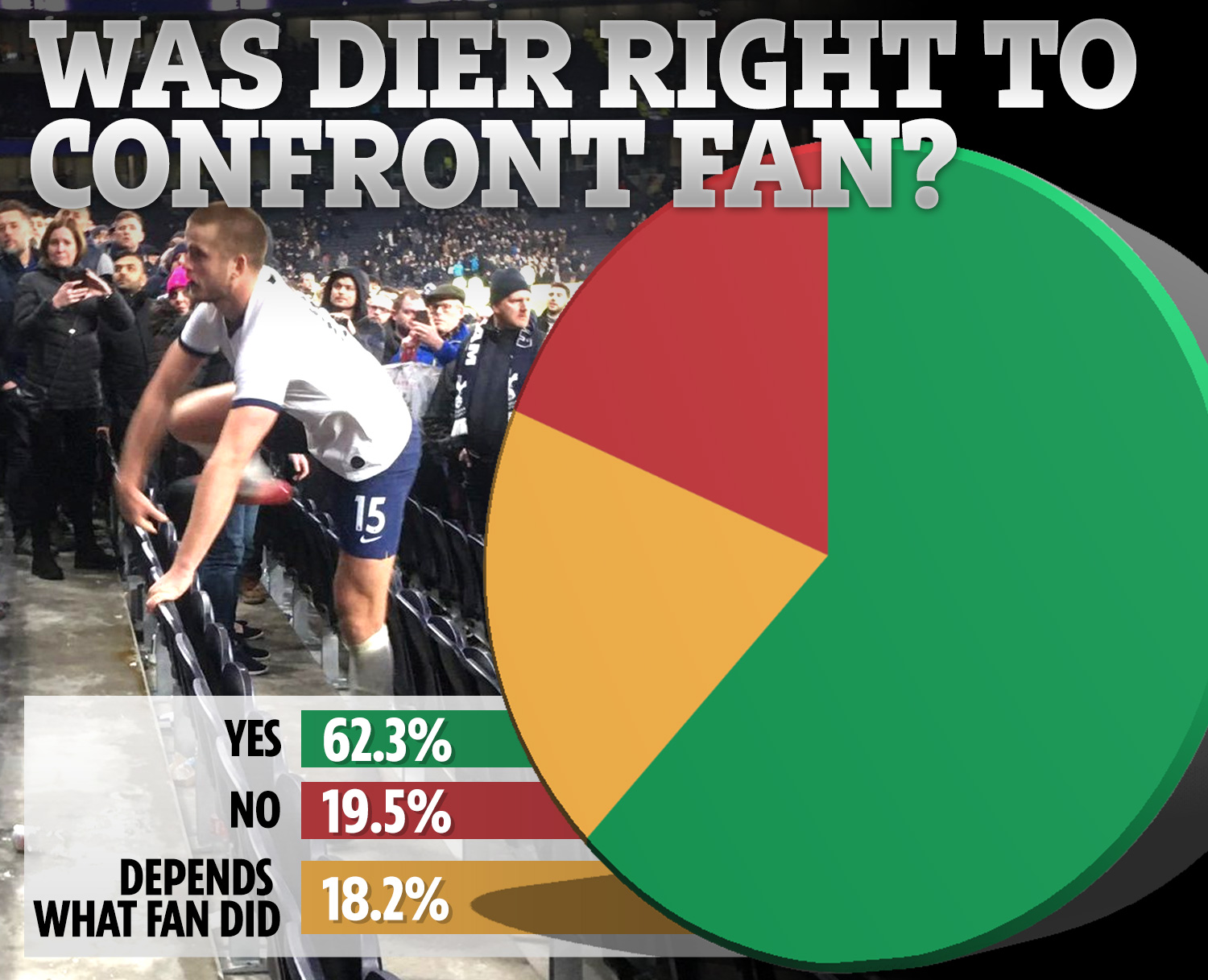 Of the more than 5,000 readers who cast a vote, a whopping 62.3 per cent believe Dier did the right thing.

Just 19.5 per cent of fans believe he was in the wrong, with a further 18.2 per cent saying it depends on what the fan did.

Dier leapt over seats as he raced to the top of the stand to confront a fan after Tottenham were knocked out of the FA Cup by Norwich on penalties.

Initial reports claimed the player – who scored his penalty in the shootout – had been defending team-mate Gedson Fernandes over claims he'd been racially abused.

But we can reveal the real reason behind the 40-cap England star seeing red – because he was heroically defending his younger brother, Patrick.

A source revealed one fan had been shouting abuse in the direction of Dier, despite him being one of very few Spurs stars to have a decent game in North London.