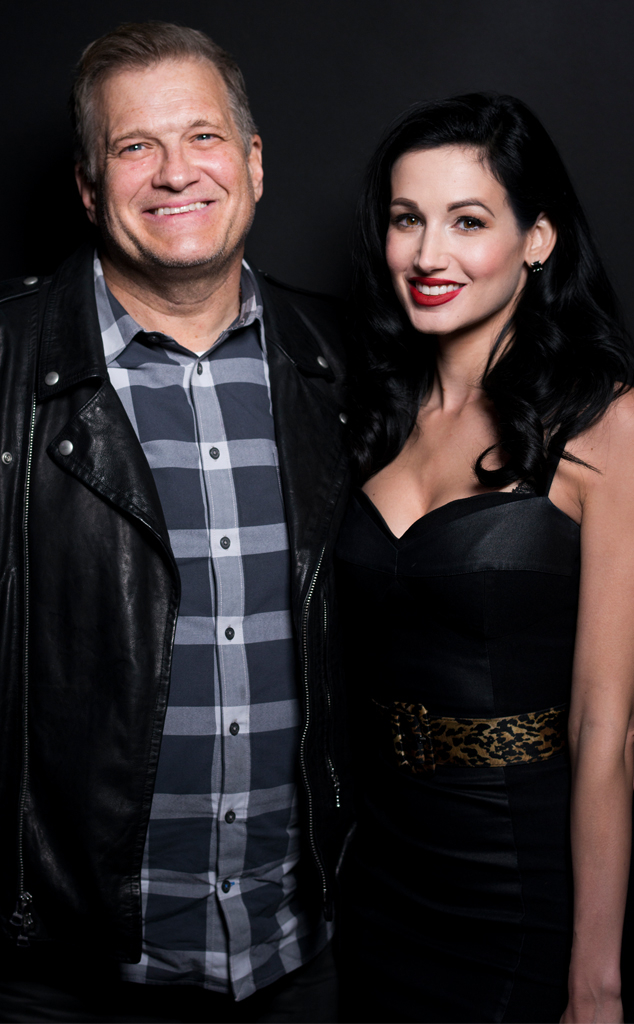 Drew Carey‘s former fiancée Amie Harwick was laid to rest at a private memorial in her home state of Pennsylvania on Thursday.

The Price Is Right host, who was engaged to the family and sex therapist for several months until 2018, was photographed outside the funeral home in Lansdale, wearing a black coat over matching pants.

Police had found Harwick, 38, unconscious on the ground beneath her Hollywood Hills home’s third-story balcony on February 15 and she later died of her injuries in a hospital. Police are treating the case as a homicide and one of her former boyfriends was arrested for alleged connection with her death. He was charged with murder and burglary.

Carey, 61 had broken down in tears while paying tribute to Harwick on his Sirius XM radio show last week.

“She was beautiful and fun, and cared deeply about people and improving their lives, and was just a joy to be around. I was so in love with her,” he said. “I just want to say, I’m so broken up. Even after we broke up, we still loved each other very much. Even though we broke up the engagement, I was still so in love with her. And she loved me back.”

Harwick is survived by her parents, her brother, his wife and their two children, as well as an aunt, several cousins and her pet Marquis de Chat.