Skip to content
HomeLifestyleDumpster diving, foraging and composting: A day in the life of a freegan 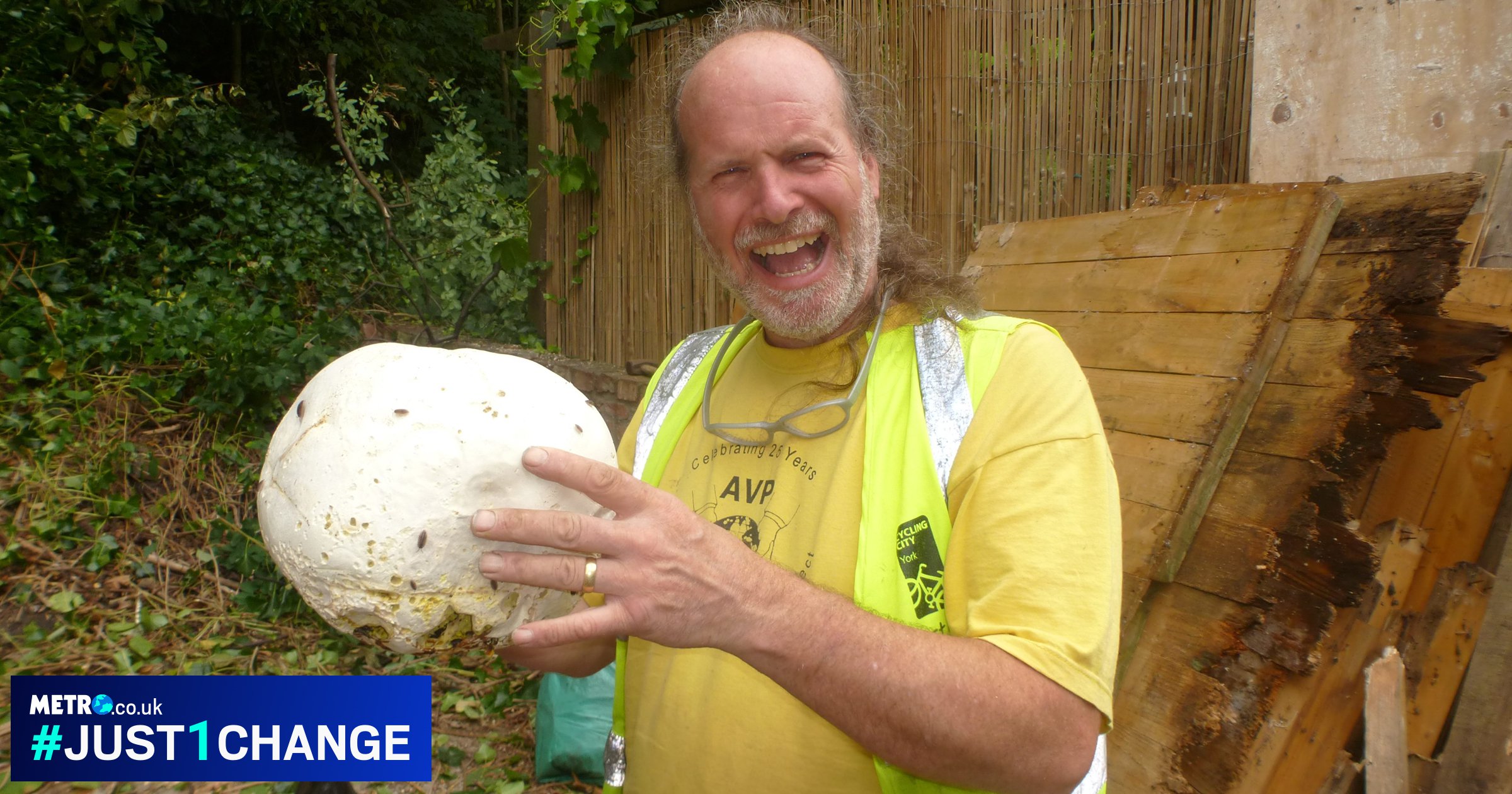 As someone who lives a freegan lifestyle – choosing to sustain myself off other people’s waste – Thursday is a particularly busy day for me.

It’s usually the day I’ll do a massive collection from various food banks in the area. I’ll get all the stuff they can’t give out, perhaps from being a day out of date, and put it in my bike trailer.

What I collect isn’t always meant for me to eat, though. I give some to friends, and for products that are inedible, I’ll put the contents into one of my compost systems to start the process of breaking it back down into rich soil.

From there, it ends up in my garden. I love growing perennial food plants; I have apple, pear and plum trees and I grow walnuts, hazelnuts, asparagus, and perpetual spinach. My family and I eat well and have plenty of extra compost to help others do the same.

I suppose the idea of living off of the earth has been with me since I was a child: I picked blackberries with my parents and gardened with them as they grew food.

Then, in 1984, when I was 18 and at university for the first time, things picked up when I spotted this big clump of mushrooms growing at the base of a tree.

I picked a specimen or two, did some research and decided that they could only be honey fungus – a very delicious, edible mushroom – so I chose to eat one and see if I felt ill the next day.

Thankfully, I didn’t: it was very tasty and slightly sweet. I decided to pick more and shared them with my friends as a treat that would’ve gone ignored and unused otherwise.

By the next year, I’d dropped out of my course, at least partly due to an epiphany on life that made me feel more connected to nature; I realised that I wanted to live in tune with the planet rather than conquering it.

One of the first big changes was stopping eating meat. I didn’t want to treat animals in a way that’s unfair – they’re sentient beings, like us. I’d always been interested in the environment, but now I felt like I was part of nature rather than an outsider, studying it. I kept reading and learning about earth matters and sustainability.

I started living in a little flat with an open fireplace. I’d visit builder’s skips and take bits of waste wood to burn to keep warm. But I’d also find other things in the skips – like furniture and clothes.

Soon, I realised that the skips behind supermarkets had food in them, and that suited my low income. The financial benefits of the freegan lifestyle were obvious, but by the late Eighties, I was becoming aware of climate change, and how waste was contributing to it.

I’m 55 now, and I’ve lived a life centred on taking care of the Earth ever since, winning the Oxfam Carbon Footprint competition in 2008.

My definition of freeganism might be a bit wider than other people’s because it includes all sorts of different foraging, not just getting things out of bins and skips.

I forage in hedgerows, woodlands and fields, not only for food, but sometimes for other useful things. I often find logs abandoned by tree surgeons, and sometimes I take a few to dry out so they can burn cleanly on my smoke-free woodstove, which heats my home and provides hot water for me and my family.

Some days, when I’m cycling around, I’ll sadly see some roadkill. Many a time I’ve thrown it into my bike trailer, brought it home and given it a decent send-off in one of my compost systems.

Roadside skips are good for urban foraging. House renovations result in copper wire, light switches and plug sockets. These go to a metal merchant, and I’ll get some money for them.

As well as this, I take part in some organised foraging with a group called Abundance. We’ll do a call out for people who have more fruit than they need in their garden, for example, and when we get a positive response, we arrange to go and pick the apples and pears and give them out to food banks and homeless centres, or anyone that wants free local fruit.

Last year we rescued about 1.2tonnes worth – apples that would have just rotted on the ground while people in the area were going into a supermarket and buying imported apples in plastic packaging. To me, that’s dreadfully wasteful. Foraging and freeganism is a way of living off of other people’s waste and from what nature gives us.

It feels like the obvious thing to do, and it fits in with my whole philosophy in life, which is to respect the planet and live within its ecological bounds. Generally we don’t; our world is based on fossil fuels and capitalism (which is inherently wasteful and unfair). I made a decision to try not to play a part in that.

In the 1990s, I did a degree in Environmental Health, and I’m a qualified environmental health officer. However, that work didn’t fit in with my ethics – so, I’m also a self-employed children’s entertainer.

As Professor Fiddlesticks, I demonstrate circus skills such as riding a unicycle and juggling and teach children how to make balloon animals. I only go to gigs that I can get to by public transport or bike. Many entertainers would have a motor vehicle – but I have my bike trailer to carry my unicycle and the juggling equipment.

In the balloon modelling workshop, I’ll say: ‘There’s a free balloon for whoever tells me how you recycle burst balloons’ – so I’m even doing educational stuff in the show.

The answer, if you were wondering: you can compost it. They’re biodegradable! Any natural rubber products that are natural latex can be composted – rubber bands, marigold gloves, latex balloons, condoms, even hot water bottles. I’ll bring any burst balloons home from a party and throw it onto one of my compost heaps.

In only two years, the rubber will turn back into soil that you can put in the garden and help grow something new.

There are so many myths about urban foraging – a common one being that stuff that’s gone in the bin is unhealthy. I say you should make up your own mind and use common sense.

Supermarkets throw away dry food, herbs and spices, tinned food and pasta that’s just gone out of date every day – they can’t legally sell it, but it’s OK to eat. If it’s dried, preserved, salted, pickled, or in a tin, it’ll last ages. I believe you can eat food that’s past its sell-by date as long as you’re sensible.

Though, if something doesn’t smell right, or it’s starting to ferment, it’s composting, so don’t eat it. Throw it in the compost!

I’ve not poisoned myself yet, and look how long I’ve done it for! I’m not special, I’m not Mr Indestructible – I’m just an average human being who doesn’t want to see things going to waste.

It’s possible to get a lot of the things you need without buying it new – from charity shops, for example. I was visiting a friend across the country (by train) and I left my dressing gown behind. I posted that I needed one in a local Facebook group, Zero Waste York, and before long I was offered one, unused in the back of someone’s wardrobe. It does the job – and that’s better than buying one.

I started living by these principles so long ago that I can’t remember if anyone around reacted negatively in any way, but nowadays there’s definitely more positivity about low carbon living. But if someone were to criticise, I wouldn’t really care what anyone thinks.

I’m saving money, helping the environment and living a perfectly fulfilled, happy life. Who can argue with that?