Skip to content
HomeLifestyleDWTS’ Kenya Moore Thought She Broke Her Ribs: 'I'm in a Lot of Pain'

No pain, no gain. Kenya Moore revealed to Us Weekly that she performed on Dancing With the Stars despite an injury.

“I wasn’t feeling good. Last night, I danced through an injury today to my ribs, [my] knee is bad,” Moore, 50, told Us and other reporters on Tuesday, October 13. “Like, I have so many things that are going on, but even dancing through the pain, — not just physical pain, but emotional pain — It’s been difficult.”

It was a dramatic week for Moore and partner Brandon Armstrong. On Tuesday’s DWTS, they landed in the bottom two alongside Matt James and Lindsay Arnold. Though Bruno Tonioli and Carrie Ann Inaba voted to save the former Bachelor, Derek Hough and Len Goodman decided to give the Real Housewives of Atlanta star another chance. 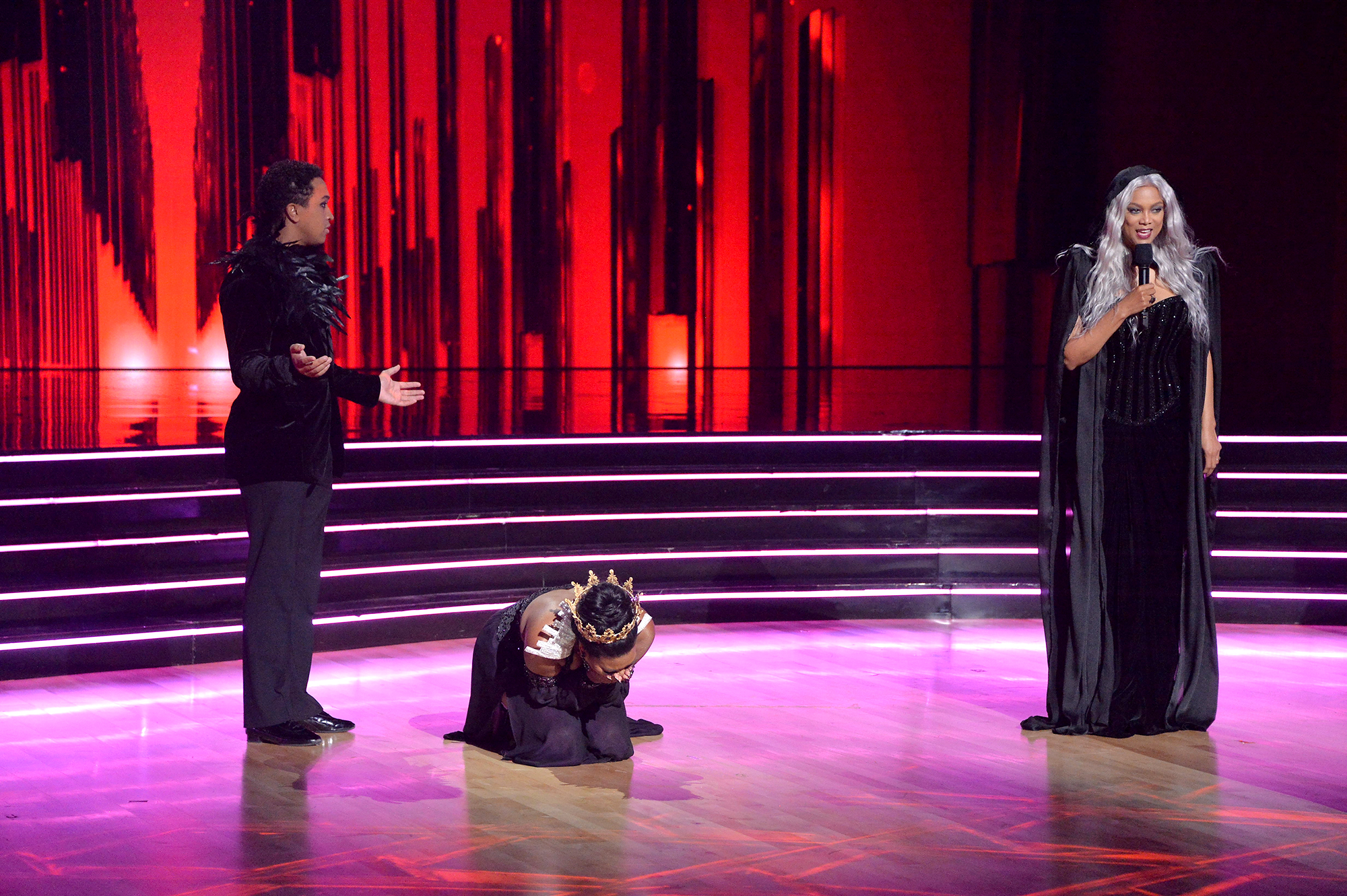 “They say they saw value in us being in the competition. So we appreciate that,” Moore told Us.

The save came on Tuesday’s Disney Villains night after the reality star paid homage to Snow White and the Seven Dwarfs with their Viennese Waltz to Ariana Grande‘s “Dangerous Woman.” However, it was Monday’s Disney Heroes night that left her in “excruciating pain.” She and Armstrong, 27, performed a contemporary dance to “How Far I’ll Go” from Moana, and the final lift didn’t go as planned.

Celebrities Forced to Quit ‘Dancing With the Stars’

“When I jumped on him, I think I just landed wrong. I landed on my two bottom ribs, and I thought I broke them,” the Celebrity Apprentice alum explained. “In fact, in the air, I was sure I broke my ribs. I just went [gasp] and I couldn’t breathe.” 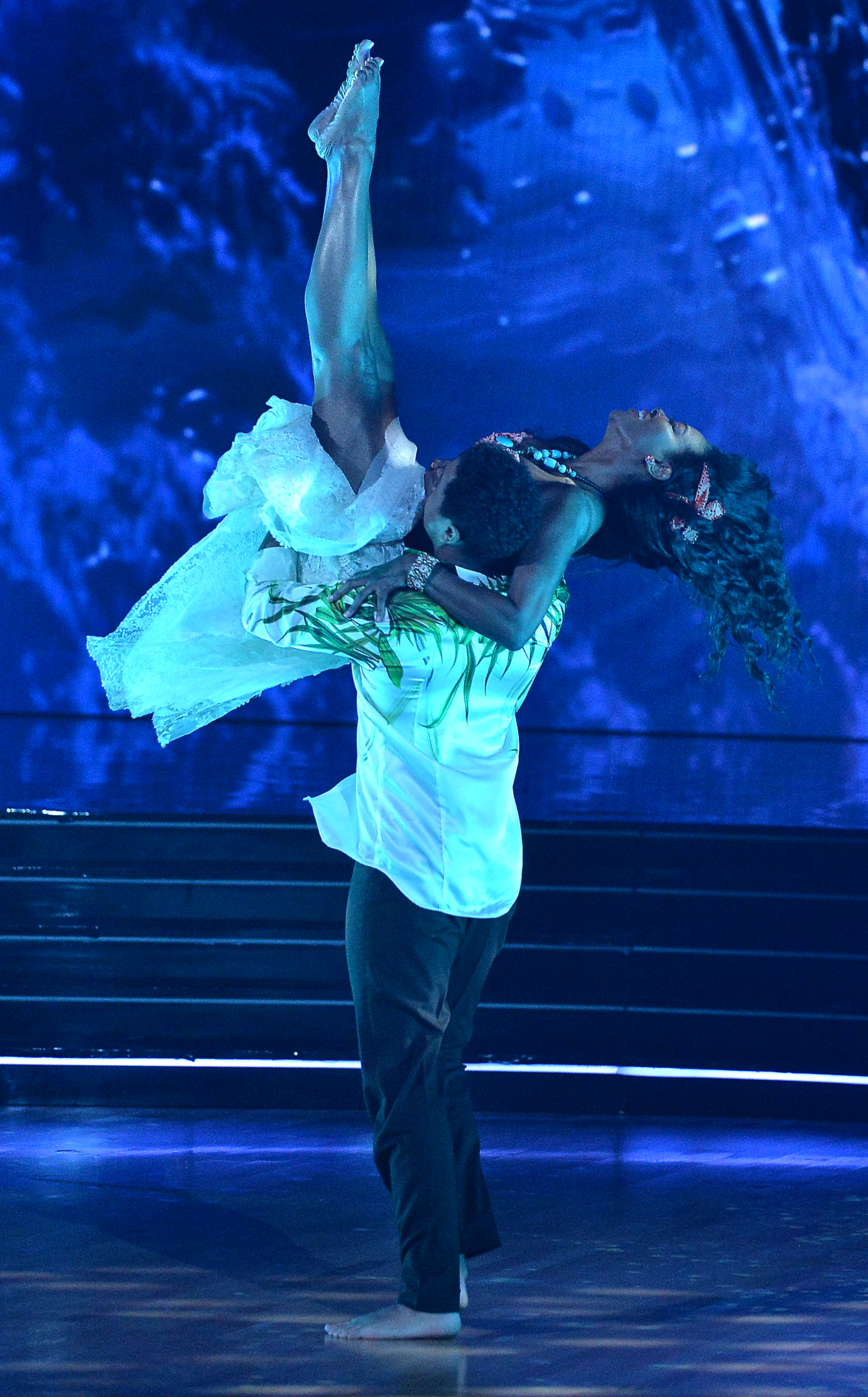 Though there was initially “excruciating pain,” Moore thought she could grin and bear it at first. “Later, I was like, ‘Brandon, I got to go to urgent care and get an x-ray. I think I broke my ribs.’ So, the doctor came today, and I’m OK. He said it’s just going to take some time. And yeah, the show is very helpful [with] just making sure that I was OK. But I’m in a lot of pain.”

The recovering star added that she felt sorry for Armstrong, who has been feeling guilty about the injury.

Biggest ‘Dancing With the Stars’ Controversies Through the Years

Still, the Detroit native was happy that she put on her game face and got the job done.

“When you dance with the pain, you know, we dance through it,” she told Us. “And that’s what I think champions are made of too — just having that focus and making sure that nothing gets in your way.”

Dancing With the Stars airs Mondays at 8 p.m. ET on ABC.