Emma Raducanu has underlined her unorthodox career approach with what many in tennis will find a startling admission: she would not mind going into the French Open or Wimbledon without a coach.

The US Open champion sprang another surprise this week when she split with German Torben Beltz, ahead of her first round in the Madrid Open.

It is the latest step along the road which leads to Roland Garros and SW19, where the pressure will be greatest. However, she seems content about the prospect of facing that without a specific mentor in her corner, if necessary. 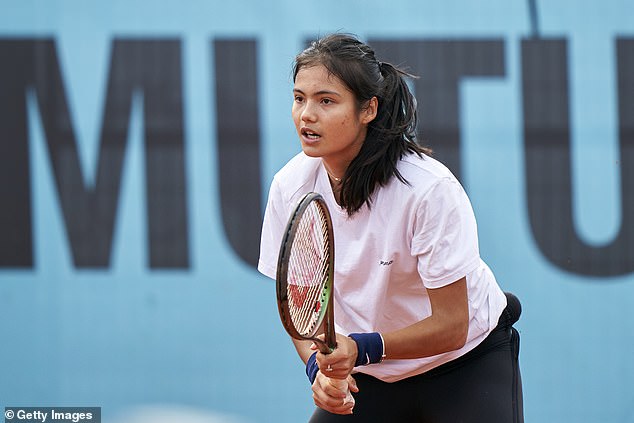 Asked if she would be worried about heading into the forthcoming Grand Slams without a coach she responded: ‘To be honest, no, I am very comfortable with how I am training right now.

‘I feel like I don’t really need a conventional, this title, ‘Emma Raducanu’s coach’. I feel like growing up, I have always been very responsive to the situation and it has not always been straightforward. I am not necessarily stressing or panicking to find a new coach.

‘From a young age, I haven’t necessarily always had a coach and when I was training alone growing up, I had to learn to be my own coach. I feel something that I am pretty good at is actually understanding the game, studying it. 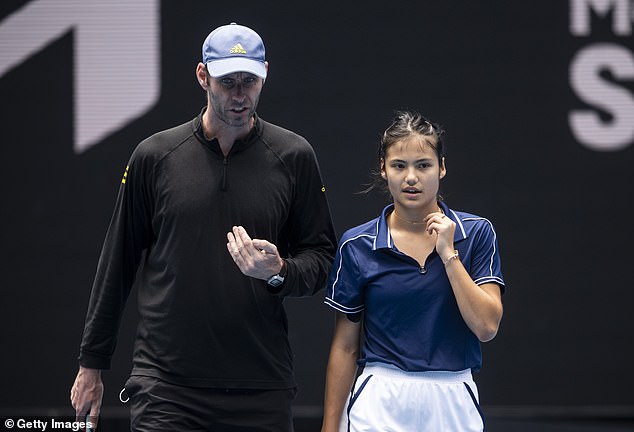 She reaffirmed that she would always seek wisdom from outside sources. Aside from Beltz, in recent weeks these have included Italian Riccardo Piatti, who may appear again. There has also been work with GB Davis Cupper James Ward, and the Lawn Tennis Association’s veteran doubles guru Louis Cayer.

‘I feel like with me, I always love learning and I love to hear new ideas and whether I use all of them or not, that’s my own call at the end of the day, but I love to get a taste for all the different ideas that are out there and different models.’

Raducanu also explained that she talks to others about who she should be picking to work with her, and there was a reminder of the environment she has come from in the past twelve months. 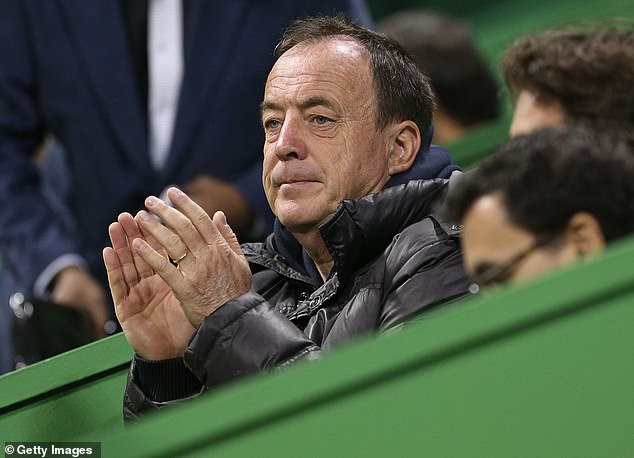 ‘At the end of the day I make the decision, but as a 19 year-old I’m always going to ask my parents – just like my schoolfriends might ask their parents which Uni they should go to, it’s the same thing really.’

There was also, however, a discernible awareness that her high turnover of coaches is raising eyebrows within the tennis parish. She pointed out that, for instance, she had a three-year association with Nigel Sears, first as consultant and then as coach.

‘Sometimes it’s something from their end and they can’t continue, not just me like: “Ok I’ve had enough now”.’

Underlying the philosophy is the principle that in tennis you have to be resourceful and battle it out on your own. She referred to her match last week against world number one Iga Swiatek in elaborating on why having the right male sparring partner (the usual practice among the top women) is important at this stage of development. 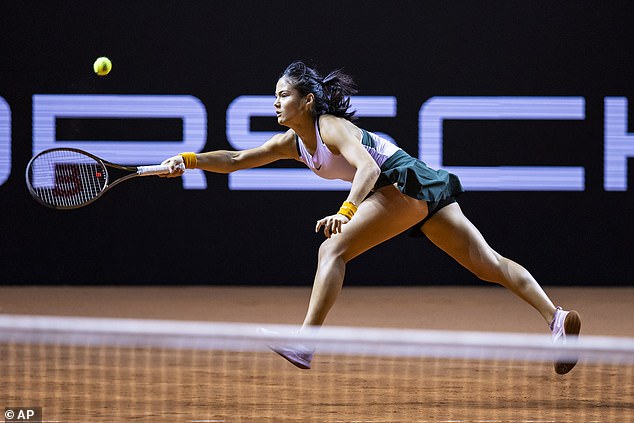 ‘The first two or three games against Iga I felt like the ball was coming so fast I didn’t know what to do. It took me a while to adapt but once I did I had break points in the second set and actually got into the match.

‘Obviously if the guy is spinning his forehand like Rafa (Nadal) it’s not helpful but if you find the right guy who can hit the ball hard the good thing is that they always have that extra gear. You feel like they are getting on top of the point you have to work harder to win it and they just find something extra, but you know you have played a good point to make them do that.’

Long-term results will bear out whether her ideas are correct. Her opening match in Madrid – from where Swiatek has withdrawn through injury – is on Friday against Tereza Martincova of the Czech Republic.