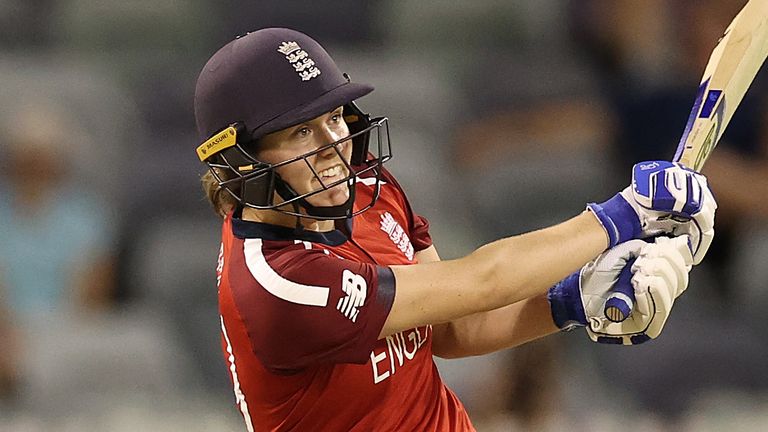 England all-rounder Nat Sciver is batting as well as she ever has during the Women’s T20 World Cup, according to former captain Charlotte Edwards.

Sciver was moved up to No 3 ahead of the tournament and has excelled, scoring her third half-century in four innings as England booked their place in the semi-finals with a comfortable win over West Indies.

Heather Knight’s side made 143-5, underpinned by Sciver’s 57 from 56 balls, before skittling the Windies for 97 in just 17.1 overs and Edwards believes the performance was hugely encouraging ahead of their last-four clash, likely to be against India, on Thursday.

“[England] were brilliant tonight,” she told Sky Sports. “They haven’t been successful against West Indies in World Cups but to put in that performance tonight, on not a great pitch, I think they’ll be really, really pleased. 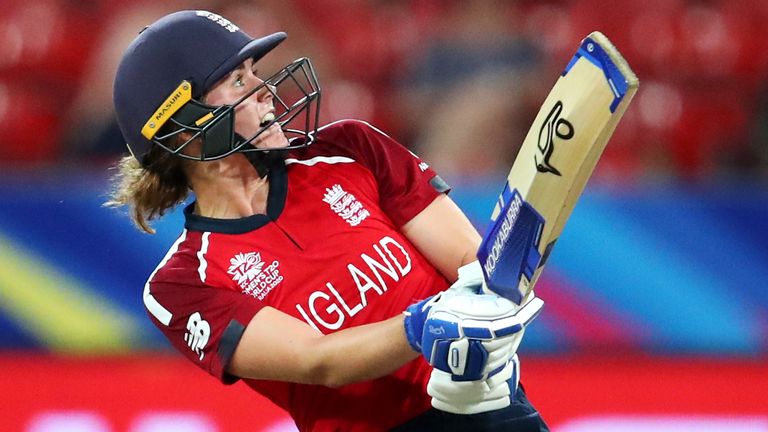 “Nat Sciver is playing the best I’ve ever seen her play, just so commanding at the wicket. She keeps putting in performance after performance and I guess she’ll need two more big performances if we’re to win the World Cup! But, without doubt, she’s been our player of the tournament.”

Sciver had strong competition for the player of the match award, with left-arm spinner Sophie Ecclestone continuing her own excellent form in the tournament, taking 3-7 in her 3.1 overs.

Edwards was keen to praise another of the spinners though. Mady Villiers came in for her T20 World Cup debut and made it look incredibly simple as she began with a wicket-maiden, eventually finishing with figures of 1-30.

“I really like Mady Villiers, I’ve been one of those thinking that she should be in this team,” Edwards said. “I think she just gives us great variety with the ball, she’s great in the field and I also think she can hit some lower-order runs. Hopefully they’ll keep her in the team but the signs are looking really good going into the semis.” 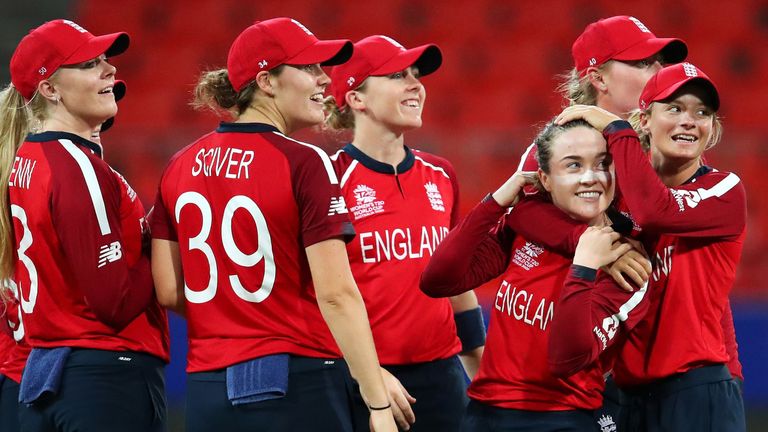 The other notable change for England was a switch in the batting order with Tammy Beaumont returned to her more familiar opening spot and Amy Jones dropping down to No 6.

The move did not pay off for Beaumont, who fell for a second-ball duck, but Jones made a handy 23no from 13 balls late on and Edwards thinks England should persevere with that order for the knockout stages.

“Jones just showed that when you’re put in a new position, it can just give you a new lease of life and it certainly did that for her,” she added.