Some of Britain’s most historic sites, including the location of the Battle of Hastings, are being targeted by illegal metal detectorists.

This so-called ‘nighthawking’ is becoming an increasing problem for conservationists trying to preserve some of the country’s most precious sites.

English Heritage is now calling for members of the public to report suspicious activity to the police to catch criminals ‘robbing us of our past’. 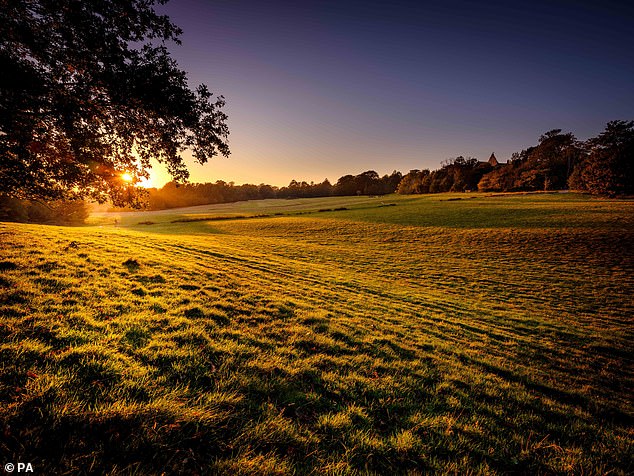 Some of Britain’s most historic sites, including the location of the Battle of Hastings (pictured), are being targeted by illegal metal detectorists 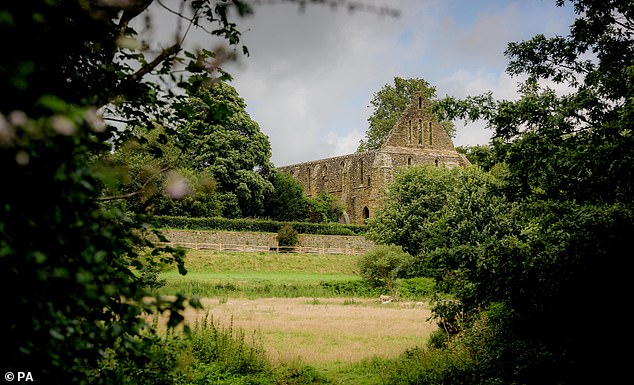 Pictured, Battle Abbey, one of several sites targeted by illegal metal detectors, also known as nighthawks, as English Heritage has called for the public to be vigilant after an increase in incidents

The battlefield used in the Battle of Hastings in 1066 is among the locations, including medieval castles and Roman forts, which have been targeted by illegal detecting.

The conservation charity said that December was the worst month for reported incidents in more than four years.

It also claims the number of metal detecting activity on historical sites has doubled in 2019 compared to 2017.

Chief executive Kate Mavor said the charity was already working with police but needed the public’s help to report any suspicious activity.

‘Illegal metal detecting robs us of our past,’ she said.

‘Once items are spirited away they can never be replaced, and the evidence of those who went before us is lost forever.

‘We are working closely with Historic England and local police services to combat this form of heritage crime.

‘We are now asking the wider community to act as our ‘eyes and ears’ and to report any suspicious activity on or near English Heritage sites to the police.’

‘We may never see or fully understand the objects taken or damaged because they have been removed from their original sites with no care or record as to their history or context.’

The site of the Battle of Hastings in East Sussex and Goodrich Castle in Herefordshire were amongst the sites that have been targeted by ‘nighthawks’.

Old Sarum in Wiltshire, the site of Salisbury’s original cathedral, has also been attacked multiple times, and Wiltshire Constabulary have appealed for witnesses.

Most of the more-than-400 sites in the care of English Heritage are unstaffed and free to enter. The charity is reviewing its security arrangements.

Metal detecting has been a hobby for many since detectors first became available on the mass market in the 1970s.

English Heritage said that in 2019 there were 12 recorded incidents of illegal metal detecting at its sites, with four sites alone targeted in December.

It said that ‘the sheer scale of the attacks, with up to 75 holes found to have been dug at each site’ was of particular concern.

HOW DO METAL DETECTORS WORK?

The invention of the metal detector cannot be truly claimed by one person.

It is a combination and amalgamation of several different pieces of technology.

Alexander Graham Bell did fashion a device that was an electromagnetic, metal locating machine.

This was based on a device invented by physicist Heinrich Wilhelm Dove.

Sometime later, an engineer Gerhard Fischer, filed a patent regarding a design.

A metal detector consists of a stabiliser, control box, shaft, and search coil.

It is the two coils that are actually responsible for the detection of metal.

This works to detect and amplify frequencies. This type of technology is known as Very Low Frequency or VLF technology.

When electricity is provided to this transmitter coil, there is a magnetic field created around the coil.

This is the same science behind electromagnets.

When the machine wafts over metal the electrons in the metal – due to its metallic bonding and sea of electrons surrounding a fixed positively charged mass –  are affected by the magnetic field.

The change in the electrons triggers a tiny electrical field in the metal object which alters the frequency of the metal detector.

This indicates  metal is present.

More advanced metal detectors are also able of differentiating between different types of metal ad the frequency change is different and therefore the pitch of the note is altered.