Skip to content
HomeLifestyleFinding contentment is the secret to lockdown

Almost everyone agrees that lockdown in Melbourne is much harder second time around and that COVID fatigue is taking a toll. Christian faith should – theoretically – help in the form of consolation, acceptance, optimism and renewed motivation to love our neighbours.

Even if not, one biblical teaching could benefit everyone: the secret of contentment, a state that rises above personal circumstances. 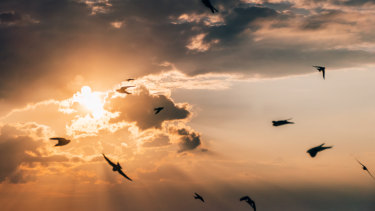 Part of the Christian understanding shares a widespread philosophical-religious perspective and part is uniquely Christian.

The shared part was aptly summarised by Rudyard Kipling, who wrote of meeting “Triumph and Disaster, and treat[ing] those two impostors just the same”. In the New Testament, the Apostle Paul tells the Philippian Christians that he has learned to be content in all circumstances, humble or prosperous, hungry or satisfied. His secret is reliance on God.

In the first letter to Timothy, the author says: “Godliness with contentment is great gain. For we brought nothing into the world, and we can take nothing out of it. But if we have food and clothing, we will be content with that. People who want to get rich fall into temptation and into many foolish and harmful desires … for the love of money is a root of all kinds of evil.” Instead, pursue righteousness, godliness, faith, love, endurance and gentleness.

Some 1000 years earlier, in the Old Testament book of Proverbs, ascribed to King Solomon, he prayed God “give me neither poverty nor riches, but give me only my daily bread”. If he had too much he might disown God (precisely what happened); if he had too little he might steal and dishonour God. This quest for simplicity as a key to contentment is common to many philosophies.

Paul’s uniquely Christian insight, in total contradiction of the Roman Empire's values, was in the paradoxical claim that God reveals his power in human weakness. He told the Corinthians: “Therefore I am well content with weaknesses, with insults, with distresses, with persecutions, with difficulties, for Christ’s sake; for when I am weak, then I am strong.”

The Christian worldview is stuffed with paradox: believers are to conquer by yielding; we find rest under a yoke; we reign by serving; we are exalted when we are humble; we become wise by being fools for Christ’s sake; we are made free by becoming servants; we live by dying to self. To glory in weakness may still seem counter-intuitive 2000 years later, but it is intensely liberating.

In lockdown, achieving contentment, as always, is easier said than done but far from impossible. Focus not on what we are lacking but on what we have. Compare ourselves not with those who have more but those who have less. And enjoy the small pleasures every day brings.

Barney Zwartz is a Senior Fellow of the Centre for Public Christianity.

Billy Joe Saunders vs Murray: When is fight and how can I watch on TV or live stream?

Animal bites and seriously injures worker at Big Cat Rescue in Tampa
This website uses cookies to improve your user experience and to provide you with advertisements that are relevant to your interests. By continuing to browse the site you are agreeing to our use of cookies.Ok