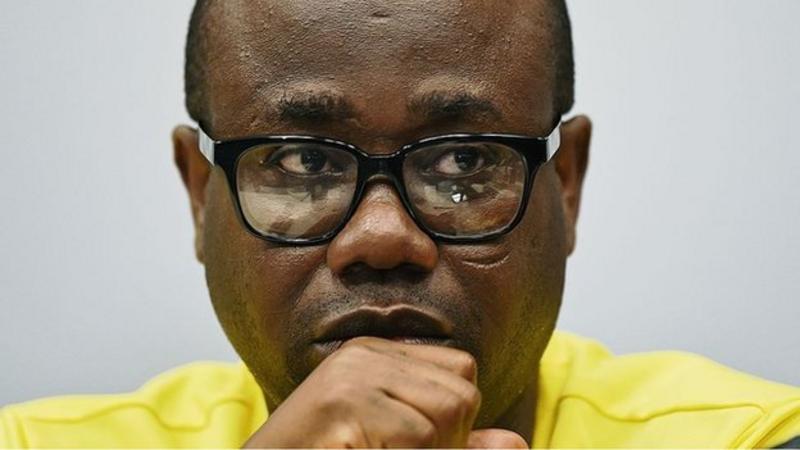 Ghana’s former football chief Kwesi Nyantakyi has officially been charged with fraud by a high court in the capital Accra.

He was charged with dishonestly obtaining $65,000 as an inducement for showing favour to a potential sponsor of the Ghanaian FA.

Mr Nyantakyi was filmed taking $65,000 from a reporter in a 2018 undercover investigation.

The former Ghana FA president was also accused of requesting $12 million to influence the award of contracts from the same potential sponsor in Ghana.

The former vice-president of African football’s ruling body Caf pleaded not guilty to the charges that arose from an undercover investigation, reported by the BBC in 2018, which sought to expose football corruption in Africa.

Following the documentary, Mr Nyantakyi dismissed the investigation as “shoddy work with cut and paste” but later resigned from his positions at both Caf and football’s world governing body Fifa.

In October 2018, the adjudicatory chamber of Fifa’s ethics committee banned Mr Nyantakyi for life from “all football-related activities at both national and international level” for breaking bribery and corruption rules.

He appeared in court on Wednesday with young football administrator, Abdulai Alhassan, who also pleaded not guilty to allegations of fraud, conspiracy to commit fraud and corruption by a public officer.

Both men have been granted a bail sum of $184,000 and are required to report to the police’s Criminal Investigation Department every Friday until the next hearing on 25 March.

These are the first charges to arise out of an investigation by Ghanaian journalist Anas Aremeyaw Anas, which was broadcast by BBC Africa Eye.