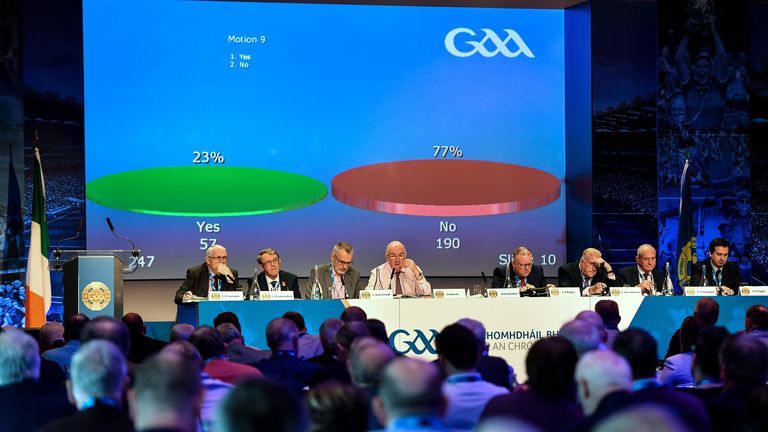 The controversial proposal to introduce a black card into hurling was heavily defeated at the GAA’s annual congress at Croke Park.

An overwhelming 82 per cent of delegates voted against the move, which was widely opposed by players in recent weeks.

However, there were a number of changes which were passed.

In Gaelic football, a player who receives a kick-out is no longer allowed to pass it back to the goalkeeper.

Meanwhile, the newly-introduced advanced mark has been amended: defenders can now challenge a player who chose not to claim a mark in a large rectangle.

On Friday night, Larry McCarthy was elected as the next president of the GAA, and will succeed John Horan when the Dubliner’s term ends.

McCarthy of New York GAA, originally hailing from Cork, became the first overseas president of the association after seeing off Jarlath Burns, Jim Bolger, Jerry O’Sullivan and Mick Rock in the vote. Meanwhile, there were structural tweaks to the All-Ireland Senior Football Championship for 2020.