The coven just got complicated. HL spoke EXCLUSIVELY with Nathanya Alexander about Arianna’s heartbreak after that throuple twist and what’s next.

Being a teenager is hard, that’s for sure. During the June 24 episode of Genera+ion, Arianna began to explore witchcraft and formed a coven with Naomi and Delilah. By the end of the episode, Arianna was heartbroken after Naomi and Delilah joined a throuple with their crush. While Naomi and Delilah were excited about this new chapter in their friendship, Arianna was left out. HollywoodLife chatted EXCLUSIVELY with Nathanya Alexander about what’s coming up and the future of this trio’s friendship.

“I think we’ve all been there,” Nathanya told HollywoodLife. “I certainly have. Being in a friend group, there are so many different dynamics. When Naomi and Delilah ditched Arianna for a guy, I definitely felt that because we’ve all been there. We know what that feels like. I think at the end of an episode, she’s heartbroken, and she’s kind of done with them. But we can expect to see that conversation happened in the next episode because she doesn’t really address it then. She doesn’t blow up on them, but we actually see her have a conversation with her friends about that in the next episodes coming.” 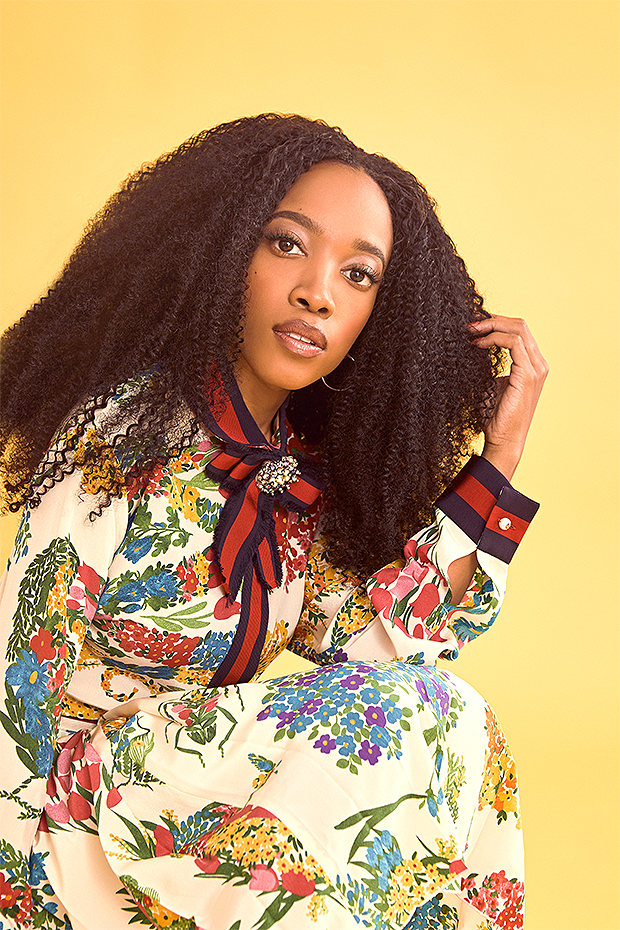 No matter which way you look at it, Arianna is not a fan of the throuple that Naomi and Delilah have formed. “It’s definitely ruined everything for her,” Nathanya said. “She wanted to have a witch moment with her girls about female empowerment. They do the entire witch thing, and she helped Delilah with some of the anxiety she’s been feeling over the baby. They do a protection spell in the mall bathroom and then right after all of that connection, they bring up the throuple idea. At first, I don’t think Arianna actually believes that that would work, but they actually go through with it. I think it breaks Arianna’s heart to the core. I think that’s probably the last thing that she would think would happen.”

Nathanya knows that Arianna is “not going to be the third wheel. She’s going to watch things blow up from afar.” The actress noted that the second part of Genera+ion’s first season “starts off a little slow but everything blows up. All the conversations happen between the characters, and it gets very tense.” 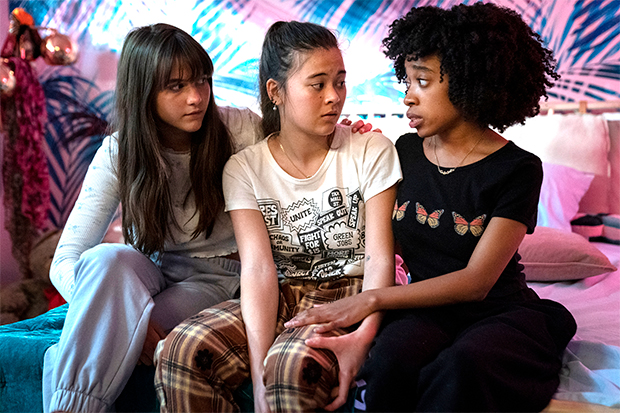 That trip back to the mall bathroom was a much-needed moment of release for Delilah. Only Naomi and Arianna know about Delilah’s baby at the moment, and Nathanya weighed in about whether or not Arianna would ever reveal Delilah’s secret. “I think Arianna keeps her word, but Naomi’s probably the one we have to watch out for,” Nathanya teased.

At the beginning of the episode, Arianna had yelled at her dads for buying the wrong tampons. But at the end of the day, Arianna’s dads are always be there for her. Arianna and her dads shared a touching moment when they knew she was struggling, even if she didn’t want to admit it. 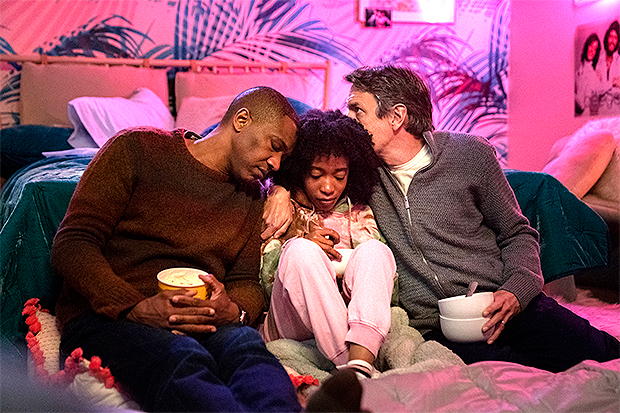 “We hear her story about her being adopted, and I think that she’s definitely longed to have a female around, a mother figure, and that’s why I think she fights hard for her friends,” Nathanya told HollywoodLife. “Specifically, her girl group. I think that means the world to her more than anyone would even imagine. But definitely having her dads there to pick her up, I think she realized that they are the ones that have her back at the end of the day. Those are her parents, and they love her, and you see that love in that scene.” New episodes of Genera+ion premiere Thursdays on HBO Max.