The world’s richest nations including Australia are on track to agree by the middle of the year on a new way to tax multinational businesses to halt “unfettered tax competition” that could leave countries struggling to pay for vital infrastructure and services.

As the Biden Administration presses ahead with its plan to pay for its $US2.2 trillion ($3 trillion) infrastructure stimulus by increasing the tax burden on business, G20 finance ministers signed off on their long-standing proposal to ensure companies at least pay some tax on international transactions. 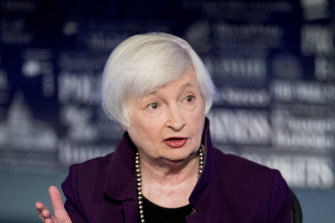 There are fears that government budgets will struggle to recover from the effort to insulate nations from the coronavirus recession. The International Monetary Fund this week estimated governments will spend up to $US16 trillion ($21 trillion) dealing with the pandemic.

The fund has warned nations against trying to repair their budgets by cutting expenditure on important community services, saying an overhaul of corporate tax structures would help avoid “unfettered tax competition” and stop the creation of one-off measures such as digital services taxes that have been proposed by some nations.

“Even if agreement is reached, pressures for further reforms, likely expanding upon these newly adopted approaches, will continue given the relatively narrow scope and limited estimated effect
of the proposals,” it said.

The G20 commissioned the OECD in 2017 to look at ways to tighten the global tax system – largely established in the 1920s – over concerns it was failing to deal with the way a growing number of service-orientated businesses were able to avoid paying tax.

US Treasury Secretary Janet Yellen used the virtual meeting of G20 finance ministers on Wednesday evening, attended by Treasurer Josh Frydenberg , to outline her own proposal for a minimum tax on American companies’ foreign income and to increase the US corporate rate to 28 per cent.

The Trump Administration had slashed America’s corporate rate to 21 per cent in a move that boosted corporate profits but left the US budget facing huge deficits even before the pandemic.

Ms Yellen said by lifting the US corporate rate, and enforcing a global minimum rate of company tax, the administration was abandoning a “self-defeating competition”.

“By choosing to compete on taxes, we’ve neglected to compete on the skill of our workers and the strength of our infrastructure,” she told reporters in the US.

Australia, with a corporate rate of 30 per cent for large businesses, already has a higher business tax rate than most members of the OECD. 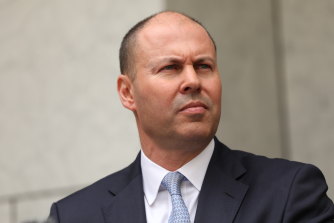 But the pandemic’s hit to corporate profits is expected to hit the budget bottom line.

As a share of total federal government, company tax is expected to slip to 15.9 per cent next financial year from 18.5 per cent in 2020-21. The situation deteriorates in 2022-23 to just 14.4 per cent before rebounding the following year as various government concessions come to an end.

The drop in corporate tax revenue will mean the budget becomes more reliant on personal tax collections. By 2022-23, 48.2 per cent of total federal revenues are forecast to come from personal income tax compared to 45.6 per cent in 2021-22.

“Australia welcomes the United States’ commitment to continue to engage in the OECD-led discussions seeking to agree a globally consistent approach to the tax challenges posed by the digitalisation of the economy,” he said.

“Australia will remain an active and constructive participant in these discussions as we have done so throughout.”