Going abroad on your own is the best way to put a spark in your marriage: GEORGINA FULLER explains why the number of women booking solo breaks has doubled

As I looked out at the clear blue sea off the beautiful island of Malta, cocktail in one hand, battered paperback in the other, I realised this might be the perfect holiday. Just me, the beach and a banana daiquiri.

And the very best part? I was alone, without my husband and three children (then aged nine, six and four). They were all at home hundreds of miles away.

Regular date nights, role play, separate bedrooms… all married couples have their own way of keeping things ‘fresh’. For me and my husband, Dom, the answer is simple: we go on separate holidays.

It helps stave off the boredom of domestic drudgery that comes with having a young family. It revives and unites us. And frankly, it stops me wanting to elope when we try to go abroad together. 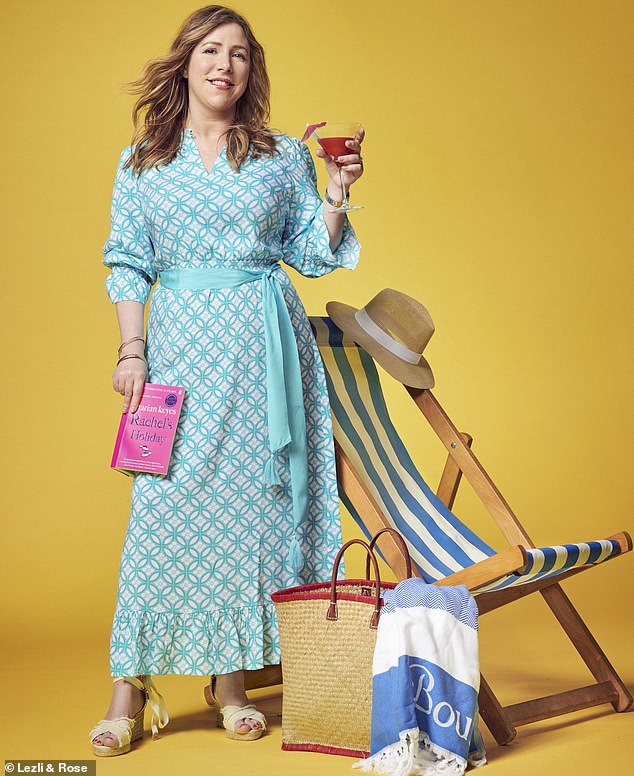 Georgina Fuller (pictured) explains how her and her husband Dom kept arguing on holiday. UK-based journalist when to Chamonix in 2018, it was her first solo trip

We can’t be the only ones, because luxury travel agents this week reported the number of women taking solo holidays has doubled since the pandemic. I suspect many of them are, like me, escaping the ties of family for a little R&R.

For us, it all started eight years ago with our first holiday as a family of five. I’d pictured building sandcastles and making precious memories, but the reality was very different.

I remember arriving at Bergerac airport with a hungry baby, a toddler who kept trying to hurl himself onto the baggage carousel and an overexcited five-year-old who’d woken us hourly the night before.

We queued for so long outside the car rental hut that, when we finally arrived at the local Casino supermarket, it was closed, as were the local restaurants. In an exchange that set the pattern for future trips, Dom and I ended up bickering blithely and taking it out on each other. He rolled his eyes. I retaliated with a snarky comment about him forgetting to bring snacks. 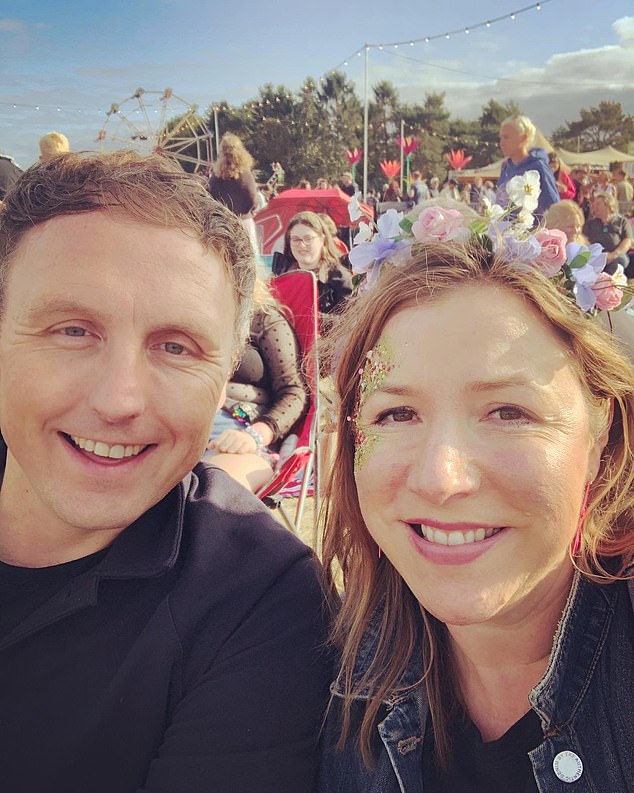 Georgina and Dom (pictured) kept falling into disputes whilst on holiday with their children. Then it occurred to Georgina that she had a choice and could go away by herself

Our dinner that day was leftover breadsticks and bruised apples, consumed by the side of the road. ‘This isn’t what I would call a holiday,’ the five-year-old piped up. I couldn’t have agreed more.

On our next trip, Dom and I fell into another dispute. It started as a small thing, when he insisted our three-and-a-half-year-old was too big for a pushchair and could easily walk. But it ended with our son, Charlie, in a sit-down protest surrounded by tutting locals — and the two of us rowing furiously.

Yet it didn’t occur to me, as I struggled through half a dozen similar ‘holidays’, that I had a choice. As a wife and mother, the assumption was that if I went away, I’d go with my husband and children in tow. The idea of needing to get away from them didn’t even cross my mind.

That is, until I went abroad for the first time without having to wipe a single nose or bottom. It was a work trip to Chamonix in 2018. I ordered a prosecco at Geneva airport. Had a little nap on the flight. As I thought about the five days of hiking and hot tubs ahead, my drink wasn’t the only thing that fizzed.

It was the longest I had left the children and I was worried how they would manage without me, but Dom booked the week off and, I hate to admit it, probably did a better job of parenting than me.

They made pizzas together and somehow he got them to tidy their rooms. I think being in sole charge gave him a newfound appreciation for all the little invisible jobs I do each day. There was no one else to match the children’s socks, make their pasta or mediate in every little squabble. And the time away gave me space to think.

I realised I was at breaking point. I felt I either had to give up hope of ever feeling truly relaxed again — or insist on going away alone.

For me, exploring, reading and drinking wine is what a holiday is all about. I don’t want to think about what other people want or need — that’s what I spend the rest of the year doing. I can’t stand this ‘two become one, matching T-shirts, happy families’ spiel so prevalent on social media. This may horrify some — the sort of people who think fathers should be thanked for ‘helping out’ with the care of their own children, while mothers should be willing drudges for no reward. 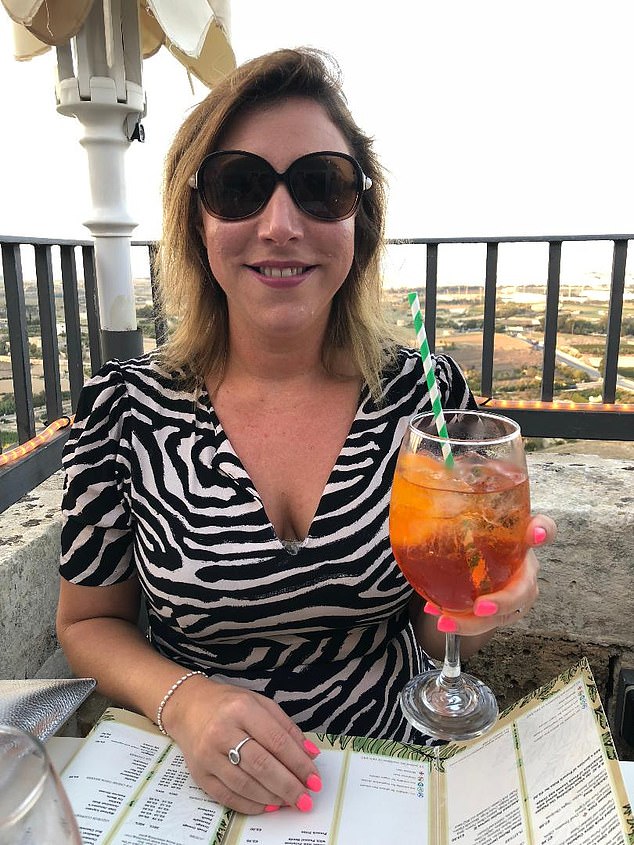 For Georgina exploring, reading and drinking wine is what a holiday is all about. She doesn’t want to think about what other people want or need

I remember one school mum saying she hadn’t had a night to herself or a full night’s sleep in more than six years as though it were a badge of honour. ‘It’s all right for some!’ she said, pointedly, when I told her about my own solo trips.

So, not long after that first break, I booked myself on a five-day solo trip to Malta. Dom was disgruntled at first, especially about having to give up his paid leave to do childcare. But he soon came to see it as a break for him, too.

As I wandered the ancient streets of Valletta, not once did I wish I was dragging a screaming toddler with me or trawling the local supermarket for fish fingers. And, as I headed off for a night of dancing and cocktails, I must admit, I didn’t miss my husband either.

Next was a shopping trip to New York in 2019, where I indulged my Sex And The City fantasies and bought clothes without worrying about sticky little fingers ruining them. Dom went to Cornwall with his mates later that year, and we’ve tried to do it annually ever since. It’s not a quid pro quo thing, but I think we’re both entitled to a similar amount of time away.

And the best bit of all is the effect it has on my marriage. When he’s gone, I realise just how much I rely on him. All those little things: being the last to turn off the lights in the house and empty the bins.

Dom and I have been together for 20 years and our children are now 13, ten and eight. In between the usual sniping that comes with busy family life, it’s sometimes hard to remember what brought us together in the first place. But time apart brings it all back.

After one trip, Dom came to pick me up from the airport as a surprise. For a moment I wondered who the tall, handsome stranger was waving at me. I couldn’t wait to get him home! 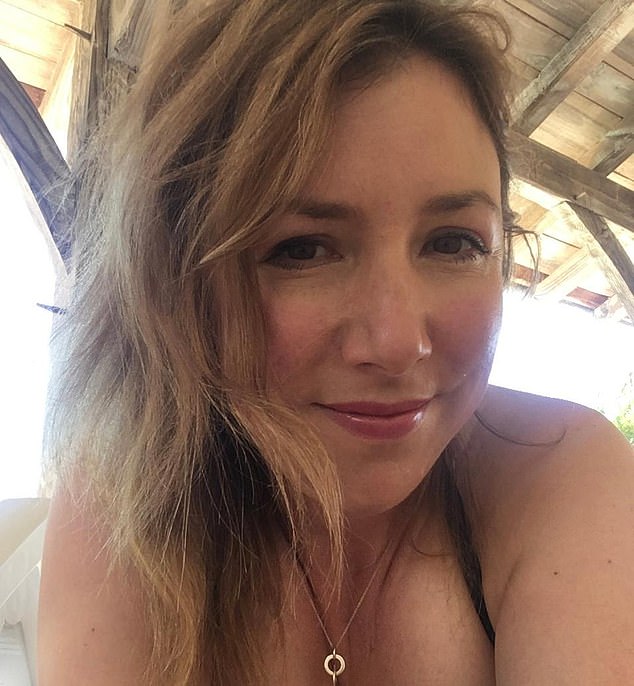 I trust him implicitly while we’re apart. It’s also a wonderful act of generosity on the part of the spouse left at home — we never take each other for granted, since we get an annual taste of how chaotic life would be if we were left to manage single-handed.

Perhaps that’s why when it’s my turn to go away, I always return to a lovely dinner and a bottle of my favourite rosé, a feast that shows just how much he’s missed me.

We do still go away with the kids, but we see those trips as time for them. In fact, we’ve just got back from a week in Greece, and while it’s easier now they are older, it was still not always family bliss. One refused to leave the villa, another just wants to Snapchat his friends, the third wants to be in the pool with us the whole time.

Not really my idea of a holiday. Luckily, I don’t have long to wait for one I can truly enjoy — alone.