GRAND NATIONAL hero Davy Russell has revealed doctors 'drilled bolts' into his head as part of his brutal recovery from a horror fall.

Russell, 41, who won the Aintree showpiece two years running on Tiger Roll, fell at the first in October's Munster National at Limerick. 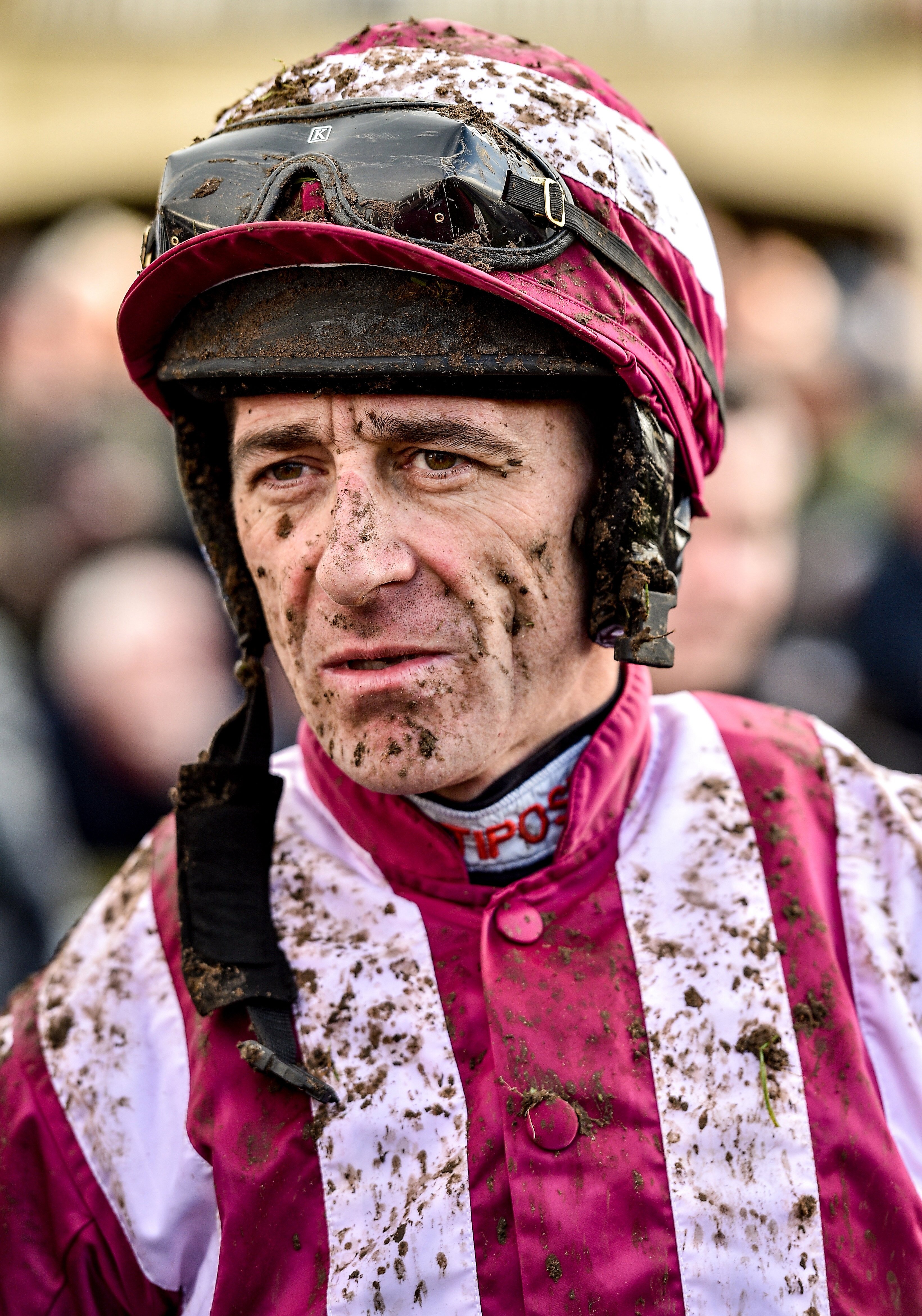 His mount Doctor Duffy, a 5-1 chance, collided with a rival and fell, flinging Russell to the ground in the process.

He suffered fractured and dislocated vertebrae – but arguably worse was to come in the recovery.

Russell, who is recuperating at home in Youghal, Ireland, admits he 'dodged a bullet' in the crash.

He told the Irish Times: "It was C6, C7 and T1. The T1 was dislocated. They put me in traction and that was horrific.

"They drilled bolts into my head and hung a weight off my head to stretch it so the T1 would go back into place.

"Every hour they would take an X-ray and add more weight. I was telling them ‘lads this is wrong, I’m in woeful pain.’

"They were asking where and I was saying the groin and hip area. They said once it’s not your neck, you’re fine."

Russell is confined to a neck brace for now and knows there is no chance of riding again until the new year.

But he also revealed the latest injury actually improved a previous one he had that left him in 'fierce pain'.

Russell said: "For the last ten years I’ve had to roll out of bed most mornings in pain with my hips.

"It was embarrassing for a couple of years in that I’d have to ride a bit longer than I normally would because I’d be in fierce pain.

"I had physio after physio and it was very good and effective but it would always return.

"But I’ve had no pain in my hips since they did the traction – so where there’s a negative, there’s a positive."