Skip to content
HomeLifestyle‘Grey’s Anatomy’ Theory: Why Some Fans Are Convinced Derek Is Alive

Now this would be the ultimate twist. Some ‘Grey’s Anatomy’ fans believe that Derek Shepherd is actually alive after all these years. Let’s break down this theory.

This Grey’s Anatomy theory will make you do a double-take. There’s a group of fans out there who are convinced that Derek Shepherd is alive. They’re talking about the same Derek Shepherd who died from injuries sustained in a car accident back in season 11. 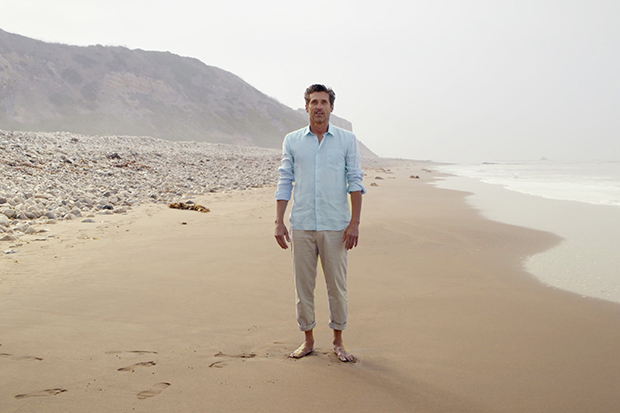 One fan tweeted, “100% convinced derek shepherd is alive and we’re getting merder endgame.”  Another fan has a theory about how Derek could possibly be alive. The fan says that Meredith can’t ever reach Derek on the beach because they’re “both alive.” In a rewatch of Derek’s final episode, the doctor who took Derek off his ventilator never said his time of death. In Deluca’s final episode, Teddy and Owen hesitated on calling his time of death until Reza finally did.

The likelihood that Derek Shepherd is alive and has been away from Meredith and his family all of this years is extremely low. Derek is probably just wearing a blue shirt because his favorite color is blue. He said so back in season 1 of Grey’s Anatomy.

Grey’s Anatomy has thrown a number of twists at us over the years, and showrunner Krista Vernoff revealed that Deluca’s death is not going to be the only shocking moment of season 17. “There are several episodes coming up that I think the fans are going to lose their s**t over,” Krista told EW. “In really good ways and in every meaning of the phrase.”

Derek will be back in the March 18 episode of Grey’s Anatomy. Meredith remains on a ventilator, so she’s still on the beach with Derek. The long-running show has yet to be renewed for season 18, and Krista has said that she is writing season 17 as if it’s the show’s last. So buckle up and get ready for more tears. Grey’s Anatomy airs Thursdays at 9 p.m. on ABC.