Who needs the Sussexes? Groom with royal aspirations tries to rent Windsor Castle and gets his fiancée a veil longer than Meghan Markle’s on Don’t Tell The Bride (and he’s even called Harry!)

A groom who wanted his wedding to be bigger than Prince Harry and Meghan Markle’s tried to rent Buckingham Palace in possibly the most ambitious level of planning Don’t Tell the Bride has ever seen.

Monday’s episode of the reality TV show, will feature Harry Walker, 26, from Enfield, who lives like a king with his childhood sweetheart Charlotte, who looks after his every need, thus inspiring his desire for a royal-themed wedding.

While Charlotte, 26, would be happy with a simple and intimate wedding in a barn,  Harry wanted his ‘queen’ to have the grandest celebration three weeks and £13,000 could buy, and hoped to bag Buckingham Palace as his venue.

Charlotte, a mother-of-three, is accustomed to Harry’s jokes, but stopped laughing when he booked a finishing school tutor – and nothing else – as her hen do entertainment, and threatened to cancel the wedding.

Harry was hoping to impress with his posh theme, but the disgruntled bride ‘hated’ her plain Meghan-inspired dress, and said that the 197-inch veil Harry picked – five inches longer than the Duchess of Sussex’s – made her ‘ill.’ 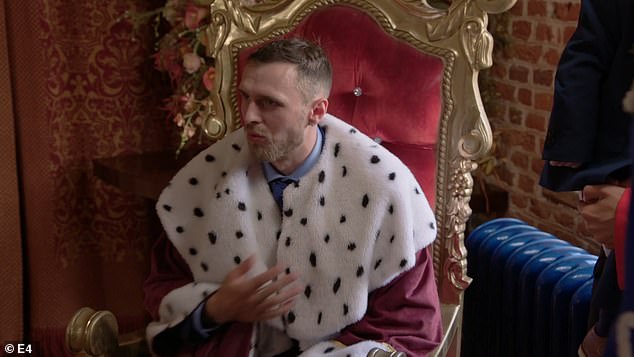 Groom Harry Walker, 26, from Enfield, wants his wedding to compete with Prince Harry and Meghan Markle’s and even phones up Buckingham Palace and Windsor Castle to ask if he can hire them as venues

At the beginning of the episode, Harry, who doesn’t know how to work a washing machine or an oven, was feeling the pressure when his bride told him, ‘Don’t mess up my wedding.’

But the father-of-three had a precise vision of the regal nuptials he wanted, and enlisted the help of his cousin Russell and brother Eddie to see it through.

He set his sights on Buckingham Palace, but when the Queen wasn’t home to take his call, he phoned Windsor Castle, asking if they do weddings.

After being told Windsor only hosts royal weddings, he eventually decided to rent out Layer Marney Tower – a Tudor palace in Essex – for £3,750. 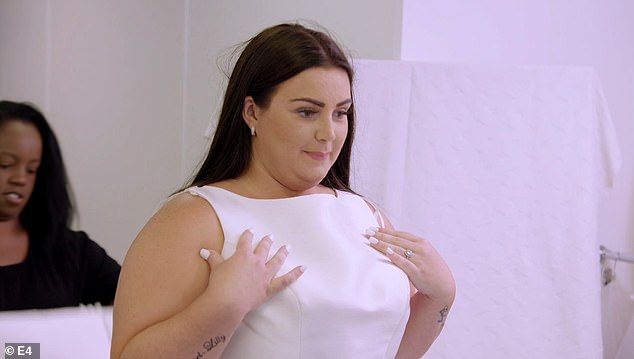 Down-to-Earth Charlotte wanted to wear a simple wedding and a lacy gown, but hates the Meghan-inspired dress Harry picked for her, which doesn’t fit (pictured)

At the end of the second week, Charlotte’s much-awaited hen do arrived, but things went from bad to worst when Russell stapled the bride’s invitation to a bag of his and Harry’s dirty washing in the hope she’d take care of it.

This prompted a furious Charlotte to say that if Harry sees her as Cinderella, he’d better deliver and get her to the glamorous fairytale ending she’s always dreamed of.

There was further irritation in store when she discovered he’d hired a finishing school tutor for the hen do.

‘I don’t know why he’s trying to posh me up now,’ she said, while walking with a book on her head. 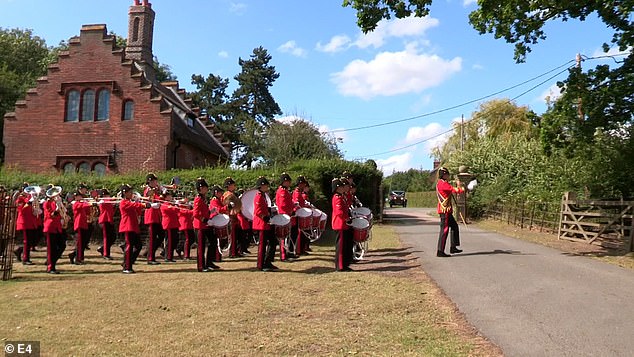 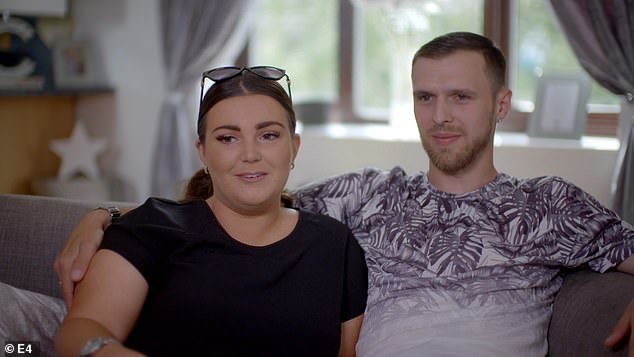 Charlotte says at the beginning of the episode that she is the planner of the relationship, catering to Harry’s every need

Fuming Charlotte and her bridesmaid Amy were deeply disappointed by his choice, and the bride-to-be threatened to call off the wedding if Harry didn’t get his act together.

Hoping to make up for it with his choice of wedding dress, Harry decided on a plain number inspired by Meghan Markle’s simple yet stunning Givenchy gown.

He also threw in a 197-inch veil, five inches longer than the one worn by Meghan on her wedding day.

However, Charlotte, who had hoped for a lacey number with a mermaid cut, ‘hated’ the dress, which was too small in the back and too wide in the bust.

When she tried on the veil, the disgruntled bride-to-be said it made her ‘feel ill’ and was disheartened to the point of saying she refused to walk down the aisle until Harry sorted it out. 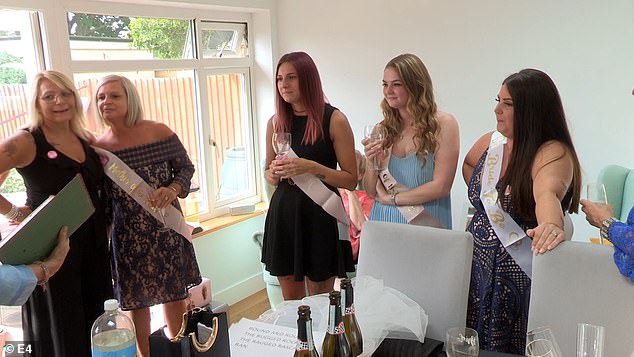 Charlotte, her mother, Harry’s mother and her bridesmaids see red when the groom books them a finishing school tutor for her hen do

Things started to look up when Harry eventually said she could swap the dress for the first one he picked, a lace gown much more to Charlotte’s taste.

‘Now that is what a bride should look like,’ she said. ‘I am a stunner.’

After Harry found himself a king costume and spent £500 on thrones and props for the reception, the wedding day arrived with a nervous Charlotte worried about what she might be walking into.

But on the big day, the mother-of-three was pleasantly surprised when a vintage car greeted her at the front door of her hotel, ready to take her to the ceremony.

On her way, she saw her guests lining the streets waving bespoke flags adorned with pictures of her and Harry, as if it were really a royal wedding. 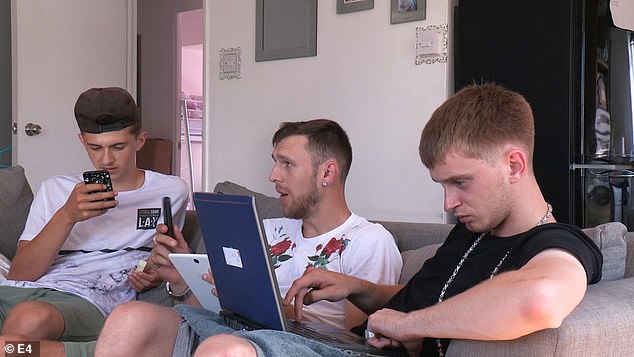 Harry teams up with his brother Eddie (left) and his cousin Russell (right) to plan the wedding. He has three weeks and a £13,000 budget

Harry also rented a 40-man marching band of teenage players, who accompanied Charlotte as she walked from the car to the door of the venue, ready to meet her man.

The couple said their I dos, and were ‘crowned’ by their eldest daughters in front of their family.

‘This is spectacular, the only thing I didn’t like was the veil,’ she said.

‘Harry’s pulled it off, he’s done a better wedding that I could probably have done,’ she added.

And it appeared that the process of planning had helped Harry mature as well.

‘I’m definitely not the same person I was three weeks ago,’ he said.