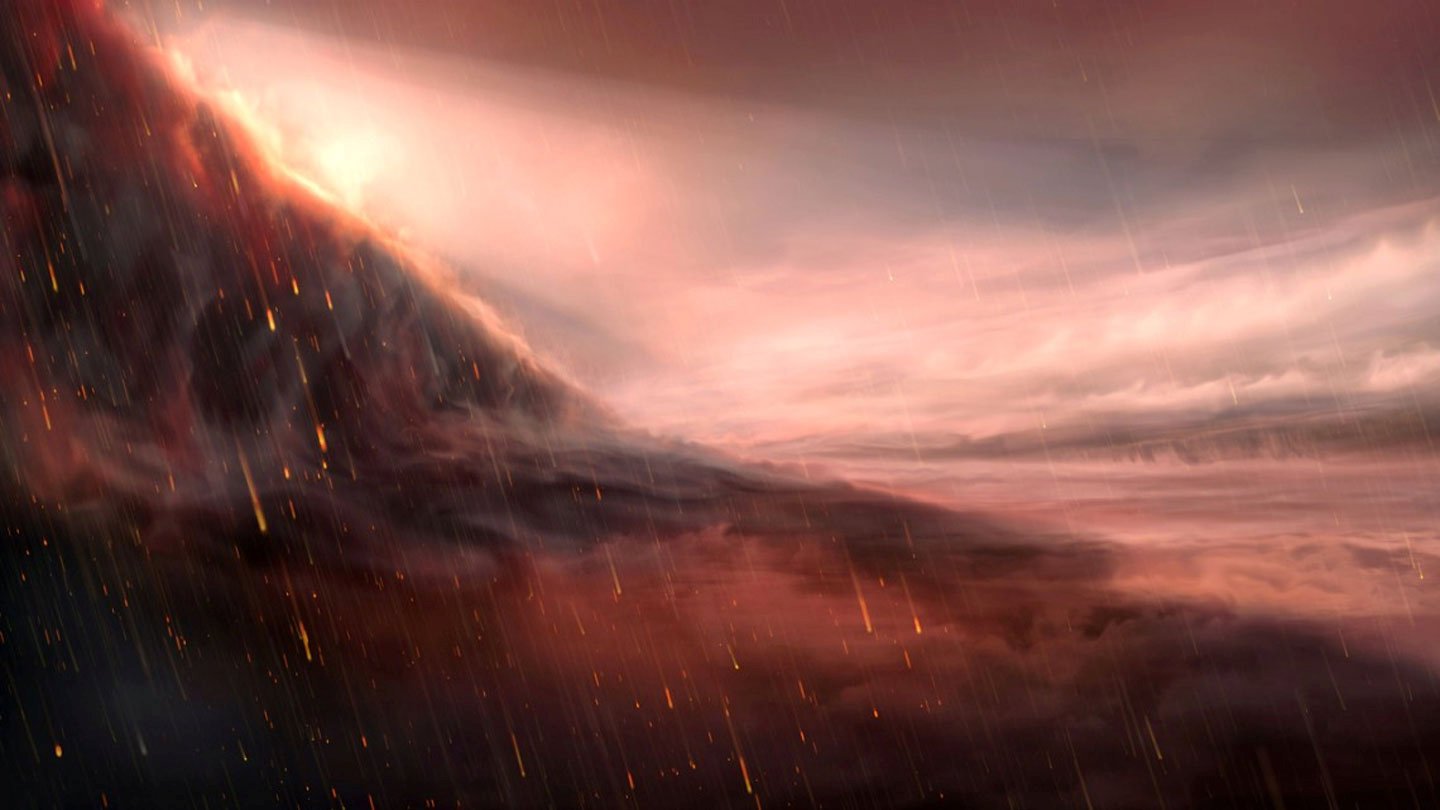 A hellish planet where it rains liquid iron may be even hotter than previously imagined, say scientists.

Temperatures reach over 2,400C at its surface – enough to vaporise you in seconds. Winds blow at more than 10,000mph.

Identification of the electrically charged element opens a new window into its extraordinary weather.

Lead author Emily Deibert, a doctoral student at the University of Toronto, said: ‘We are seeing so much calcium – it is a really strong feature. This spectral signature of ionised calcium could indicate the exoplanet has very strong upper-atmosphere winds.

‘Or the atmospheric temperature on the exoplanet is much higher than we thought.’

The scorching world is 640 light years from Earth in the constellation of Pisces.

It has fascinated astronomers since its discovery five years ago. Clouds continuously rain molten iron.

An international team – including Queen’s University Belfast – carried out the most thorough examination to date. They analysed data from the Gemini North telescope on Hawaii’s Mauna Kea volcano.

The exoplanet has a dayside where temperatures climb above 4,350 degrees Fahrenheit (2,400 degrees Celsius) – enough to evaporate metal. Strong winds carry iron pellets to the cooler nightside – where they fall as droplets.

Wasp-76b is known as a hot Jupiter – a gas giant that orbits very close to its star.

As a result, the iron rain sinks down to the planet’s core where it quickly re-vaporises. Wasp-76b takes less than two Earth days to orbits its star – which is hotter than the sun.

The study has implications for finding less hostile planets that could be habitable.

Co author Professor Ray Jayawardhana, of Cornell University, New York, said: ‘As we do remote sensing of dozens of exoplanets, spanning a range of masses and temperatures, we will develop a more complete picture of the true diversity of alien worlds.

‘From those hot enough to harbour iron rain to others with more moderate climates, from those heftier than Jupiter to others not much bigger than the Earth.

‘It is remarkable with today’s telescopes and instruments, we can already learn so much about the atmospheres – their constituents, physical properties, presence of clouds and even large-scale wind patterns – of planets that are orbiting stars hundreds of light-years away.’

It suggests fiery, inferno-like WASP-76b is even more sizzling than they had realised. Huge amounts of stellar radiation it absorbs have puffed the exoplanet up immensely.

It is almost twice as wide as Jupiter despite possessing just 85 percent of the mass.

Wasp-76 b is also tidally locked, always showing the same face to its star just as the moon only ever shows its near side to us on Earth.

The study doesn’t speculate how much higher Wasp-76 b’s temperatures may be.

But it adds to evidence the Milky Way is peppered with a wide variety of strange worlds.

Over 4,000 exoplanets outside our solar system have been discovered so far.