According to researchers from the US, these exercise routines — which feature short bursts of strenuous exercise — can help older patients regain more function, faster.

In particular, the team found that patients recuperating in skilled nursing facilities could increase their walking speed at discharge by 0.4 feet per second using HIIT. 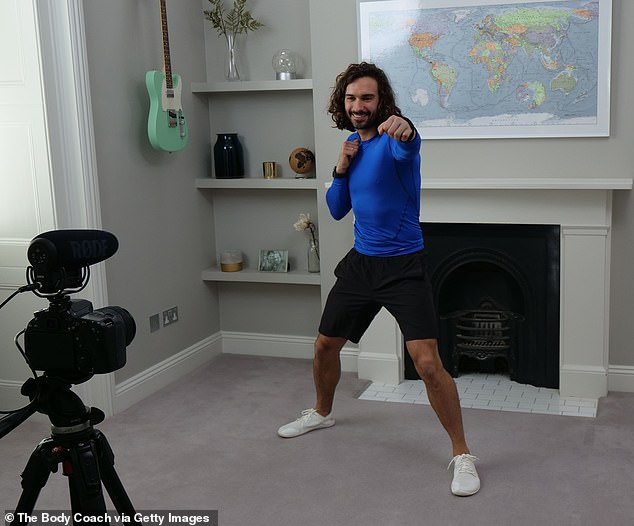 ‘Our study identified an impactful opportunity to improve the way we care for patients in skilled nursing facilities,’ said paper author and rehabilitation scientist Allison Gustavson of University of Colorado’s Anschutz Medical Campus.

In their study, Dr Gustavson and colleagues worked with 103 participants in a US nursing home.

They were assigned to either a high-intensity program — dubbed ‘i-STRONGER’ — run by physical therapists, or underwent normal care.

The results showed that patients participating in the high-intensity program benefited by increasing their activity.

In particular, the HIIT subjects increased their walking speed from evaluation to discharge by 0.4 feet (0.13 metres) per second more than the control group — a figure which exceeds clinically meaningful changes.

Furthermore those in the HIIT group reduced their stay in the skilled nursing facility by an average of 3.5 days.

For both groups, the therapists administered a group of function tests known as the ‘Short Physical Performance Battery’ — which includes a measure of gait speed — at initial evaluation and discharge from the facility.

Skilled nursing facilities provide medical and rehab services to individuals after hospitalisation to help facilitate the transition back home or to the next level of care.

However, recent research has shown the that the path of functional recovery following hospitalisation and care in skilled nursing facilities is generally poor — with less than 25 per cent of patients returning to their pre-hospitalisation abilities.

According to the researchers, their findings signal the need to fundamentally change the intensity of rehabilitation provided to patients with medically complex conditions, as to improve patient experience. 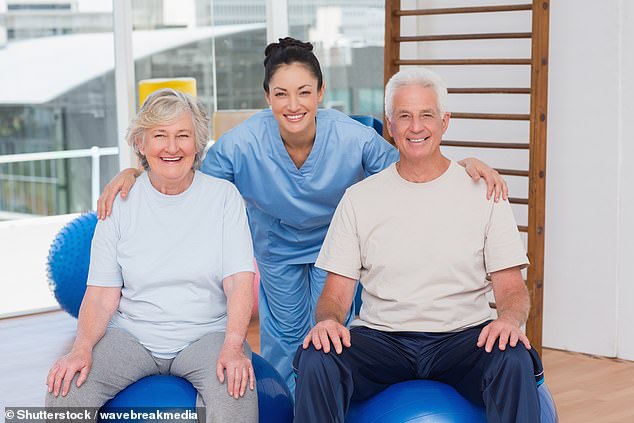 According to researchers from the US, HIIT exercise routines — which feature short bursts of strenuous exercise — can help older patients, pictured, regain more function, faster 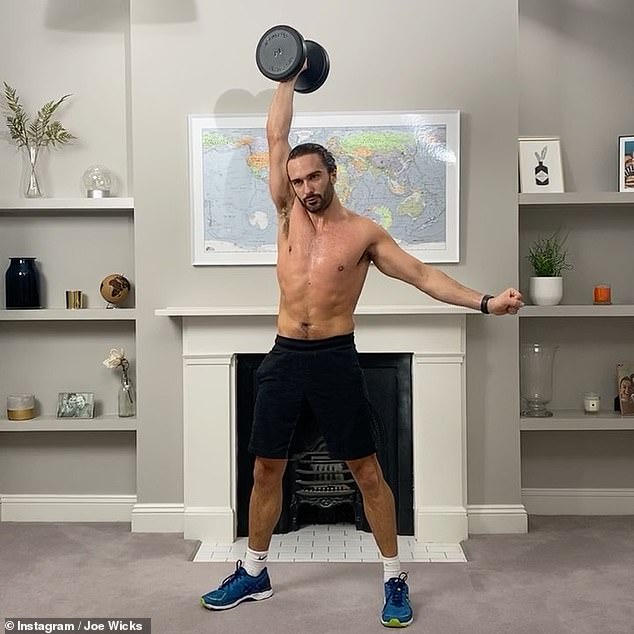 In particular, the team found that patients recuperating in skilled nursing facilities could increase their walking speed at discharge by 0.4 feet per second using HIIT. Pictured, Joe Wicks — known as ‘The Body Coach’ — is an ardent advocate for HIIT exercise regimes

‘Our study shows that the quality of rehabilitation compared to the quantity drives better outcomes,’ said paper author and rehab science expert Jennifer Stevens-Lapsley, also of the University of Colorado.

‘These findings provide a timely solution to address rehabilitation value in the context of recent post-acute care changes by policymakers who are looking to raise the bar on the quality and efficiency of post-acute care services.’

‘We are eager to support the transition to this more effective and safer, high-intensity care approach.’

‘We are encouraged by the results that accelerated the improvement in patient function, created positive patient and clinician experience, and resulted in less time needed for care in the skilled nursing facility.’

‘As always — and especially now in the era of Covid-19 — less time spent in an institutional setting is desirable.’

‘This work supports the need to fundamentally change the intensity of rehabilitation provided to [the older adult] population to promote greater value within post-acute care,’ said Dr Gustavson.

‘Furthermore, this study supports the application of implementation science to rehabilitation for rapid and effective translation of evidence into practice.’

The full findings of the study were published in the journal Physical Therapy.

Elderly people walk up to 33 per cent FASTER now than pensioners 30 years ago thanks to better medicine, diets and hygiene

Elderly people living today are fitter and healthier than they were 30 years ago, according to a study by Finnish researchers.

As a result of better nutrition, hygiene and healthcare people between 75 and 80 years of age now walk, on average, up to 1mph (33 per cent) faster than they did in 1990.

The oldest members of society also have greater leg and grip strength in the modern era, as well as improved reaction speed, verbal fluency, reasoning and memory.

The same tests were administered to both groups and assessed physical state as well as cognitive function.

Average walking speed was tested by walking 10 metres (11 yards) down a corridor. The first half was allowed for acceleration and the speed over the final five metres was measured.

Data reveals the biggest jump in walking speed was 0.4 m/s, equivalent to 0.9mph.

‘In grip strength, the improvements were 5-25 per cent, and in knee extension strength 20-47 per cent,’ the researchers add in the study.

Kaisa Koivunen, co-author of the research and a doctoral student at the University of Jyväskylä, says: ‘Higher physical activity and increased body size explained the better walking speed and muscle strength among the later-born cohort.’

While one study focused on physical differences over the last three decades, another looked at mental improvements.

People were larger, stronger and better educated in the recent cohort because living conditions in their formative years were superior to those endured at the start of the 20th century.

Postdoctoral researcher Matti Munukka explains: ‘The cohort of 75- and 80-year-olds born later has grown up and lived in a different world than did their counterparts born three decades ago. There have been many favourable changes.

‘These include better nutrition and hygiene, improvements in health care and the school system, better accessibility to education and improved working life.’

The researchers explain the early cohort grew up when Finland was primarily a farming economy, reliant on hard labour and the fruits of the land.

Children born between 1910 and 1914 were toddlers when World War One broke out, and they were barely out of nappies when their nation was embroiled in the the turmoil of the Russian Civil War of 1918 and were likely conscribed to fight in World War Two.

This happened while there was little infrastructure to ensure children got a suitable education, forcing many to leave school as a child and work back-breaking jobs.

However, the later cohort, although enduring World War Two as youngsters, benefited from a host of inter-war upgrades to social services.

‘The foundations of the Nordic welfare system were laid in the 1930s, including the provision of free school meals for all children and longer obligatory education. Finland developed rapidly in the 1950s, access to secondary and tertiary education improved and the female disadvantage in education narrowed,’ the researchers explain in their study.

‘This partially explains our findings, which showed a doubling in the length of education between the earlier and later cohorts.’

‘This research is unique because there are only a few studies in the world that have compared performance-based maximum measures between people of the same age in different historical times,’ says co-author Professor Taina Rantanen.

‘The results suggest that our understanding of older age is old-fashioned. From an aging researcher’s point of view, more years are added to midlife, and not so much to the utmost end of life.

‘Increased life expectancy provides us with more non-disabled years, but at the same time, the last years of life comes at higher and higher ages, increasing the need for care.

‘Among the ageing population, two simultaneous changes are happening: continuation of healthy years to higher ages and an increased number of very old people who need external care.’