A woman who allegedly helped a fatal hit-run driver avoid police told officers she was trying to get the man to turn himself in.

Lauren Hindes is accused of helping Shane Cochrane avoid police after he sped through a red-light and hit a 20-year-old crossing the road in August 2019. 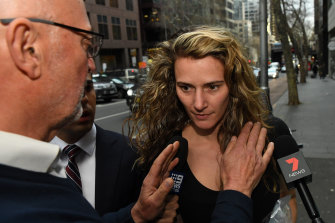 Monash University student Nisali Perera was thrown 60 metres in the air and died at the scene on Wellington Road at Clayton in Victoria.

In an interview with police after Hindes was arrested she allegedly told them she was trying to convince Cochrane to hand himself in with her. 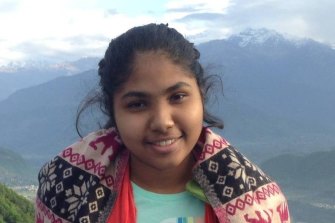 Nisali Perera was killed in a hit-run in Clayton.

"I was a passenger in the car, the whole time I was trying to get Shane to come with me to hand ourselves in. I knew the longer [we waited] the worse it was," Hindes allegedly told officers during an interview.

But acting Sergeant Brendan Eames-Mayer told the Melbourne Magistrates Court there had been no triple zero calls made by Hindes over the crash.

Earlier on Monday a ride share driver who picked up a couple near the scene of the deadly crash believed they had "done something wrong".

Driver Preshant Sharma, who picked up the pair, told the court they were acting "nervous" and "scared".

"I thought they had done something wrong," Mr Sharma said.

He said the female passenger ducked down when they passed police cars on the road and both were looking side to side. 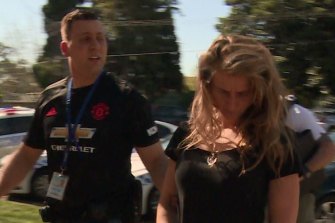 Lauren Hindes was arrested a few days after the fatal crash.Credit:Nine News

In the days after her arrest Hindes was granted bail but she allegedly phoned Cochrane while he was in prison, and was charged with breaching her bail conditions.

In January, Cochrane pleaded guilty to culpable driving, driving in a manner dangerous to the public causing death, failing to stop and failing to help after the crash.

The hearing will continue on Thursday.