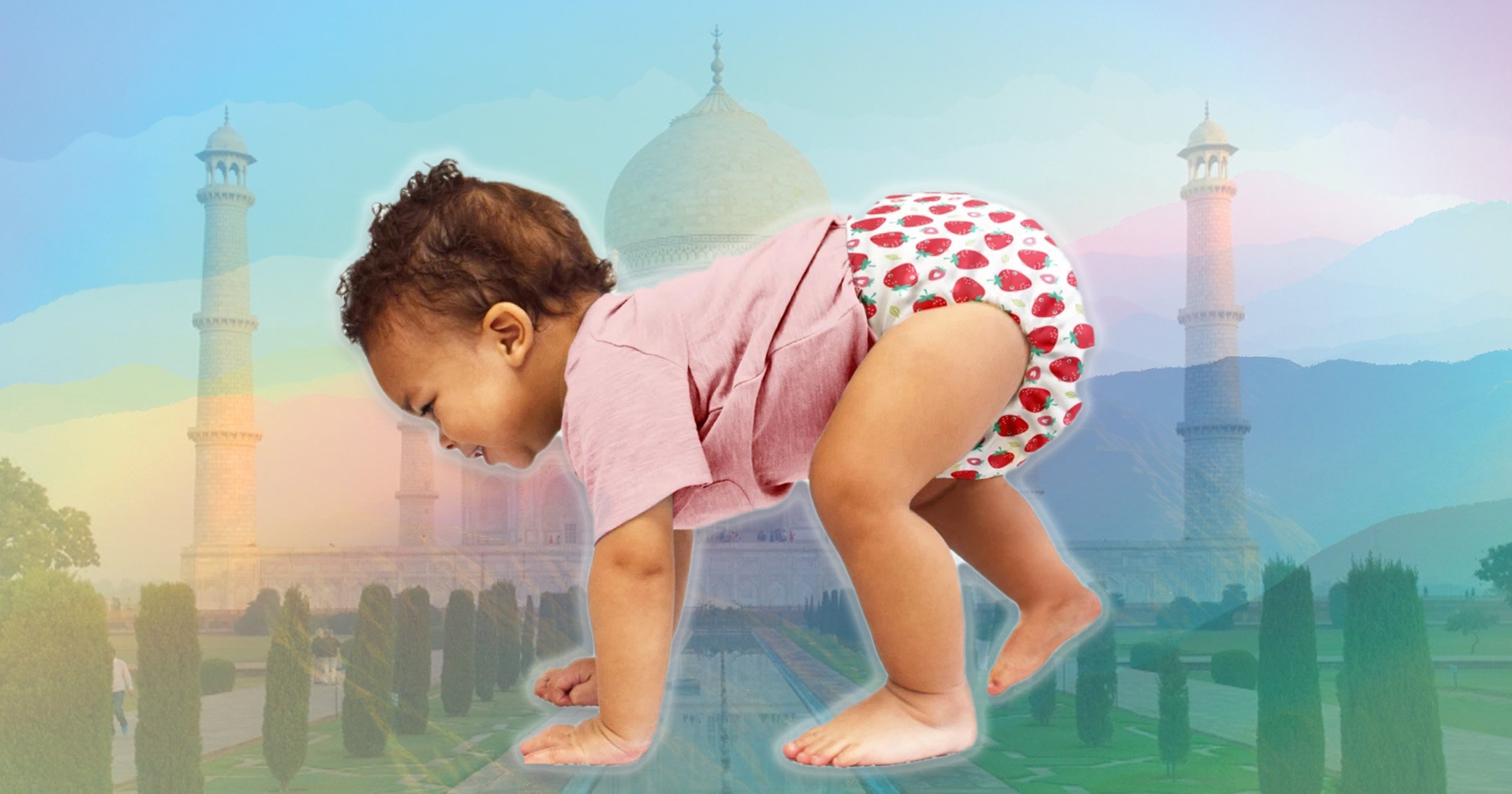 Conversations while backpacking in Asia tend to range from amazing waterfalls to Jeremy losing his didgeridoo on the Khao San Road.

But for Guy Schanschieff and wife Jo — then unmarried, childless and travelling in the early 1990s — one unlikely topic kept cropping up: nappies.

‘We went to the Taj Mahal at sunset and bumped into an American who started talking about reusable nappies that had done well in the US,’ laughs Guy.

‘It felt like the stars were aligning because we had had a random conversation with a Canadian in Nepal about nappies, too.’

A few months later, in Sydney, Guy saw a reusable nappy laundry truck pass by and he was sold.

Either reusable nappies were becoming a big deal or this was some divine way of telling him he should settle down and have kids. Back in the UK, in 1992, Guy and Jo set up a nappy laundry service.

With a few hundred loyal customers and costs subsidised by washing the local rugby and football teams kits, things were going well.

But the business was not growing. ‘Everyone was using disposables and our company wasn’t scalable,’ says Guy. ‘We could see the benefits of reusable nappies, but we were at the time at the bottom of very high mountain.’

Guy and Jo changed the business model and from their cellar in Northamptonshire offered reusable nappies through a brochure — this being the 1990s, customers would ring up with their order and send a cheque in the post.

Towards the end of the decade interest was starting to grow, so they invested in packaging and began manufacturing their own multi-layered cotton nappy — the arrival of the first of their three children helped with testing — and started selling to a few independent shops.

They then secured one unit in Brixworth Industrial Estate, Northamptonshire. The turnover started to grow and in 2002 they went international with their company Bambino Mio.

Guy says that while plastic straws and plastic bags have become hot eco topics, with swift action to cut their usage, disposable nappies are one of the world’s most-promoted products.

Parents foot huge bills for the roughly eight million that are thrown away every day in the UK. Worldwide, they are the third biggest contributor to landfill, making up 30% of non-biodegradable waste.

‘For the first three years of a baby’s life it sees all of these things being thrown away,’ says Guy.

‘There are barriers to reusable nappies, but most of them are misplaced. People who use reusables realise how they are easy and save money. Disposable nappies are disastrous for the world.’

In 2003 Guy founded the Nappy Alliance, a coalition of independent providers of reusable nappies, and says using them should be all part of the rollercoaster of being a parent.

‘Once you get into the routine, you just put it in a bucket then put it in the washing machine. Console yourself with the idea you are saving ten quid every time you load up the machine.’

The switch from plastic nappies to more eco-friendly options will be the next big thing, he says, and change is just around the corner. ‘We will get to the point that reusables are the norm.’

Get in touch by emailing [email protected]

How to get your Metro newspaper fix

Metro newspaper is still available for you to pick up every weekday morning or you can download our app for all your favourite news, features, puzzles… and the exclusive evening edition!