BARCELONA are preparing for a transfer splurge this summer as they look to bring in as many as SEVEN new first team players.

The Catalan giants remain in financial difficulty due to the club's debt which is in excess of £1billion. 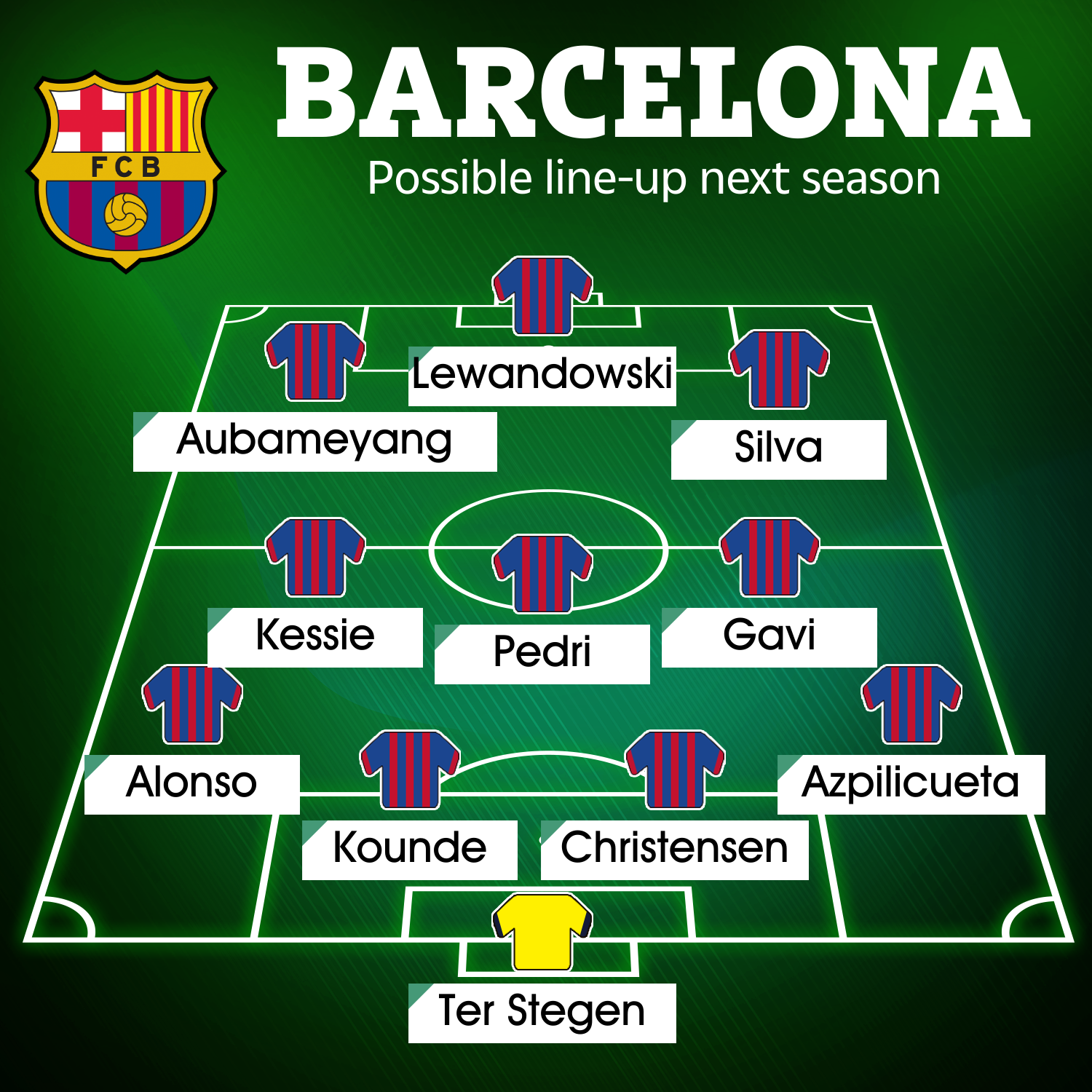 But that does not appear to be stopping them from trying to sign several high-profile stars on the cheap.

They could line-up with almost an entirely different starting XI come their first LaLiga game in August.

And that may well include a complete change in their back four with Chelsea's outgoing defenders being snapped up by the Spanish titans.

Andreas Christensen looks set to complete a free transfer to the Nou Camp after being let go by the Blues.

He could well be joined by Chelsea's club captain Cesar Azpilicueta and left-back Marcos Alonso – who has reportedly stated he wants to leave Stamford Bridge this summer.

Meanwhile, Christensen could line up in the middle of a back four alongside Sevilla centre-half Jules Kounde.

The 23-year-old Frenchman looked set to join Chelsea last summer but now appears to be on Barcelona's radar.

In midfield, Franck Kessie is expected to be confirmed after his contract expired with AC Milan at the end of last season.

He will likely join youngsters Pedri and Gavi in a midfield three – as Frenkie de Jong is heavily linked with a move to Manchester United.

And then the front three also appears set to change – with Pierre-Emerick Aubameyang and Ferrann Torres' first team opportunities under threat.

Robert Lewandowski is expected to complete the switch from Bayern Munich after making it clear his desire to join Barcelona.

And the Catalan club are also being linked with a sensational swoop for Manchester City star Bernardo Silva.

All of these deals would provide a much-needed boost to Xavi's squad as the club continue their re-build.

However, ex-Barcelona director Toni Freixa recently claimed president Joan Laporta's plan to sign a host of players is a lie.

He tweeted: “You know that Lewandowski, or Kounde, or Raphinha, or Bernardo Silva will not come? You know, right?”

Freixa then added: “I don’t buy the talk of Barcelona’s signings. They are blatantly selling smoke.

“What they say clashes with reality and I have no choice but to warn people that this is not going to happen.

“One could come in case a player is sold. It sells much more to say that Bernardo Silva is coming. If we want to sell the bike, let's sell it, I don't buy it.

“I’m going a bit against the tide. What is convenient now at Barcelona is to generate an illusion.”