BARCELONA are going through a crisis both on and off the pitch.

The Catalan giants, who sit seventh in LaLiga – are at the centre of a financial meltdown that sees them strapped for cash. 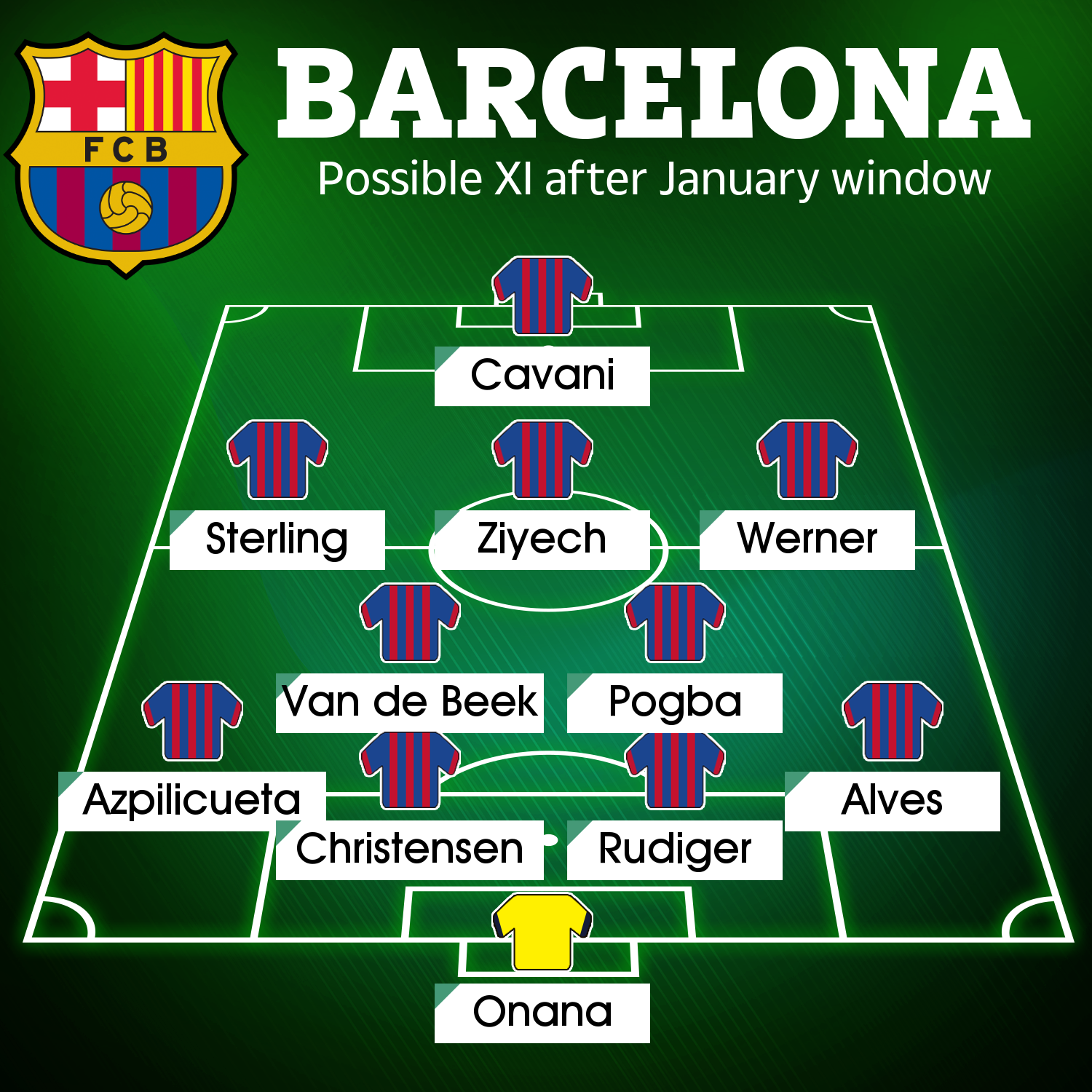 They lost club legend Lionel Messi in the summer and were forced to try and be creative in order to bolster their squad.

This recently included bringing Brazilian Dani Alves back on a contract that will see him earn just ONE EURO per month.

New boss Xavi will want to add fresh faces in the January window, but will not be flushed with a substantial transfer budget.

As a result, Barcelona could look to flood their team with a bunch of loans and players who are coming to the end of their existing contracts.

Ajax keeper Andre Onana, who starred for the Dutch side in their run to the Champions League semi-finals two years ago, can agree a pre-contract agreement with another club in January as his current deal expires in the summer.

The same can be said for Chelsea's defensive trio of Cesar Azpilicueta, Andreas Christensen and Antonio Rudiger as Blues boss Thomas Tuchel sweats over their futures at Stamford Bridge.

Manchester United man Paul Pogba's time at Old Trafford looks to be coming to an end as he continues to run down the final year of his contract.

And he could be joined at the Nou Camp by Red Devils team-mate Donny van de Beek as the ex-Ajax man searches for more game time elsewhere.

Like Van de Beek, Chelsea pair Hakim Ziyech and Timo Werner have struggled to make a major impact since arriving in England and so could also be open to loan moves.

Manchester City and England international Raheem Sterling has been largely sidelined for most of the season so far as he finds himself pushed to the side of Pep Guardiola's plans.

And Man Utd striker Edinson Cavani, who signed a one-year extension in the summer, also finds himself a Prem outcast following the arrival of Cristiano Ronaldo.

However, the stature of Barcelona could begin to dwindle if they exit the Champions League in the group stages.

Many of these high-profile players will want to play in Europe's premier competition – something Barcelona may not be able to offer if they fail to secure a result in their final group match against Bayern Munich next Wednesday.

And they are also in danger of failing to qualifying for the Champions League next season due to their current position in the league.