Skip to content
HomeLifestyleHow can I teach my teenage son to conserve water by taking shorter showers?

Q: My 14-year-old son insists on having eight-minute showers. What is he doing in there? And how can I teach him the importance of water conservation? J.F., Bondi, NSW 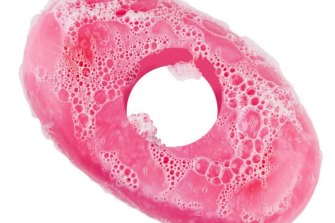 A: The second question is easy to answer: just tell him that if humankind doesn’t conserve water, we’ll all die a slow, agonising death in a dry, desolate wasteland of unimaginable despair. As for the first question, you don’t want to know the answer, but it’s slightly less depressing than the second question, so let’s focus on that one instead.

The Shower Routine of The Teenage Boy can be broken into three stages.

Stage 1: The boy steps into the shower and immediately enters an empty-headed, trance-like state, staring at the tile grouting for three minutes, wondering if mould spores have tiny little faces.

Stage 2: Teenage boys collect a tremendous amount of gunk in their sinal cavities: it’s either hormonal or they jam it up there to look cool. So now they must clear it out, making disgusting hoikkking noises for another three minutes, playing all the greatest hits of legendary indie band Son and The Snot Summoners.

Stage 3: Time for soaping. They start with the face (6 seconds), move down to the torso (12 seconds), then finish below the torso (3-25 minutes). And that’s it. They turn off the shower, towel themselves dry, and replace the bar of soap because there’s not much left of the one that was there.

This is why your son is taking such long showers, and why you need to hurry him up by turning off the water supply at the four-minute mark. Or buy non-lather soap so there’s not much for him to do in there. And non-lather shampoo, too: teenage boys can be very resourceful.

To read more from Good Weekend magazine, visit our page at The Sydney Morning Herald, The Age and Brisbane Times.