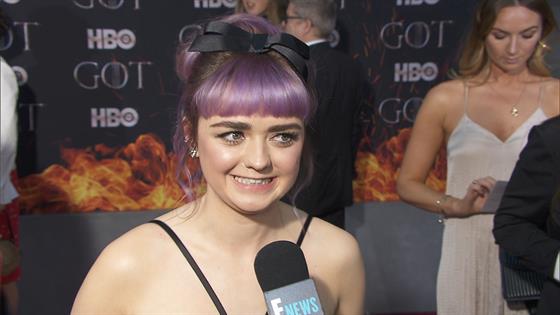 Asked to identify Maisie Williams‘ soulmate, we’d be hard-pressed to name anyone but Sophie Turner.

The best friends, brought together by Game of Thrones back in 2011, have a closeness more akin to siblings because, duh, they kinda are. And their bond was clear even before the British actresses kicked off their eight-season run as sisters Arya and Sansa Stark.

“I thought Sophie was the coolest thing I’d ever seen,” Williams recalled to Rolling Stone during a joint cover interview last March. “I get why they do chemistry reads, because when it’s right, it’s so right. Like, we’re best friends. And they could see that all those years ago, and it must have been real magic watching these two girls have the best time together.”

But, as it turns out, there’s room for more than one great love in each of their lives. 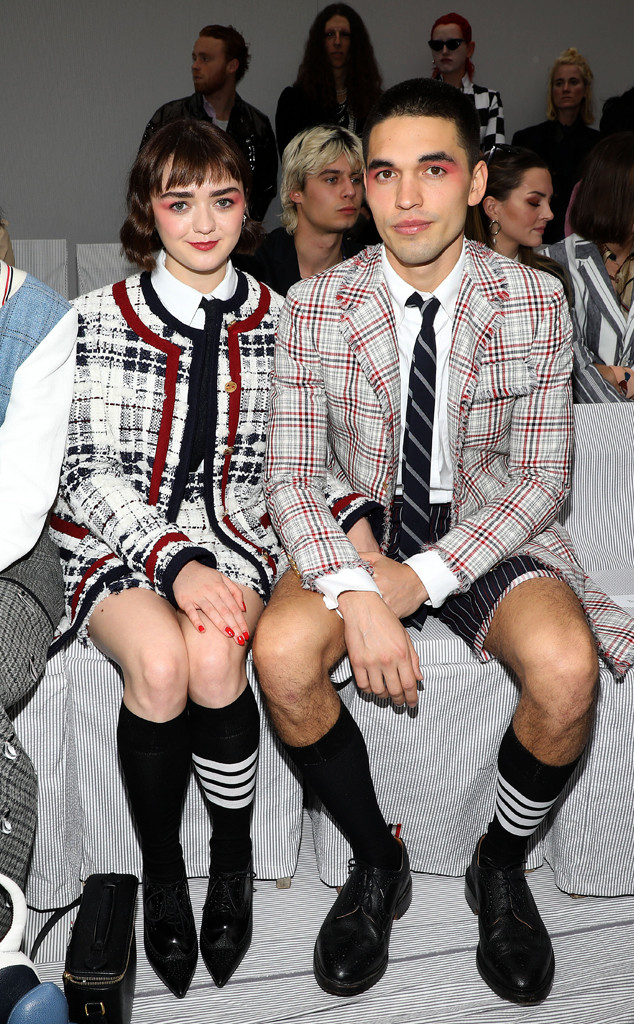 The man in question is 22-year-old Reuben Selby, the modeling agency owner she connected with when he was tapped to serve as communications director for Daisie, her networking app for creative types. And while it remains to be seen if Turner will be standing up in their future wedding as Williams did when the 24-year-old wed Joe Jonas last summer, the two are having an awfully good time living it up in matching ensembles (and complimentary beauty) front row at fashion month.

Their oversized sweater looks at last month’s Loverboy show in London were just the latest of their coordinated efforts, the pair having opted for similar blazers and rose-tinged locks at Jonas and Turner’s pre-wedding white party in June, a his-and-hers monochromatic vibe at Wimbledon weeks later and plaids with pink eyeshadow at Thom Browne in Paris last October.

“We like to wear matching outfits,” the two-time Emmy nominee confessed to Vogue. “Like a 70-year-old couple.”

white party for the bride and groom ?

white party for the bride and groom ?

And, who knows, perhaps that’s just where they’ll be in another five decades. They’re certainly already off to an auspicious start.

Though in her early twenties, Williams has already experienced the joy and heartbreak of first love, dating classmate Ollie Jackson for some three years during her GOT run.

“He’s really sweet,” she told NYLON in April 2016. “I feel like I’m in love right now, but I don’t know what I am going to feel like down the line.” That same year she seemed more certain in her chat with InStyle, allowing that more than 12 months in, “I guess you could say things are getting pretty serious.” They had met in school she continued, “And now he’s my boyfriend! People feels it’s strange that someone who’s famous can go out with someone who’s normal. I don’t meet anyone else. Maybe I’m doing it wrong, but I don’t go to all these parties. I don’t meet the other young male actors. I just like normal people, I guess.”

Her new guy Selby is ostensibly just as “normal”, in that he doesn’t have an IMDB profile. But the younger brother of three successful chefs is a man of varied talents.

A model and photographer in addition to running his modeling group, The Contact Agency, his snaps of Williams began appearing on his social media feed back in August 2018. But it wasn’t until the two began turning up in New York and Paris, holding hands as they navigated the cities, that people caught on to his Instagram Boyfriend status. And if his coveted spot as Williams’ plus-one at Jonas and Turner’s destination wedding at a French castle last summer didn’t reinforce the seriousness of their relationship, the role he played at last fall’s Emmys certainly did.

Set to be recognized for her Game of Thrones work for the final time, the outstanding supporting actress nominee had a clear vision for how she’d like to appear. “I’ve always wanted the perfect custom red carpet dress—something that I feel really confident and comfortable in,” Williams explained to Elle. And she knew just who would be up to the task. “I asked Reuben if he would design something with me in mind: my height, my shape, my likes and insecurities,” she continued “He must’ve drawn up around 30 sketches.”

Having crafted something “effortless, but empowering at the same time,” as he put it to the outlet, he and Williams handed over their favorite options to JW Anderson creative director Jonathan Anderson. “It just so happened that Jonathan preferred our favorite sketch,” she shared at the event. “Jonathan took Reuben’s sketch and added the defining details. We had a lot of fun and, most importantly, I feel amazing in it.” 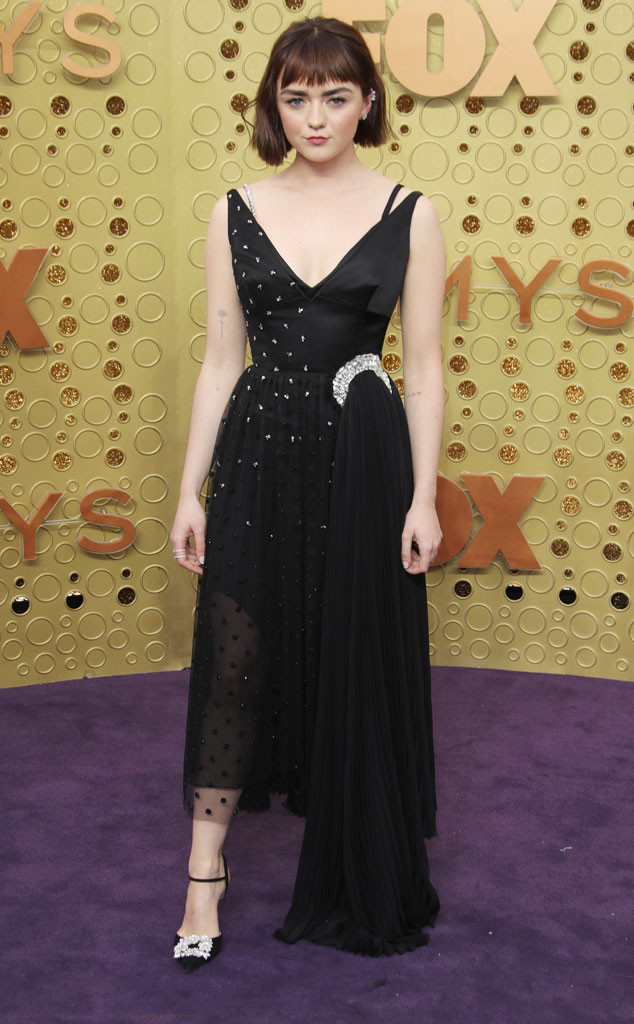 “Last year, in my own personal life, I think I just went through a lot of real revelations where I was like I’m not very happy doing this and pretending everything was fine,” she noted during a May appearance on the Happy Place podcast. “And so, that wasn’t a public thing but after going through that, now I’ve sort of tried to be a lot more genuine and it just becomes a lot more relaxing after that I think. You just drop it all and that’s when you can really have fun.”

Having made “a couple of really big changes,” she continued, “it was the most incredible thing when one morning a few weeks ago I just woke up and I’m like, ‘God, all the things I’m doing this week I’m really excited for.'”

Should that include another front row fashion month appearance with a certain stylish date in a matching ensemble, all the better.