MANCHESTER UNITED host Arsenal in the pick of this weekend's Premier League action.

With little rest for either side, the two giants will go head-to-head on Sunday evening after midweek wins in Europe. 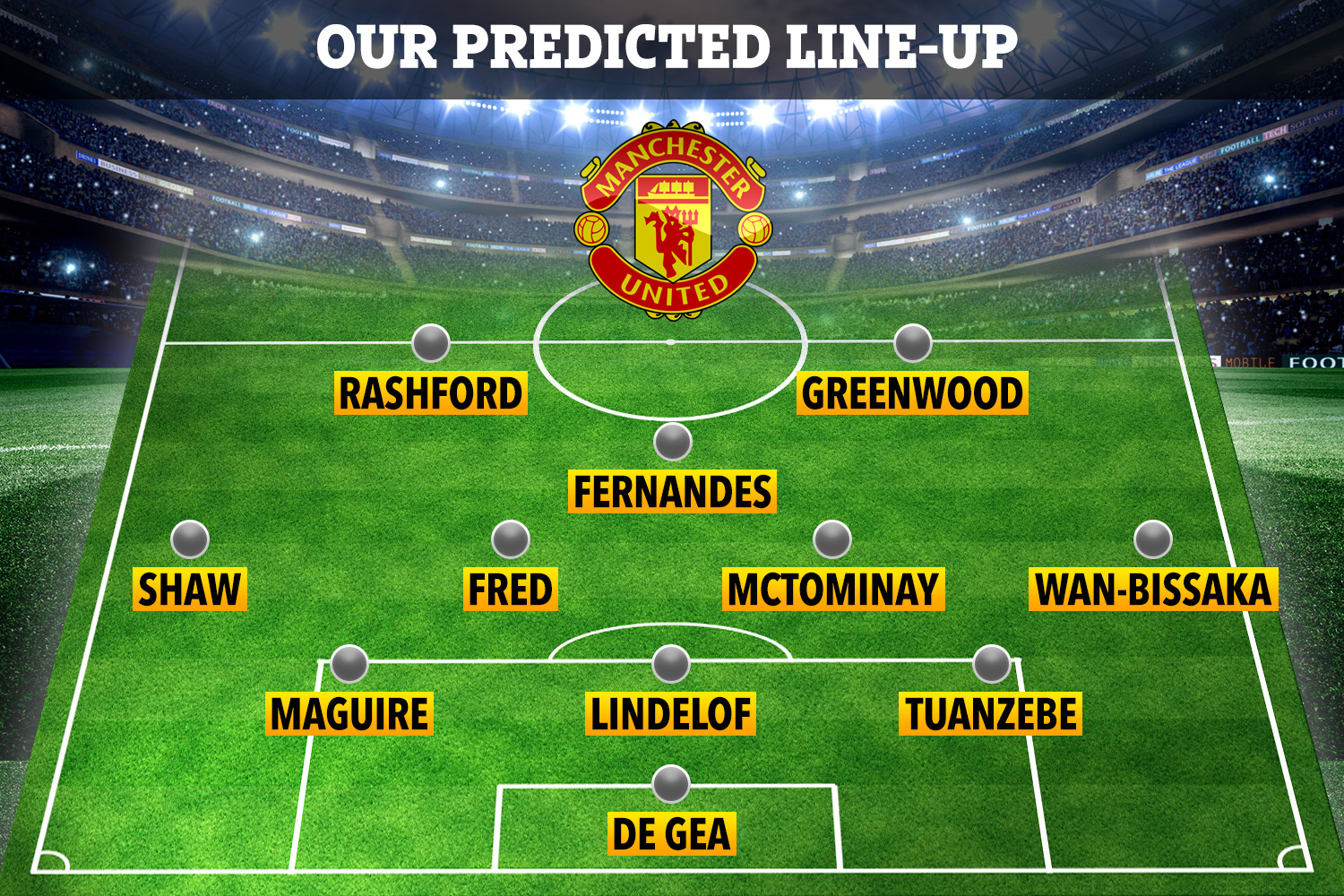 United battered RB Leipzig thanks to a Marcus Rashford hat-trick off the bench, while Arsenal cruised past Dundalk.

And Rashford is set to lead the line against the Gunners along with Mason Greenwood, who also scored against Leipzig after being recalled to the team.

Anthony Martial will continue his suspension for Sunday's game at Old Trafford.

And Ole Gunnar Solskjaer could therefore be tempted to send out his Man Utd team in a 3-4-1-2 formation.

David De Gea is set to keep Dean Henderson out of the team.

And Axel Tuanzebe – so influential against Paris Saint-Germain earlier this month – could return to a back-three.

Tuanzebe would likely partner up with Victor Lindelof and Harry Maguire.

However, Solskjaer could opt to leave Tuanzebe out, with Lindelof, Maguire and Shaw comprising a back-three – although that would force the United captain out of his favoured spot on the left of the trio. 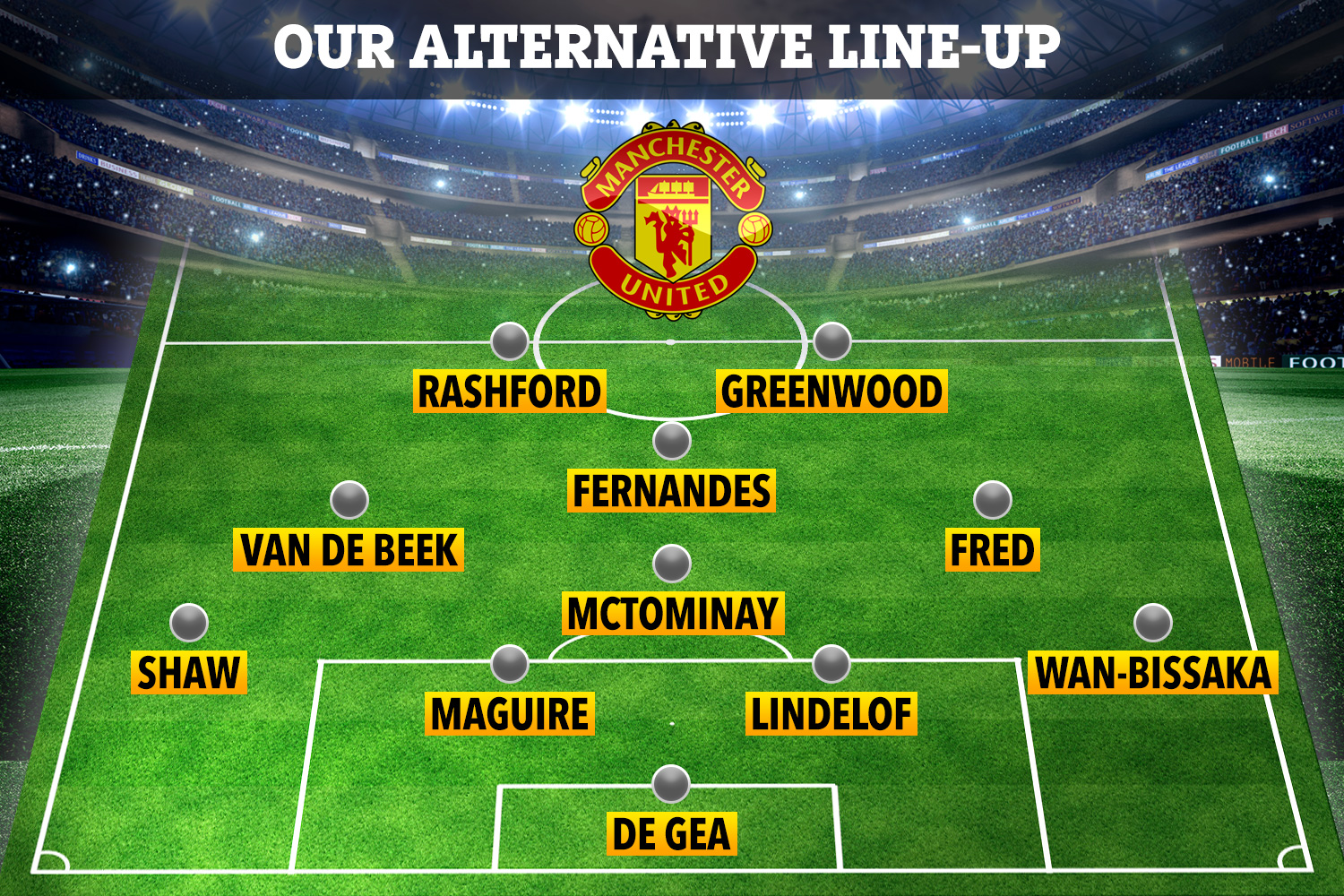 With the centre-mid ranks easily United's strongest suit, that could play to their advantage.

In this set-up, Scott McTominay and Fred would likely continue their impressive partnership in the deep tandem.

Bruno Fernandes will take the starting spot at No10.

However, Nemanja Matic, Paul Pogba and Donny van de Beek – who all played against Leipzig – will hope to sneak into Solskjaer's starting XI.

In attack, Greenwood and Rashford could both start centrally with Martial still sidelined after lashing out at Erik Lamela in the 6-1 mauling against Tottenham.

Solskjaer could decide to send out his team in his preferred 4-2-3-1 formation.

But that might not be the best way to go against Arsenal – especially with Martial injured. 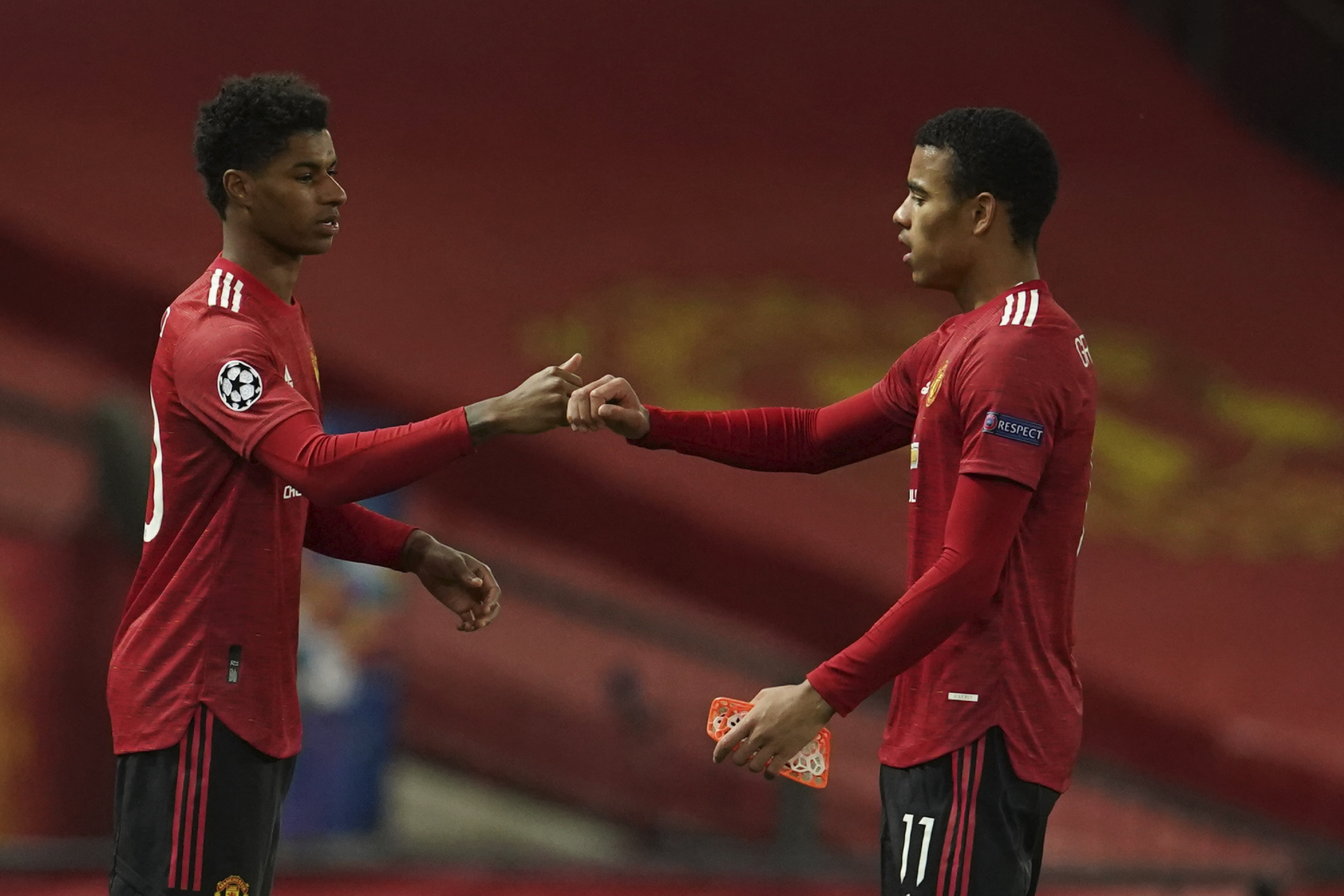 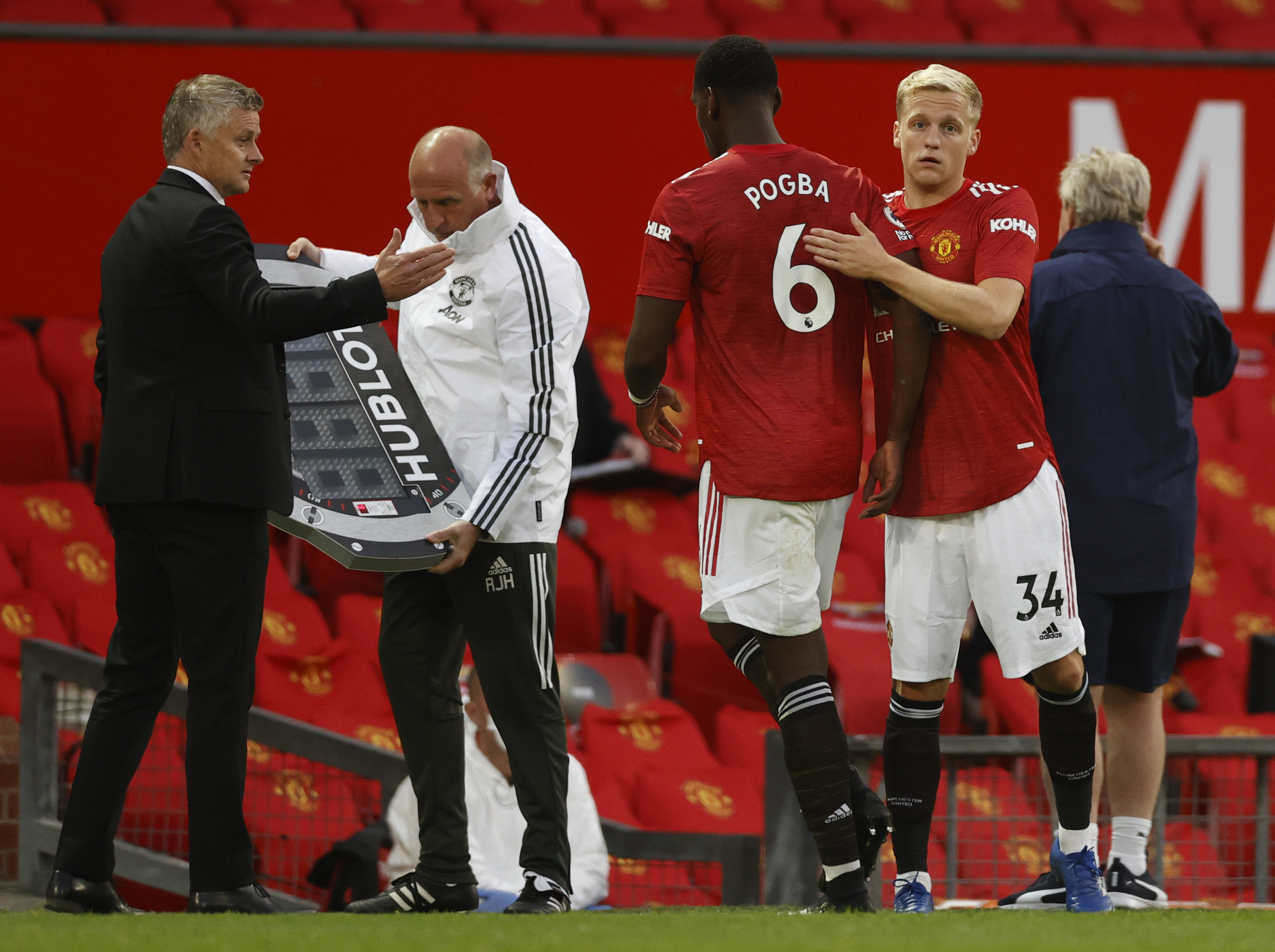 Solskjaer may decide to play Rashford and Greenwood on the wings with Cavani central.

Or Rashford could start in the middle with Greenwood and one of Juan Mata and Daniel James on the wing.

But, in order to get his best players out on the pitch, fans on social media have been crying out for a 4-1-2-1-2 formation.

In that scenario, Solskjaer could in theory play McTominay, Pogba, Van de Beek AND Fernandes – although that's a smidge attacking against a side as dangerous as Arsenal.

Should the boss opt 4-1-2-1-2 is the way to go, it's likely McTominay would play as the deepest of the central four.

Fred and one of Pogba or Van de Beek would play in the middle, with Fernandes at the tip of the diamond.

This formation would again allow Rashford and Greenwood to play in their strongest central role up front.