Tiki Barber may be a veteran when it comes to running the TCS New York City Marathon, but with the race going virtual due to coronavirus, the former New York Giants running back is taking a “relaxed” approach this year.

“It’s interesting, I feel like it’s not as intense as when I’m getting ready to run the actual New York City Marathon,” Barber recently told Page Six. “It’s just not as intense, I feel more relaxed, which actually could be a good thing. Or it could come back to haunt me when I get [to] Mile 15.”

Like “Dancing with the Stars” contender Nev Schulman, Barber is also taking part in the virtual 26.2-mile race, in which participants can run anywhere in the world between Oct. 17-Nov. 1. The radio host plans to run with a close friend, but they’re still finalizing a game plan. 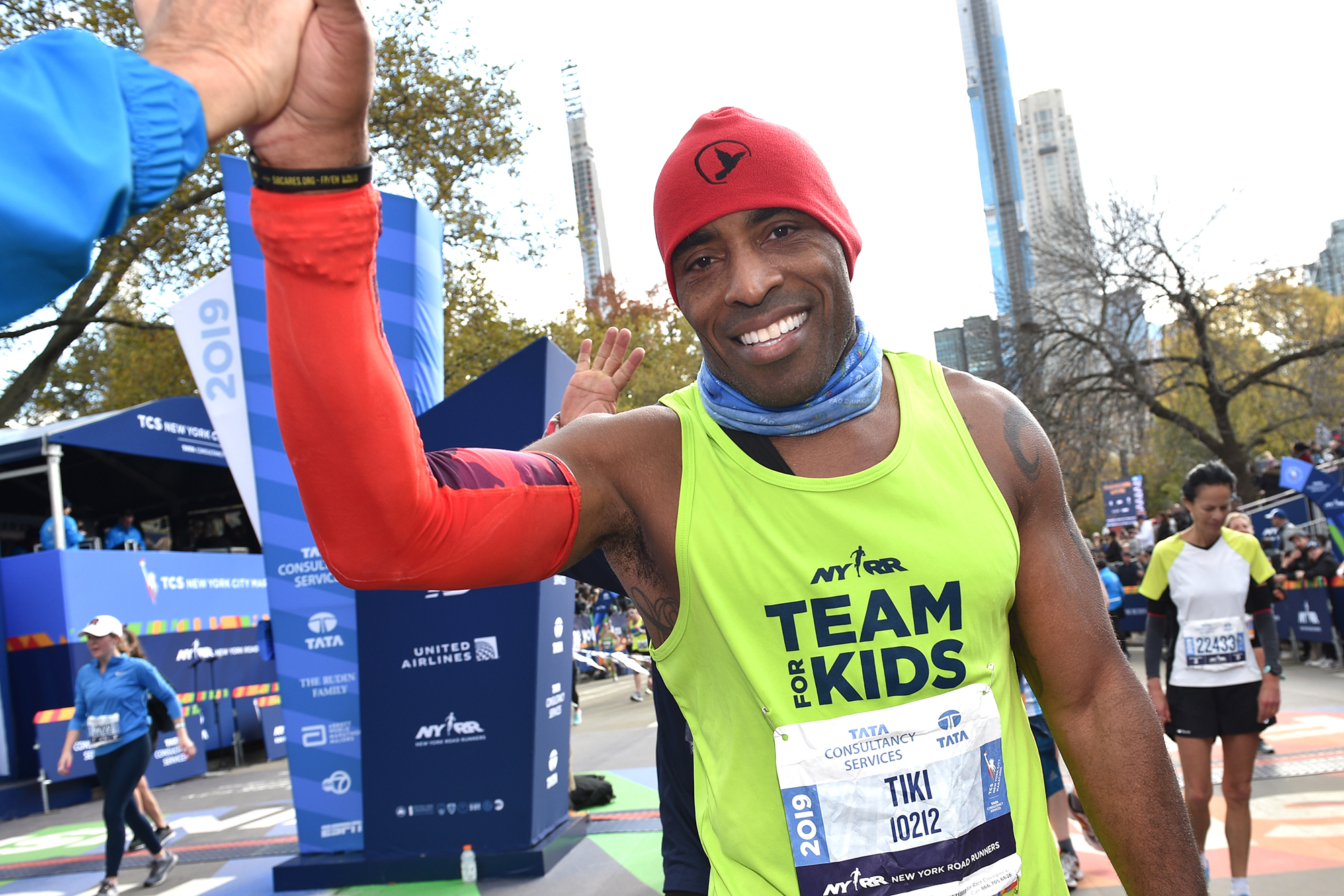 “We’re still deciding a route, but I think what we’re going to do is start on the GW [George Washington Bridge], run across the GW — so we’ll start on the Jersey side of the GW — and down to Battery Park, and then back up — that’s on the west side — and back up the east side, and finish in Central Park,” Barber said.

“It’s about 26 miles, so we’re going to have to get really granular because we don’t want to overrun or underrun, but that’s basically our route. We’re going to circumnavigate the bottom of Manhattan, then come back and finish in Central Park, that’s the plan,” he continued. “We’re just missing out on all the boroughs.”

Barber, 45, said he also plans to keep the post-race plans low-key this year amid the global health crisis.

“When we finish, our wives are going to meet us in the park just to, I don’t know, wave a flag or hold a ribbon or something, something that shows were finishing,” he said. “Then we’ll come home and have a drink in either of our basements, probably mine. Maybe it’ll be nice outside and we can sit on the deck. It’ll be a local celebration.”