HUGHIE FURY suffered a horrific gash with his eyebrow hanging off after clashing heads against Mariusz Wach.

The cousin of WBC champion Tyson set out to make a statement on Anthony Joshua's undercard. 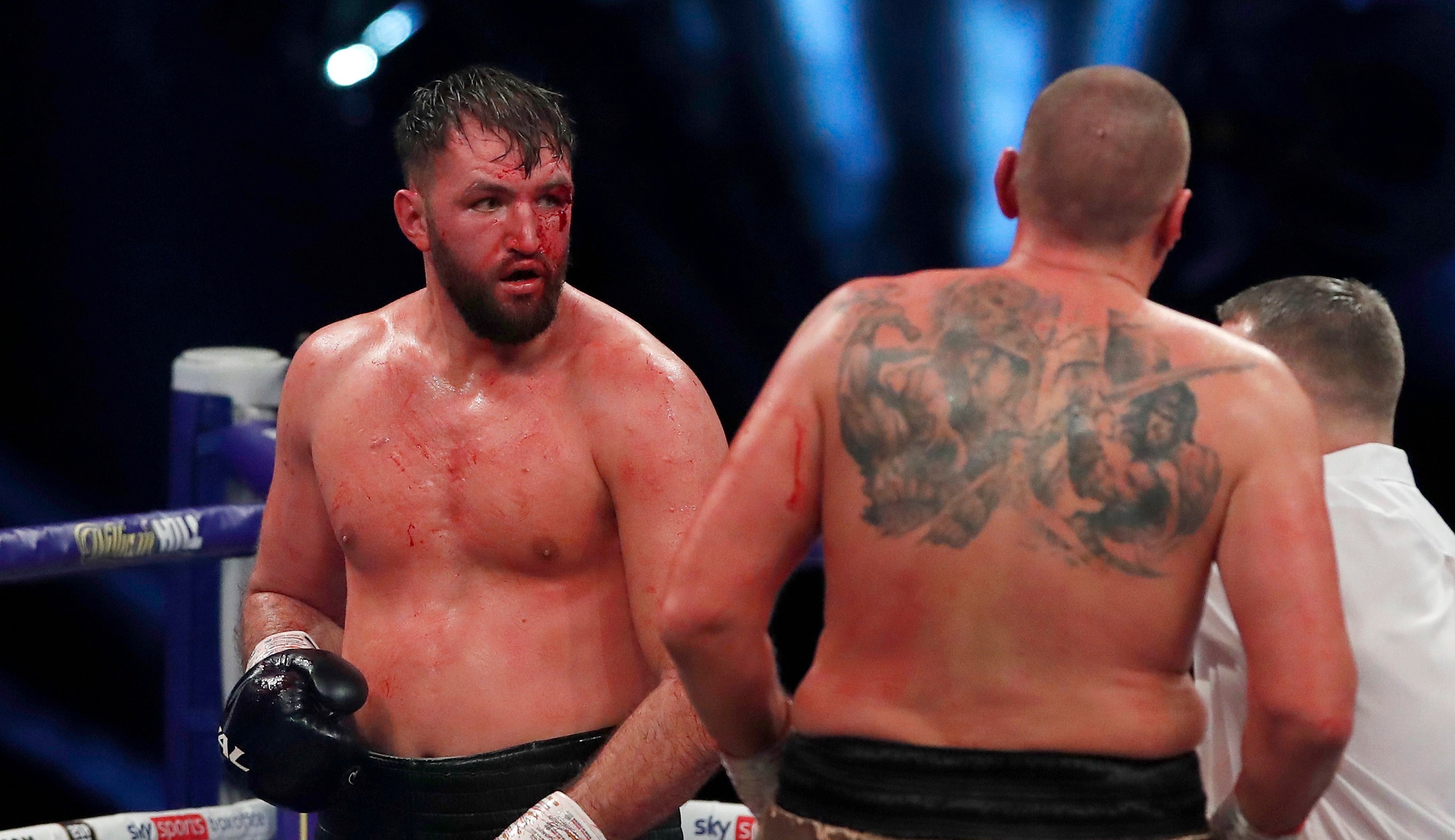 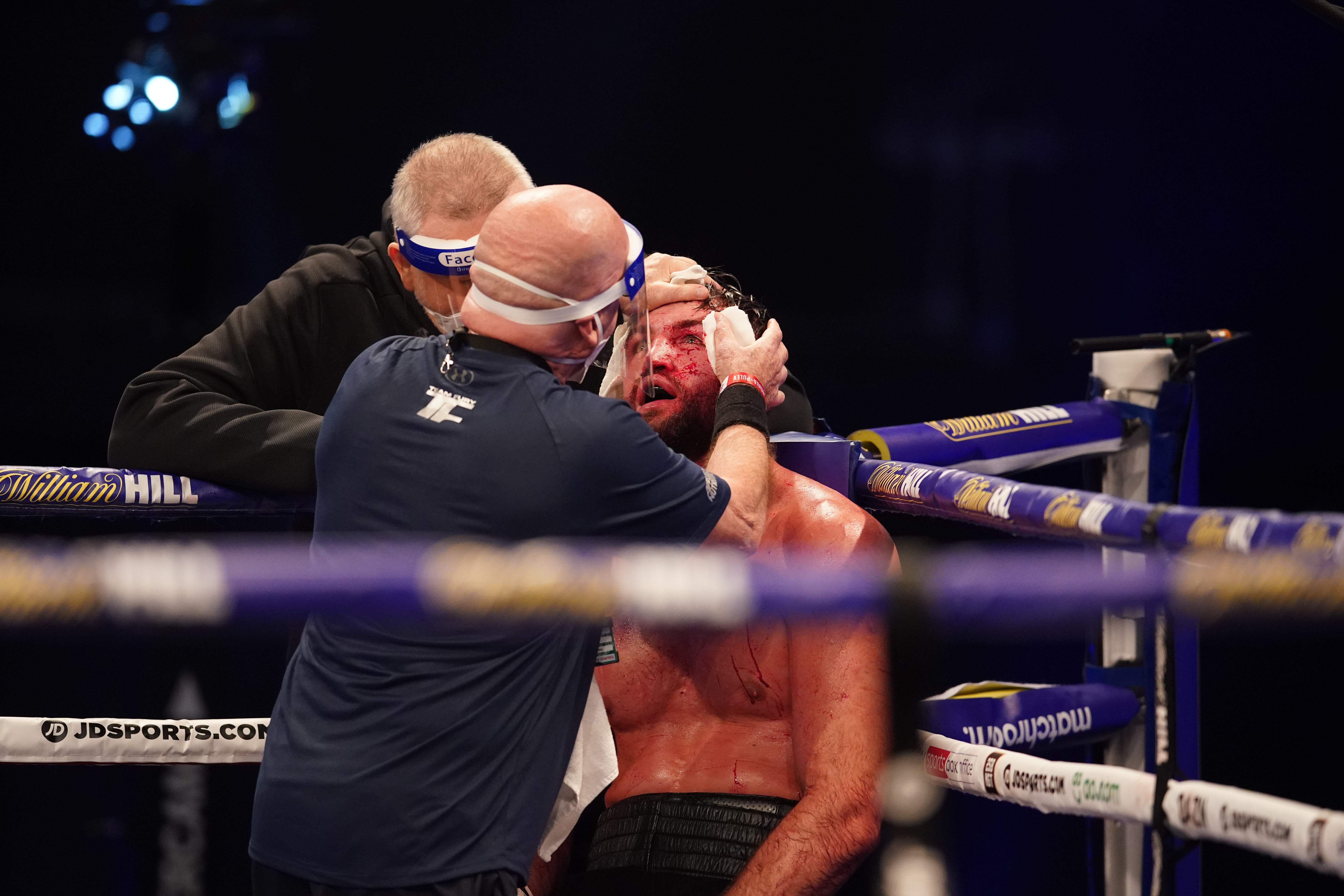 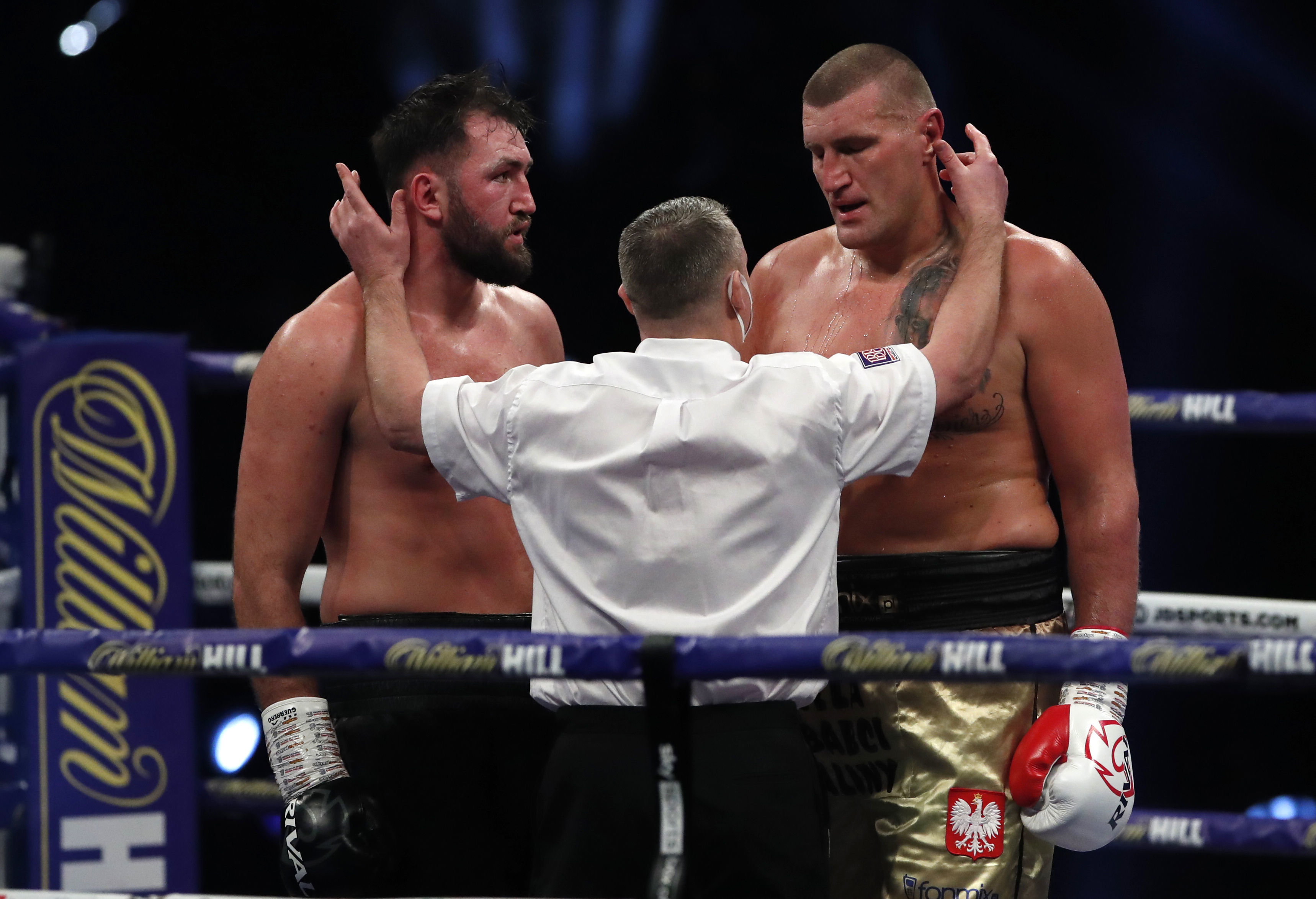 After three rounds of ditching his usually cautious, back foot boxing approach, Fury had raked up an early lead.

But by the fourth, he suffered sudden adversity as he was left with his eyebrow gruesomely hanging on by a thread.

As the bell for the round sounded, the 6ft 6in Brit rushed across the ring and landed a massive right hand which forced Wach to cover up.

But the drama in the session played out towards final stages as the two had an accidental clash of heads when they came to blows in the corner.

The ringside doctor took a look at the cut but deemed Fury fit to continue, to avoid the fight ending there and then and going to the scorecards.

As the pair came out for the fifth they did so swinging, with Fury looking to get on the inside as protect his seeping wound.

The pace of the fight slowed down heading into the second half of the bout, but Wach was on the end of a convincing beating.

Fury was scoring frequently with right hands and one-two combinations down the middle as he began to take his time, having been to eager to impress earlier on.

By the seventh, Fury got into a better rhythm, switching stances and scoring with constant jabs with the odd straight shot piercing through the guard. 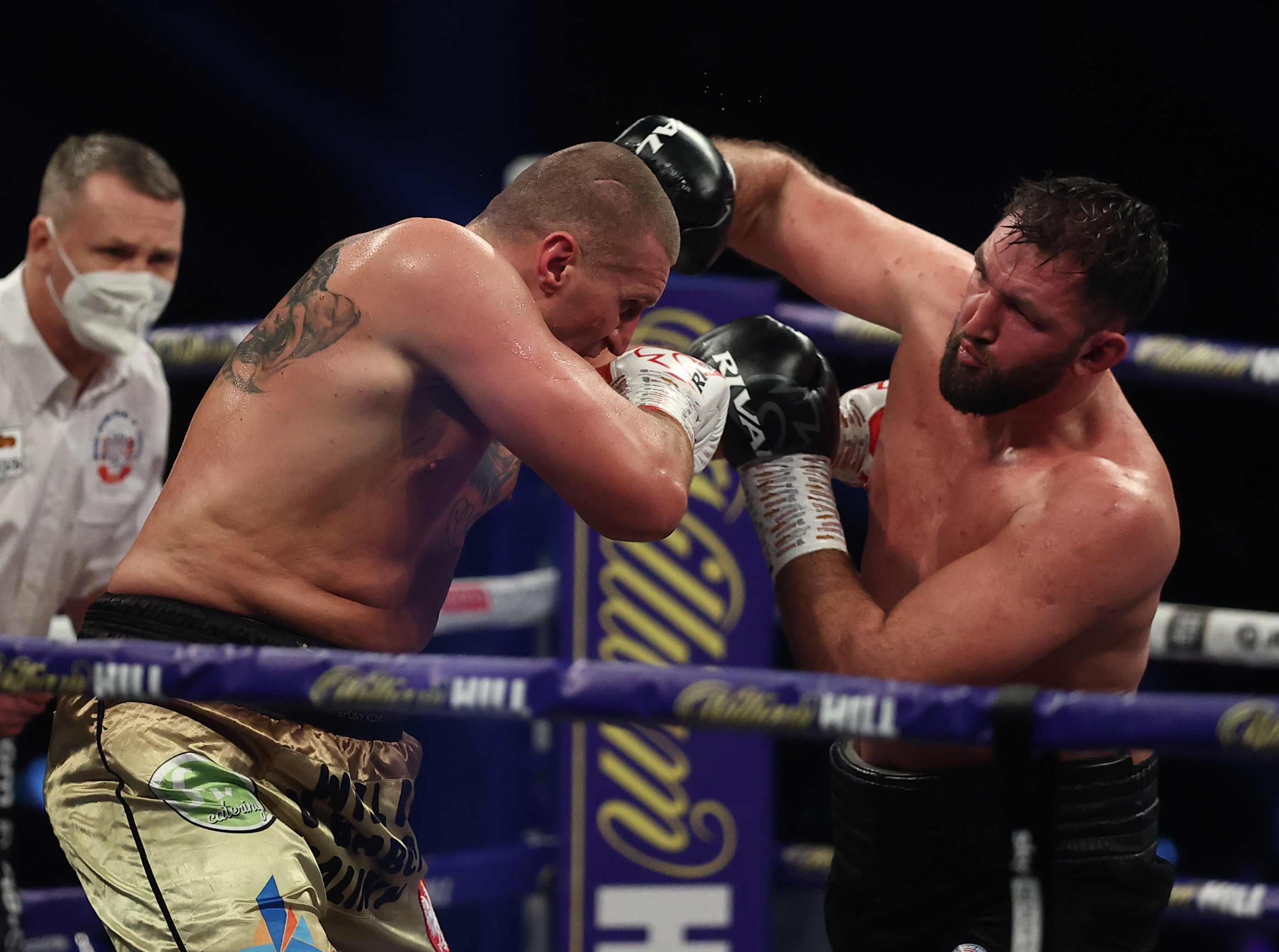 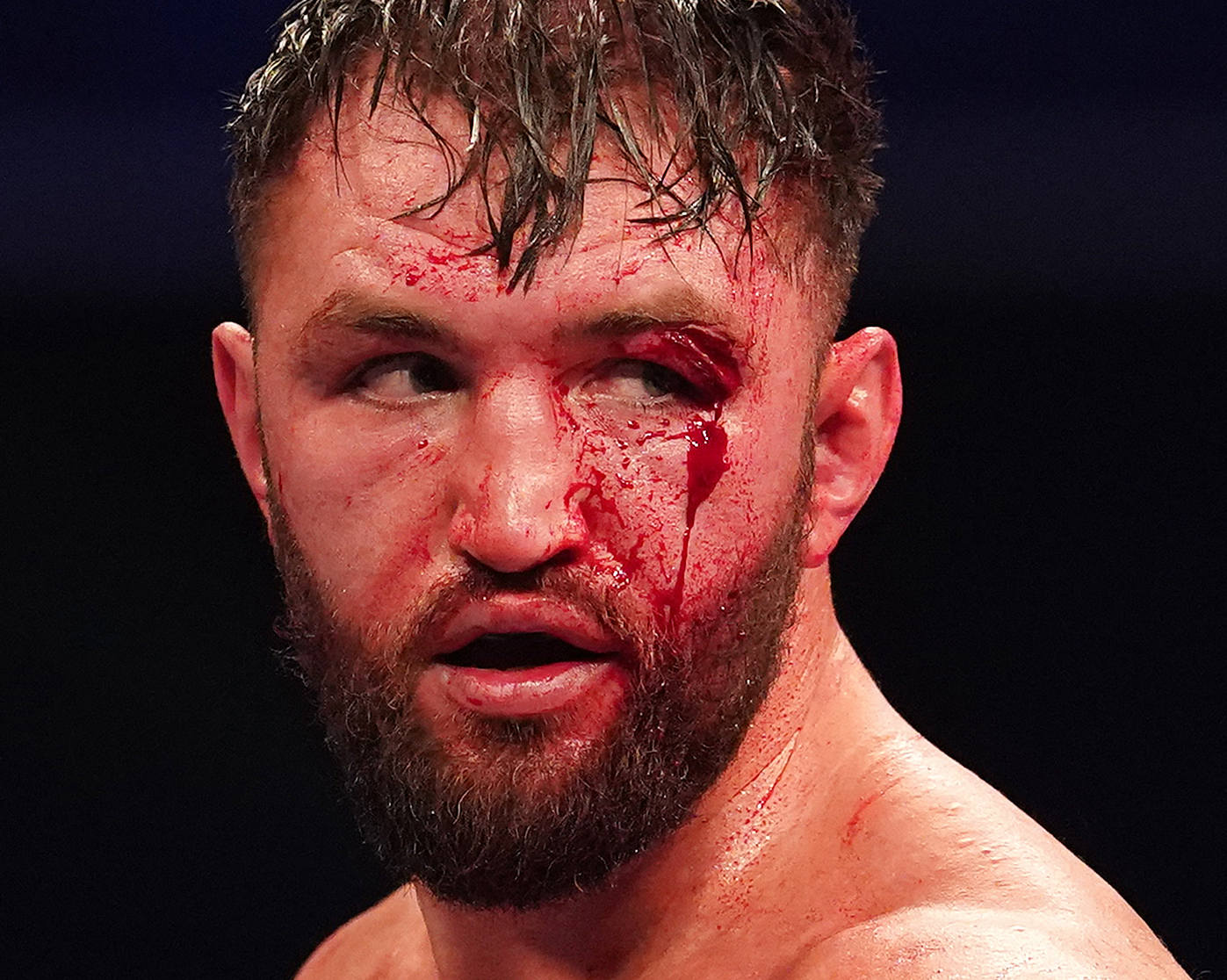 Wach – who took Dillian Whyte all 12 rounds last year – proved value for money as he withstood the onslaught coming at him.

The final two rounds were further domination for Fury, who battered his Polish opponent's head and body, while flicking out the jab.

The heavyweight contender – trained by his dad Peter – has lost only to Povetkin, Kubrat Pulev and Joseph Parker, for the WBO belt in 2017.