There was magic in the atmosphere on this morning’s GMB as illusionist Darcey Oake made presenter Kate Garraway, 52, disappear live on air.

Appearing on the ITV breakfast show to promote his tour, the 27-year-old magician from Canada, who found fame on Britain’s Got Talent in 2014, was tasked with using his skills to temporarily send Kate into another realm.

Kate removed her shoes and stepped inside the black box before crouching down so that Darcey could close the lid.

Insisting that the trick was being done in real time and no fancy camera angles were being used, he told viewers at home: ‘I want to make it clear that this is live television – one continuous shot – the camera will not cut away.’

After a few short moments, Darcey cast his hands over the box before picking it up and folding it to prove that Kate had disappeared.

With Kate no where to be seen, there were audible gasps from the studio and Ben who tried to listen out for Kate. 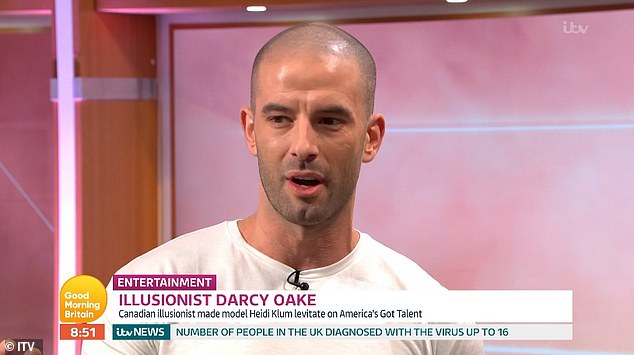 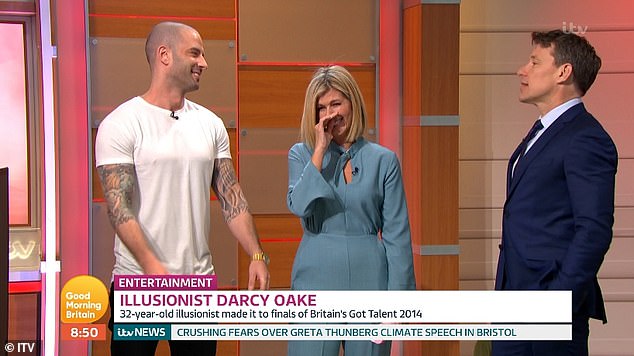 But before she stepped into the black box that was placed on a table, Kate’s co-host Ben Shephard jokingly asked whether a trick he carried out had ever gone wrong.

‘Sometimes, but the audience doesn’t know what to expect so a magic trick never goes wrong, it just gets longer,’ Darcey explained.

‘You just fake your way through it. You just keep going.’

Whilst the trick was impressive, some viewers watching at home took to social media to ‘expose’ Darcey’s trick. 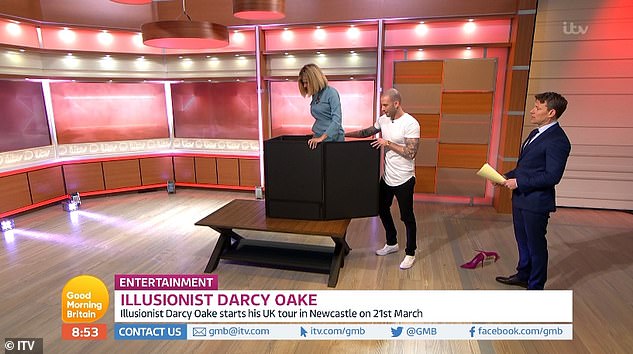 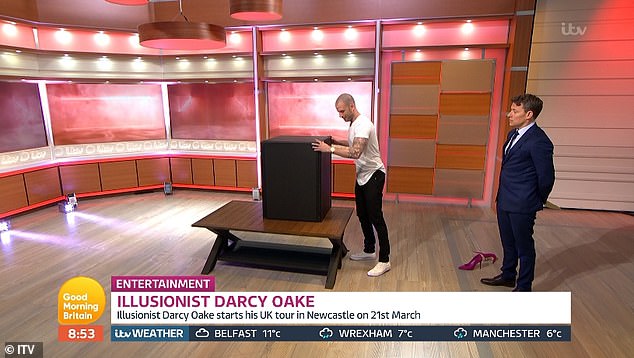 As she crouched down, Darcey closed the box before making her disappear 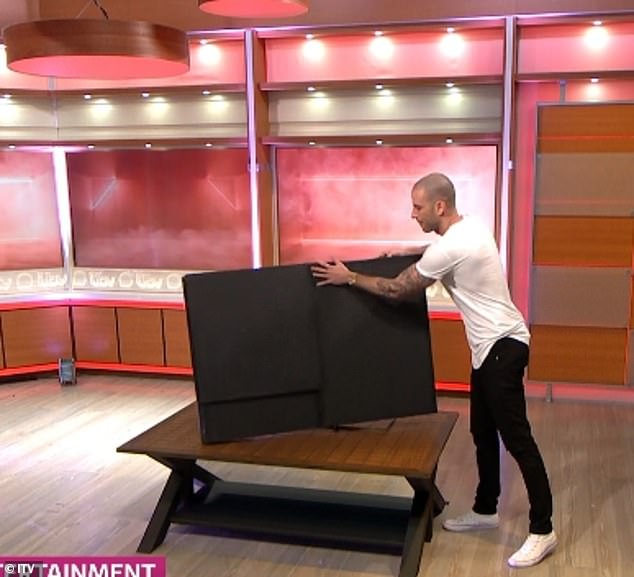 But as Darcey closed the box to show that Kate had disappeared, fans spotted a ‘trap door’ on the table

Believing that they had spotted a trap door within the table when Darcey folded up the box, one Twitter user posted on Twitter: ‘Making Kate ‘disappear’ on #GMB They should have made the trap door in the table disappear first.’

‘Mirrored floor gives the illusion of the floor being there and then Kate basically climbed into a hole prior to the collapse #gmb #Lorraine,’ another shared.

A third user shared on the social networking site: ‘Kate has to be in on it otherwise the trick cannot be done. Plus the bit he was yapping Kate crawled away at an angle we aren’t privy to. #GMB.’ 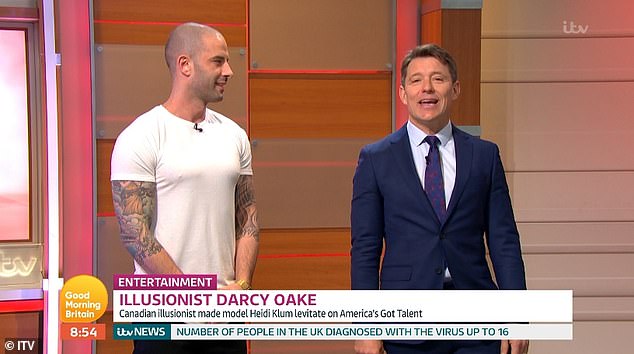 Ben Shephard was visibly shocked when Darcey made Kate disappear

Before he made Kate disappear into the abyss, Darcey revealed that he was embarking on an 11 date tour across the UK starting on March 21.

Revealing how excited he is to be touring the nation, Darcey explained: ‘It’s nice to come back and debut a lot of new material.

‘It all took off for me here so to come back is a dream come true.