Boris Johnson and Carrie Symonds revealed they intend to marry and are expecting a child just 11 months after the Prime Minister of the UK agreed his divorce deal with his second wife. The politician has told reporters he is “absolutely delighted” to be having another child.

What sort of dad might the Prime Minister make and what clues did the couple give that they are expecting?

Boris Johnson is known for his sense of humour and his sometimes clownish behaviour.

Judi claims the current uptick in this good humour is the one clear sign we all missed that the PM was hiding good news about his and Carrie Symonds’ pregnancy. 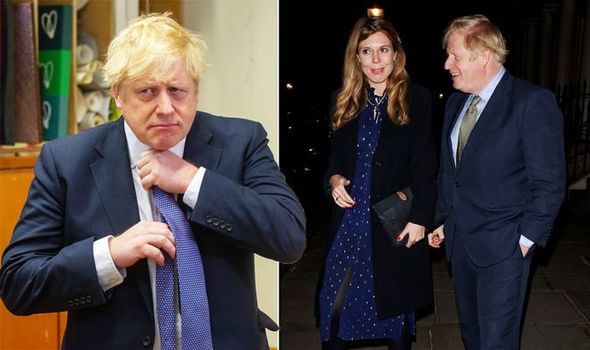 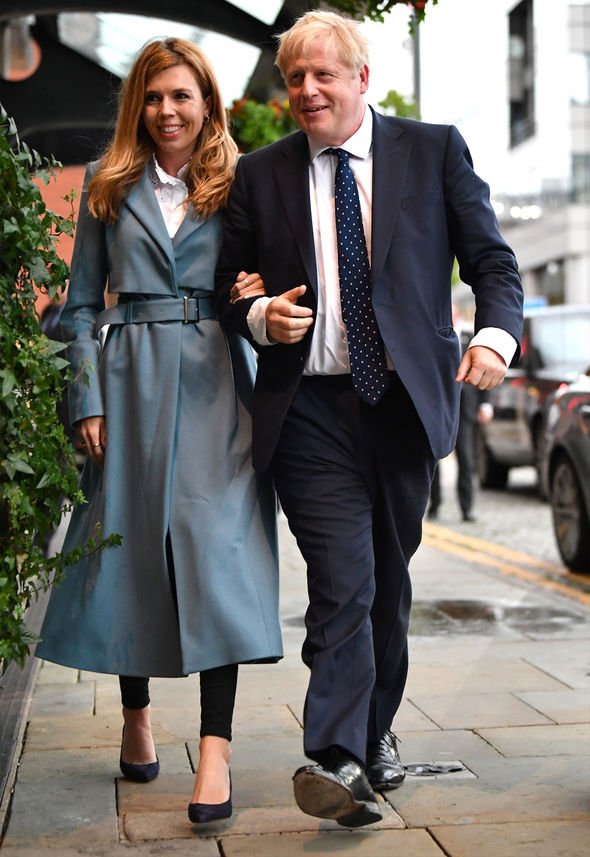 Judi exclusively told Express.co.uk: “Boris Johnson tends to be a two-trick pony in terms of his body language presentation, flipping with some ease between ‘Bumbling Boris’, the bashful and often bemused-looking version of the PM who ruffles his hair and sticks out his stomach to look as close as possible to a naughty but ‘loveable’ schoolboy, and ‘Warrior Boris’, the Churchillian war-horse who flattens his hair and adopts a piercing eye and stabbing, pointed finger to win points at the dispatch box.

“The Bumbling version has been very much to the fore over the past few days, with the hair ruffled in a way that suggests a balloon might have been employed to get that extreme level of static peaking.”

While the expert claims this behaviour might be “inappropriate” for the Prime Minister’s current responsibilities, it was a sign the pair were expecting.

She said: “The look has been inappropriate in terms of the kind of strong leadership needed over the Coronavirus, floods and the bullying accusations, so it appears to be a snapshot of the kind of signals we should have been spotting as the dad-to-be kept Carrie’s pregnancy under wraps.”

What kind of dad can we expect Boris Johnson, undoubtedly known for his boisterous character, to be – according to the expert?

“This will probably also be the version of Boris that we will see once the baby is born,” Judi said.

“In terms of body language signalling it tends to look very much like a pseudo-infantile diversionary ritual.

“This occurs when an animal acts like a baby animal in a bid to avoid or deflect attack (or criticism in the case of humans). 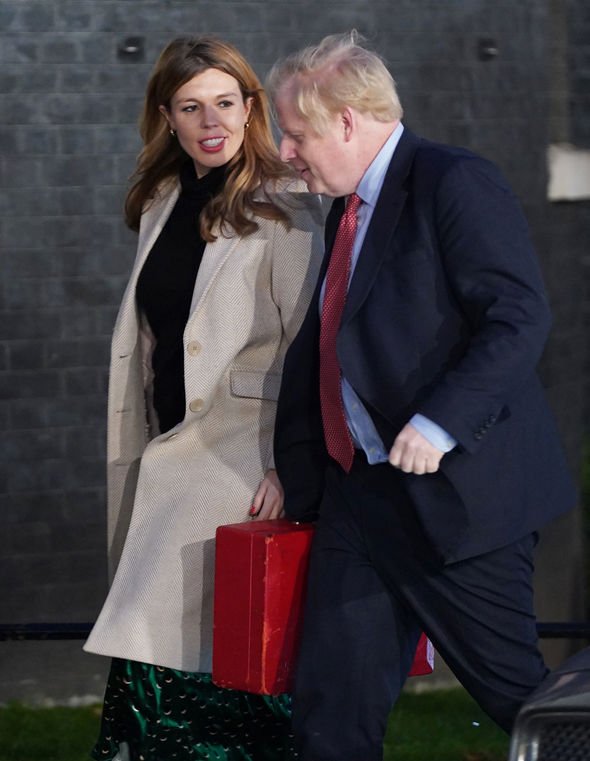 “In Boris it will be counter-intuitive as he has plenty of experience in the roles of husband and father but the bashful, dishevelled and bemused look will probably help him to present more as a shy, first-time and rather embarrassed dad.”

Can the public expect to see much of the Prime Minister’s and Carrie Symonds’ baby?

“Like Trump, Boris tends to prefer keeping the stage and the spotlight to himself so I doubt we will see very few poses involving Boris with a baby-carrier slung around his front,” Judi said.

“When he is with Carrie he tends to avoid all but the necessary PDAs and it is usually only her efforts that make them look like a couple.” 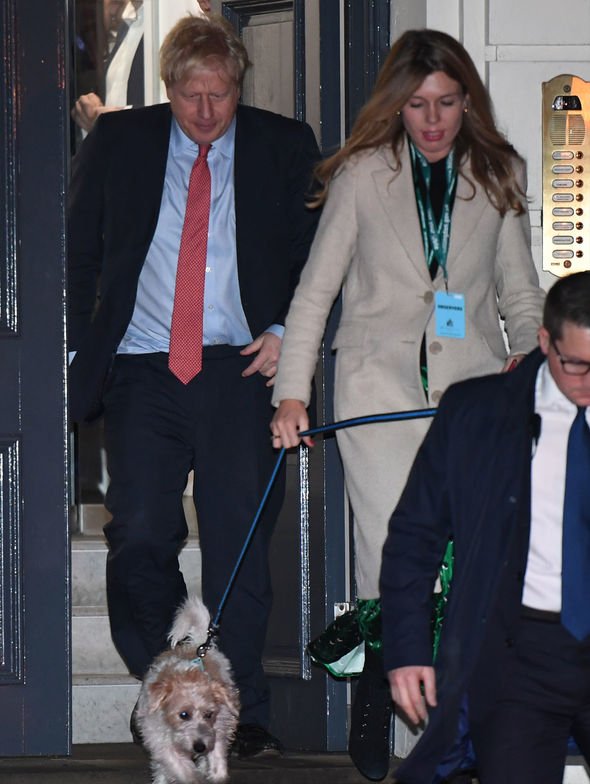 The body language expert sat down with Express.co.uk to delve deeper into Boris Johnson’s relationship with the former Conservative Party employee.

Boris Johnson and Carrie Symonds have come under fire for a holiday taken together over Christmas. The couple vacationed on the private Caribbean Island of Mustique, a holiday worth thousands of pounds.

The controversy came into play when Boris listed the holiday as a “gift in kind” from businessman David Ross, causing political opponents to demand full disclosure as to how much it cost and what was paid for by the donor.